Open Up! Technology for transparency and open government 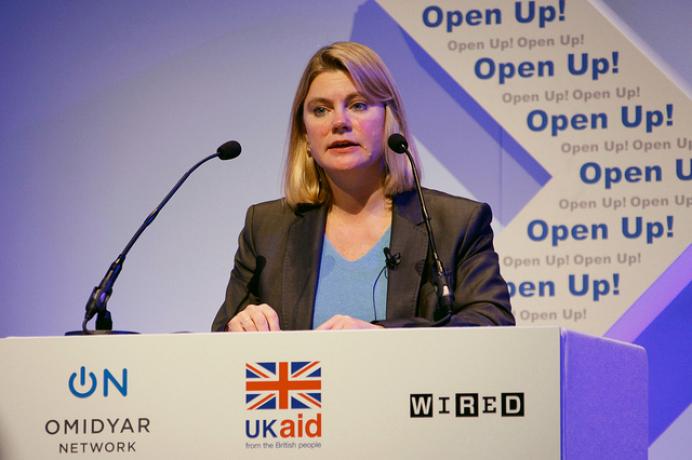 The potential of new technology for advancing transparency and open government was the theme of the Open Up! conference on November 13th in London. Co-hosted by Omidyar Network and DFID in association with Wired magazine, the event brought together an impressive group of leading technologists, private sector innovators and civil society practitioners to galvanise action in this fast-growing field to improve development outcomes for millions of poor people.

The event was very well received: 70% of the delegates said they are likely or very likely to support or invest in technology for open government in the future. Open Up! messages reached 4.5 million Twitter accounts on 13 and 14 November. #OpenUp12 trended on Twitter in many locations including London, California, Lagos and Nairobi.

In her opening address International Development Secretary Justine Greening emphasised her personal commitment to this agenda and her belief in the role that technology plays in advancing open economies and open societies: “I have been clear that technology and innovation will be a constant theme in my work at DFID, and that I expect to see the department making the most of the latest advances in technology and research.”

She committed DFID to use digital tools – internet, social media, mobile tools – “to help deliver our programmes, seek feedback from those who benefit from our programmes, and communicate more transparently. The event also underscored the UK’s commitment to the Open Government Partnership, which it co-chairs with the Government of Indonesia.

Mobile telephony is spreading rapidly across the developing world through smart private sector investment at ever cheaper rates. Improved broadband connections across Africa are speeding up connectivity and enabling access to the internet for millions of people. Social media sites are attracting large numbers of new users. Many innovations in new technology for transparency are being driven by investors and social entrepreneurs in Africa, Asia and Latin America. All this provides fertile soil for advancing transparency and openness.

But the excitement over the potential of new technologies is underlined by a strong sense of realism. Connectivity is very uneven, especially in large parts of rural Africa, where people need to walk some distance to use their mobile phones. Mobile phones are often used by men whereas women are the primary users of government services. Batteries can be very expensive and charging phones not easy with fluctuating electricity supplies. Excessive government regulation can limit competition and cramp innovation. More fundamentally, illiteracy continues to deny access to text services for many poor men and women in Africa and Asia.

And the growing move towards investing in new technologies is not yet grounded in strong evidence of impact. Inspiring stories of innovation and localised success are no substitute for showing how improved transparency and openness through technological solutions leads to better development outcomes. We must invest in good research from the outset and balance innovation with convincing evidence on what works and what doesn’t. To quote Justine Greening again: “To make sure that we get the most value for money from our investments in this field, we need to back innovation, and learn from it. We need to evaluate closely what our programmes have delivered, and how that has happened … And we need to share those results, not hide them away.”

Image credit: Justine Greening speaking at the DFID/Omidyar Network Open Up! conference by DFID via Flickr