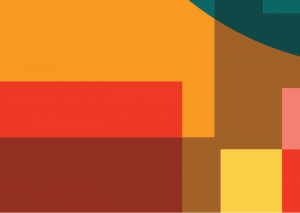 Space, both physical and intellectual, for people to think, speak, and act freely is shrinking around the world. Today, only four percent of the global population live in countries with open civic space. And threats to civic space within those countries are growing, leading to a declaration of a civic space emergency.

Closed or repressed civic space paralyzes people from participating in government. Civic rights are one of the key preconditions for citizens to seek accountability from governments and the private sector and respect for freedoms of speech, assembly, association and access to information is key to functioning democratic institutions and the rule of law.

Without the right to organise, citizens cannot drive efforts to fight corruption in leadership. Without a free press, the denial of essential public services around education, health, and more remain hidden. Thriving civic space provides the foundation for an open government.

Enabling civic space is also fundamental to the co-creation and implementation of all of the Open Government Partnership’s participants’ Action Plans to advance global transparency and empower citizens. Without access to information, these countries cannot begin the process of creating these crucial reforms. When free speech is not a reality, these countries’ efforts toward a more transparent world are dismissed and debilitated.

In its role as a corporate citizen, business too has a vested interest and motivation to protect civic space. Restrictions on civic space are costly, and corporations are realizing this, with 34 percent of executives believing ten percent or more of their operating income is at stake due to government action. Where there is civil unrest, businesses are finding it increasingly difficult to operate.

Many companies have stepped up to partner with civil society organisations to act on these concerns.

Others are just joining the conversation. During Open Gov Week, it’s critical that we continue to build momentum: the freedoms of people around the world depend upon these strong partnerships between the private sector and civil society.

Even OGP countries are seeing growing threats to civic rights. Recent analysis found that over half of OGP member countries have reports of excessive use of police force during public protests, signaling that freedom of assembly remains a serious problem, among other restrictions on civic space. OGP action plans do contain commitments to protect civic space, but these need to be strengthened and increased in the years to come.

There are promising developments as dialogues between private sector leaders, governments, and civil society are growing. At the recent Ibrahim Governance Weekend, The B Team brought together business leaders and civil society professionals to discuss how to best accelerate private sector action to protect civic space. These cross-sector conversations have helped to build momentum for concrete and proactive collaboration on this issue.

For all of the companies that are leading on this front, there are still many who are unconvinced. Helping them grasp the impact of civic rights violations on the business environment is crucial. The B Team is working to build an evidence base to bring more of the business community along with us on this issue.

With private sector input and action, supporting the enabling environment for civic space, we have a better chance of furthering open, accountable and participatory government, which lies at the heart of the OGP vision.