The OGP story in Kenya: Building Political Will for Open Government 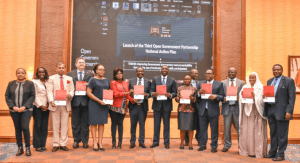 Since joining the Open Government Partnership in 2011, Kenya has been on a meandering journey. The process of co-creating and implementing Kenya’s OGP Action Plans has been marked by a multitude of challenges, from political transitions to limited civil society participation. However, by constructively partnering with government, civil society has managed to increase its engagement and has seen the commitment from high-level government officials grow in tandem. Article 19, where I work, is one of the organizations that has helped usher in broader participation to ensure that the principles of open governance and the OGP itself remain relevant in Kenya.

The revised Constitution of 2010 enshrined citizen engagement and transparency in policy making in Kenya, and the country demonstrated its commitment to these ideas and to the international community through participation in the OGP. Through the Kenya Open Data Initiative, Kenya became the first Sub-Saharan African country to make government data open. The government largely shepherded the process of creating the First National OGP Action Plan, which culminated in Kenya hosting the First OGP Africa Regional Meeting in May 2013.  At the time, the main concern was the lack of adequate CSO engagement.

The Regional Meeting coincided with the establishment of President Uhuru Kenyatta’s administration. Despite the commitment to Uwazi (Openness) in the third Pillar of the harmonized Jubilee Manifesto, changes to high-level positions in the administration effectively caused government commitment to OGP to dwindle. OGP was largely viewed and dismissed as a foreign agenda.[1]

Consequently, Kenya failed to submit its second Action Plan on time, and received two letters from the OGP Support Unit reminding government and civil society of their obligation. This caused some embarrassment, as it happened on the cusp of the 2016 OGP Regional Meeting. This led to increased attention to formulating and publishing a new plan.

Consistent Effort to Turn the Tide

Further, there was a pan-African dispensation at the time, and a preference to concentrate on African solutions. In this regard, the African Peer Review Mechanism (APRM), for which President Kenyatta was Chairperson, was preferred as a tool for inclusive governance.

We saw the first promising sign of renewed political commitment when the government formed a national Steering Committee that brought together government representatives, four CSOs – ARTICLE 19, the International Commission of Jurists (ICJ – K), Transparency International Kenya, and AFRICOG – and the private sector through the Kenya Private Sector Alliance (KEPSA). The Steering Committee led a more participatory process in formulating the Second OGP Action Plan (2016 – 2018) by bringing together a broader range of civil society organizations. Despite these efforts, and as noted by the Independent Reporting Mechanism (IRM), formal consultations were delayed and awareness was not sufficiently raised beforehand.

Our optimism was short-lived; the government’s commitment seemed to waver at implementation time. Representation at a multi-stakeholder Round Table intended to oversee implementation was limited to the typical “champions“ and did not bring in new actors. This prompted the CSOs to issue a communiqué in May 2015 demanding that government adopt a national implementation framework for OGP goals, including mechanisms for oversight, budgeting and reporting, and inter-agency coordination. As the Mid-Term Report on the action plan stated, “During implementation, ad hoc consultations occurred between civil society and government actors, but some civil society stakeholders raised concerns over the government’s commitment to openness and accountability.”

In addition to the communiqué, CSOs formed clusters to closely track different commitments. There was an effort made to try to gain buy in at the county level, to bring more CSOs on board, and to broaden the base to include marginalized groups, such as  youth, women, and PWDs. As implementation of the second Action Plan drew to an end, civil society once again demonstrated leadership by holding a strategic meeting incorporating many sectoral groups to talk about next steps.

At this point we began to see more evidence of political will and commitment at the highest level of government. The national Steering Committee was launched by Deputy President (DP) William Ruto at his residence, and he emphasized the need for the widest possible stakeholder involvement, including greater inclusion of civil society in the Steering Committee. This public statement raised our hopes and expectations that the third co-creation process would be more robust.

The third Action Plan co-creation process was indeed more elaborate and inclusive than previous co-creation processes. It involved deeper engagement with civil society, business and government, including one on one listening sessions with stakeholders.  DP Ruto presided over the January 2019 Action Plan launch event, which was attended by hundreds of people representing government, civil society, the diplomatic corps, the international NGO community, the Constitutional commission, and the private sector.

In his address, DP Ruto pledged to support implementation. He remarked, “In line with our program on openness, His Excellency the President has signed an order to set up committees at the country, regional, and technical levels and the Committee of Cabinet that will assemble accurate, real-time information on the implementation of government projects and programs from every ward to the national level, so that citizens and civil society can have access on our government portal to accurate, up-to-date, real time information, so that government can be more open, and citizens and civil society can oversee our government programs.”

We were delighted to hear the DP’s words, which signaled a new level of commitment, as he remarked on the importance of ensuring that real progress on OGP commitments is made and reported to citizens.

Pursuant to the launch of the 2018-2020 Action Plan, the Steering Committee held a multi-stakeholder Strategic Workshop in March 2019 in Mombasa. The Workshop was held to develop a shared vision around increasing collaboration between government, the private sector, and civil society. The event was also useful in formulating a work plan and road map for implementation and in forming joint government/civil society Working Groups around the six commitments.

We have learned some tough lessons since Kenya joined the OGP. One is the importance of not letting up when the situation seems politically challenging. We were able to seize the moment once senior level officials signaled their commitment because we had partners inside and outside the government.

As the momentum for an inclusive OGP process builds, we plan to increase awareness of crucial stakeholders in order to ensure their involvement in Action Plan implementation. This includes outreach to the private sector, key government sectors, subnational governments, the media, and the Parliament (through the National Assembly and the Senate). All of this is geared towards ensuring that we make the commitment to OGP more durable by increasing political support across sectors, including national and county government, civil society, and the private sector. We will also partner with Pan-African Institutions and other African OGP member states to share skills, knowledge, resources and expertise. We still have a long and winding journey to realize the vision of open government, and we can only achieve this with the support of a strong network of like-minded reformers.