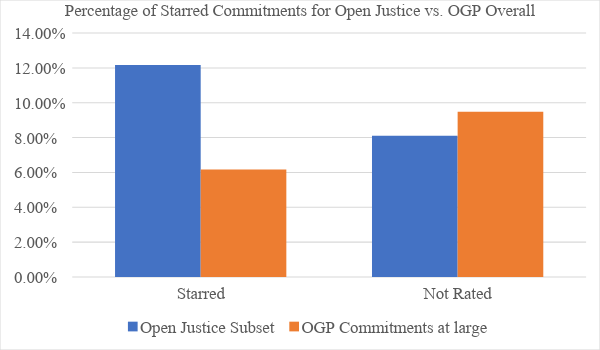 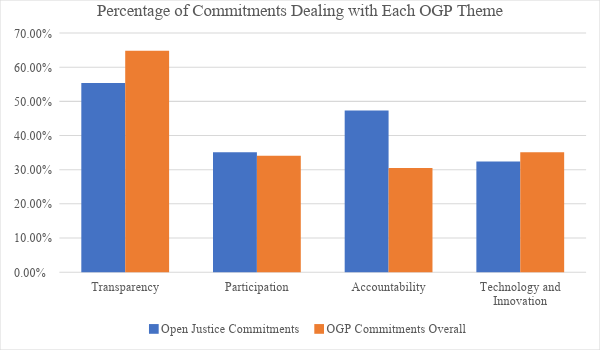 The topics covered by open justice commitments fall into four categories, in order of prevalence:

Statistics paint a picture, but stories bring those pictures to life. Join us next time, when we take a look at the status quo of open justice commitments through the lens of a few strong examples.