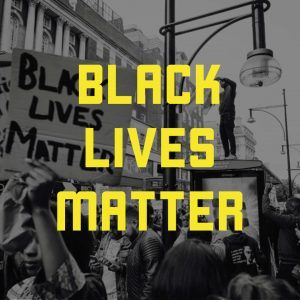 The killings of George Floyd, Breonna Taylor, Tony McDade, Ahmaud Arbery and Nina Pop and other black men, women and persons in the LGBTQIA+ community are a blatant manifestation of systemic, entrenched racism and bigotry. While these killings took place in the U.S., racism and discrimination have been deeply rooted across the globe, manifesting in a variety of forms and colors. We in the open government community must fight this – through our core values of inclusion, justice and human rights, and through our commitment to make real change happen by implementing concrete reforms in each of our countries.

The raging fires of racism and its protests in the United States have hit close to home, because our organization – the Open Government Partnership (OGP) – was founded by a U.S. President (alongside others), has its largest office in Washington D.C, and many of our staff are based in the country.  We have heard from across our global team their personal experiences of horrific racism and bigotry that they have suffered in the US and in their home countries. Our entire team stands in solidarity with the African-American community in the U.S. and minorities around the globe who have endured entrenched and systemic racism.  And we stand firmly behind all who have chosen to peacefully raise their voices – and against any and all tactics that restrict their ability to protest freely, openly, and safely.

OGP was created with the bold idea that the governments should serve their citizens’ needs, not their own. That they should be transparent, inclusive, participatory and accountable. The events of the past days and weeks have again brought to the forefront many of the issues OGP seeks to advance reforms and norms on: open civic space; media freedom; open, equal and accessible justice; inclusion of underrepresented communities in all decisions that impact their lives. The next step for our community must always be action.

First, we can ensure that the conversations we facilitate between government and civil society as part of OGP are as inclusive as possible. Over the last few years, as a partnership we have made strides on this front, but there is far more to do to ensure that more under-represented groups have a voice.

Second, OGP action plans can be used to advance reforms that start to chip away at some of the systemic racism and inequality in our societies. In the U.S., after Michael Brown was killed by a police officer in Ferguson, Missouri in 2014, a group of reformers launched the Police Data Initiative as part of President Obama’s Task Force on 21st Century Policing. The aim was to improve trust, bring better insight and analysis to policing efforts, and ultimately co-create solutions to enhance public safety and reduce bias and unnecessary use of force in policing. It was included in the US OGP action plan. Of course one reform like this cannot solve systemic challenges alone. This is a long haul effort, especially on issues as tough as criminal justice reform and police accountability.  But it is these building blocks of change that can lead to longer-term impact, and eventually, justice for all.

All of these country efforts will ring hollow unless we role model these values internally and become the change we wish to see externally.  Since our inception, diversity, equity and inclusion have been center-stage in the internal agenda of the OGP Support Unit, and we have sought to integrate these in the DNA of our culture, in our organizational policies and in key practices such as pay equity. But we know we can do much better.  So under the leadership of an internal Diversity and Inclusion task force, we will advance this work to ensure we live the words “our diversity is our greatest strength” – and reap the benefits that this brings.

The tragic killing of George Floyd and so many others provides the spark to examine racism and bigotry in our organizations and in our countries. Let this be an impetus and a rallying cry for our open government community to redouble our efforts to include those who have been historically excluded.  Let us ensure that government is open to all!

The featured graphic was made by Black Lives Matter.

Many thanks to Sanjay Pradhan ji and your organization (OGP) for fighting bigotry and casteism, which is poison not only for society but for the whole world.

An excellent letter appealing to come together to end systemic racism and promote compassion and accountability. Racism arises when we “see the other”. High time to promote the development of human consciousness, we would love to partner if our work inspires: https://cities4peace.org/portfolio/la/

Excellent thought process eloquently worded. Thank you Sanjay for the critically important work you are doing. We need you now more than ever before. Your voice must uplift the others towards the common goal of eradicating discrimination, injustice and bigotry. Unfortunately your task is unsurmountable under the present political scene