Bringing Democracy to the People, One Municipality at a Time – Tunisia 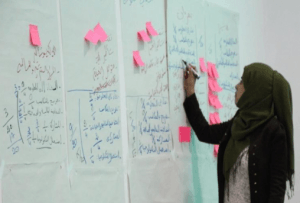 “You know, since the revolution, no one has taken the initiative to listen to us. It was only shortly after the uprising that we lost hope that things would change for the better. Today, for the first time since then, I see how ordinary citizens can play a role in helping achieve what they asked for.” This statement from a citizen participating in a civic training in the southeastern Tunisian town of Medenine resonated with my personal mission: to motivate civic participation and restore hope in the political transition to all those who had lost it in the aftermath of the revolution.

A Popular Uprising and the Beginning of a Journey

Before the 2011 revolution, the Tunisian political system was highly centralized, and local governments mainly served the interests of a pro-regime elite characterised by corruption, patronage and nepotism. Economic and social inequalities had increased over time. This situation eventually triggered an unprecedented, massive uprising marked by social and democratic demands. Protesters burned down several government buildings during the revolution, as a symbolic way to express their rejection of the nepotism and corruption that these buildings used to enable and represent.

While the revolution toppled the autocratic government and instituted change at the highest level, many issues were left unresolved in the people’s day-to-day lives. Many young Tunisians fled the country seeking to escape marginalization, and those who stayed were determined to never again be ruled by a system that did not serve them. As a Red Crescent volunteer at the Libyan border at the time, I was inspired to dedicate my work to channelling young people’s energy into building democratic realities in Tunisia.

To understand the protesters’ motivations, I traveled to many cities to ask about their grievances with their local governments and their representatives. Most expressed feeling disappointed in the post-revolution era, due to unkept political promises and worsening economic conditions.  Although the revolution resulted in the establishment of a new legal framework in the Constitution that enshrines the principles of openness and participation. I noticed this gap in the transition process – the laws intended to promote a more inclusive society were not being converted into real actions that benefited citizens.

“We will either find a way or make one”

Reflecting on conversations with Tunisian protesters, it became clear to me that Tunisia needed a new local governance model. To bring together like-minded activists, I founded Associations for Civics and Development (TACID), a network of 253 local NGOs with the mission to build local governance based on democratic values, accountability and transparency. We adopted Hannibal’s philosophy: “We will either find a way or make one.”

With TACID, I continued to advocate for the creation of collaborative spaces to convene government and nongovernment stakeholders. Intense months of work led us to hold the “Forum for a New Model of Governance” in May 2013. At the same time, we supported the movement for Tunisia to join the Open Government Partnership in 2014 as an important step towards further legitimizing and ingraining the principles of open government in all aspects of Tunisian society. 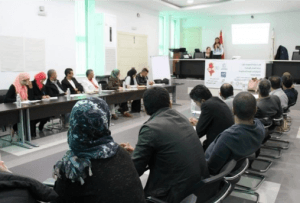 Despite this progress, the co-creation processes of the first and second OGP Action Plans were not inclusive. In order to create opportunities for public participation in their elaboration phase, I suggested holding public meetings to consult citizens on their priorities. Yet, with only twenty percent of the planned meetings successfully held, public input remained limited. At TACID, we learned that we had to build the capacity of the administration around open government, as well as enhance civil society’s expertise, and further mobilize financial resources to support civic activities.

In 2018, we were energized by two significant opportunities. First was the adoption of the Local Government Code – the law governing decentralization and defining the role and degree of autonomy of the 350 municipalities – and the municipal elections. The new law brought the responsibility for service delivery to the municipal level – much closer to the people.

Second, learning from the previous co-creation process, the members of the OGP Steering Committee in Tunisia believed that support offered by the OGP MDTF could help improve the co-creation process for our third Action Plan. Under the guidance of the TACID Network, the civil society organization Tunisian Association of Local Governance (ATGL) carried out an MDTF-     funded project to make the co-creation process more inclusive, and to design more transformative and sustainable commitments. Our co-creation approach consisted of sensitizing local governments and NGOs, equipping them with tools and trainings, and finally, advising local actors on how to operationalize the commitments.

With assistance from the OGP Support Unit, we developed a bespoke training curriculum focused on open governance, open reform and the Action Plan co-creation process. Twenty-seven local leaders who benefited from this course became open government ambassadors who raised awareness in their communities and became facilitators for the co-creation of the Action Plan. The facilitators’ on-the-ground presence helped broaden the base of participants. 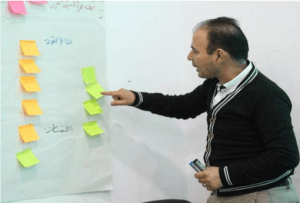 The TACID Network also organized a series of participatory meetings (including round tables and citizen gatherings) in twenty municipalities (against an initial goal of three). Because we are a Tunisian organization active since the revolution, local actors felt that they could trust us to teach them about open government principles in a way that they would understand. Further, in the spirit of regional cooperation (“intercommunalité”), municipalities where public consultations were held willingly accommodated representatives from neighbouring municipalities. All together, we engaged local actors from around one hundred municipalities.

The widely-held public consultations enabled us to map out and geolocate citizens’ priorities.  Despite the political instability in Tunisia, seventy-two municipalities showed interest in carrying out the pilot project of developing a Municipal OGP Action Plan. Given available resources, we selected ten pilot municipalities based on criteria agreed upon by the Steering Committee. Each pilot municipality appointed a focal point tasked with coordinating local open government efforts and regularly convening the Multi-Stakeholder Forum. Two partners joined the process at the point: the Open Government Support Program in Francophone Developing Countries (PAGOF) funded by the French Development Agency (AFD) provided logistic financial support to organize the amendments workshops, and the OECD provided communication training to the pilot municipalities. As a participant from a public consultation meeting in Carthage remarked, co-creation in the community “offers the opportunity to rethink and redesign service delivery at the municipal level and to put citizens at the heart of public policies.” 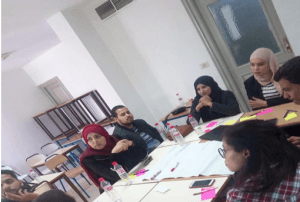 As evidenced by the demand for our training program, locally elected officials are determined to be more effective in delivering public services, and many have already been supported in gaining the necessary skills. Looking forward, the challenge lies in reaching more officials to build capacity and to help make making local policies efficient. This would be the best outcome one could ask for from these years of arduous democratic political transition. For a true democracy at every level of government, local officials and civil servants must have both the ability and desire to better serve their citizens. With this, dignity can be restored to the countless Tunisians who triggered a revolution to fight for their right to representation.