How Ukraine used the Charter to develop an Open Data Roadmap

Ukraine’s open data journey started in 2015 but has roots dating back to the historic events of 2014 when thousands of Ukrainians came together on the Maidan, Kyiv’s central square, to demand greater transparency of government and economic development.  These mass protests, called the Revolution of Dignity, pushed for reforms towards European integration and ultimately led to a change of government.

For the current Ukrainian government, open data and transparency is a central component of the reform process. Open data is seen as a way to keep the public informed and up-to-date with the day-to-day government decisions and operations. In 2015, the Cabinet of Ministers adopted legislation on access to public information in the form of open data and the open data portal was launched. The State Agency for E-government of Ukraine was tasked to implement this reform.

Remarkable progress has been made to date, with more than 13,000 datasets published by more than 1,200 government agencies. Much more work, however, remains to be done to fulfill the promise of open data. Low quality data and a poor understanding of open data principles by government officials remain the key issues to be addressed in order to embed open data into the  business as usual.

Joining the Open Data Charter in October 2016 has helped to drive the open data agenda within the Ukrainian government. This engagement with the international community has strengthened the political will of those at the top of government to support the work of the State Agency for E-government. With this high-level backing, the State Agency for E-government, with the support of a USAID/UK project  started the development  a roadmap for the implementation of Ukraine’s commitment to open up government data.

The six principles of the Open Data Charter allowed us to think in a more structured way about how to develop an  implementation Roadmap. We used the principles as a foundation and developed a set of actions for each of the six principles.

As we started to develop the Roadmap – the fifth principle ‘For Improved Governance and Citizen Engagement’ – we laid out the core approach for how the document should be developed. The process had to be engaging and inclusive decision-making in order to reach a common vision and set of priorities for the Roadmap. We ran three separate ‘ideathons’ focusing on key stakeholder groups – government, NGOs, and business.  Running separate ideathons allowed us not only provide safe space for discussion but also understand the core needs of each group.

A key consideration was to make the discussion accessible to all by avoiding technical and alienating open data terminology. Instead we tried to speak about open data in language that was relatable to each group.  The workshops allowed us to collectively agree on the priorities for open data in Ukraine and the implementation plans were re-worked together.  Online consultations also took place in order to reach groups outside of the capital, as  a number of cities in Ukraine had started to develop their own open data programmes.  Despite these efforts, we have learned that most  effect will be given to reaching citizens outside of the captial as the majority of the input came from Kyiv.In the end, we collected more than 150 suggestions from over 100 people.

The Roadmap was launched on 10th March in Kyiv to coincide with Open Data Day.  170 representatives from government, civil society and international organisations came to hear the result of the consultations in the form of the new Roadmap. The key priorities are to improve the quality of open data, improve existing legislation, and support more cities in Ukraine to develop local open data programmes. The strategy and vision has been set but it is the only the start of the open data journey for this year.  We are confident that we have the right vision to make it happen. 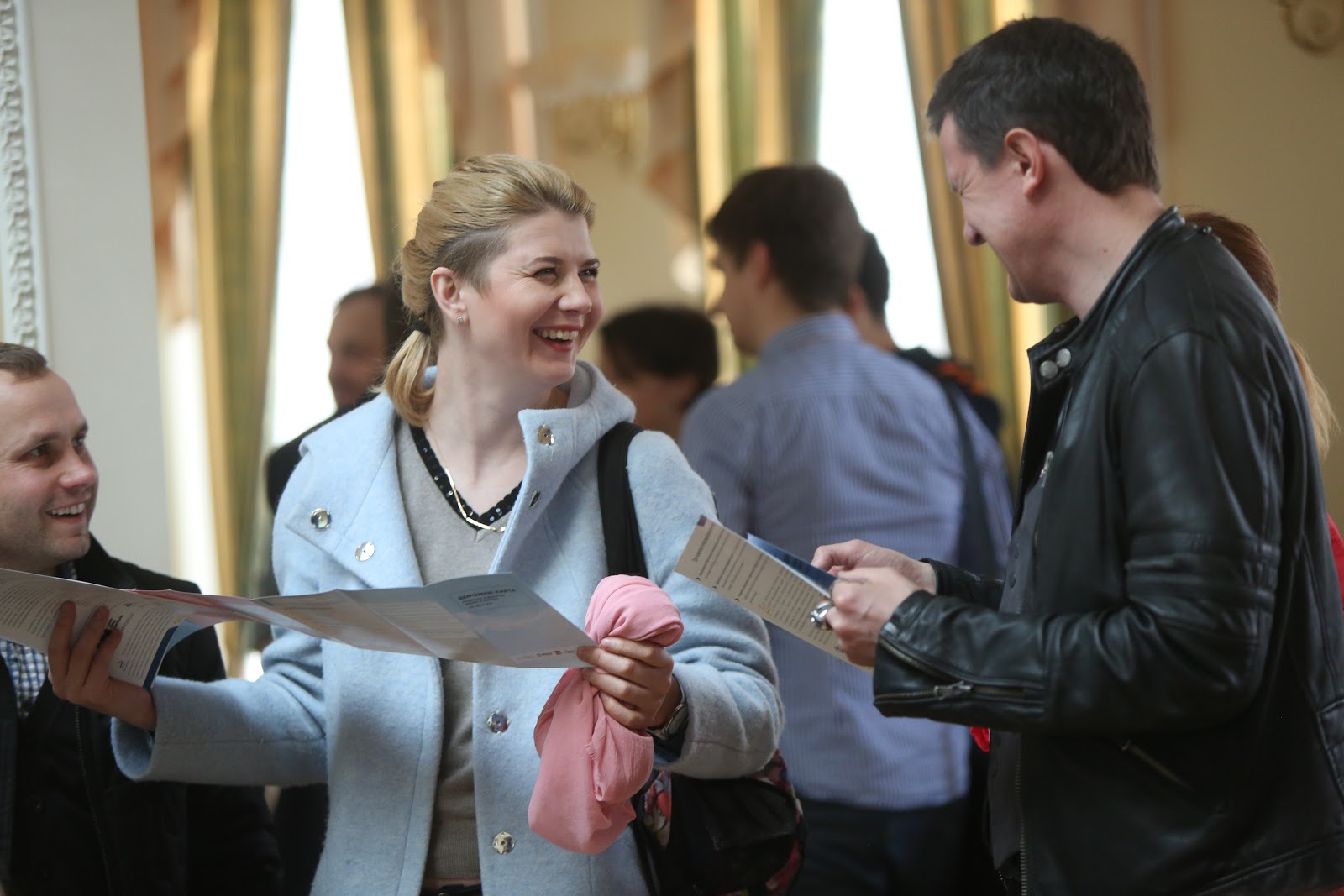 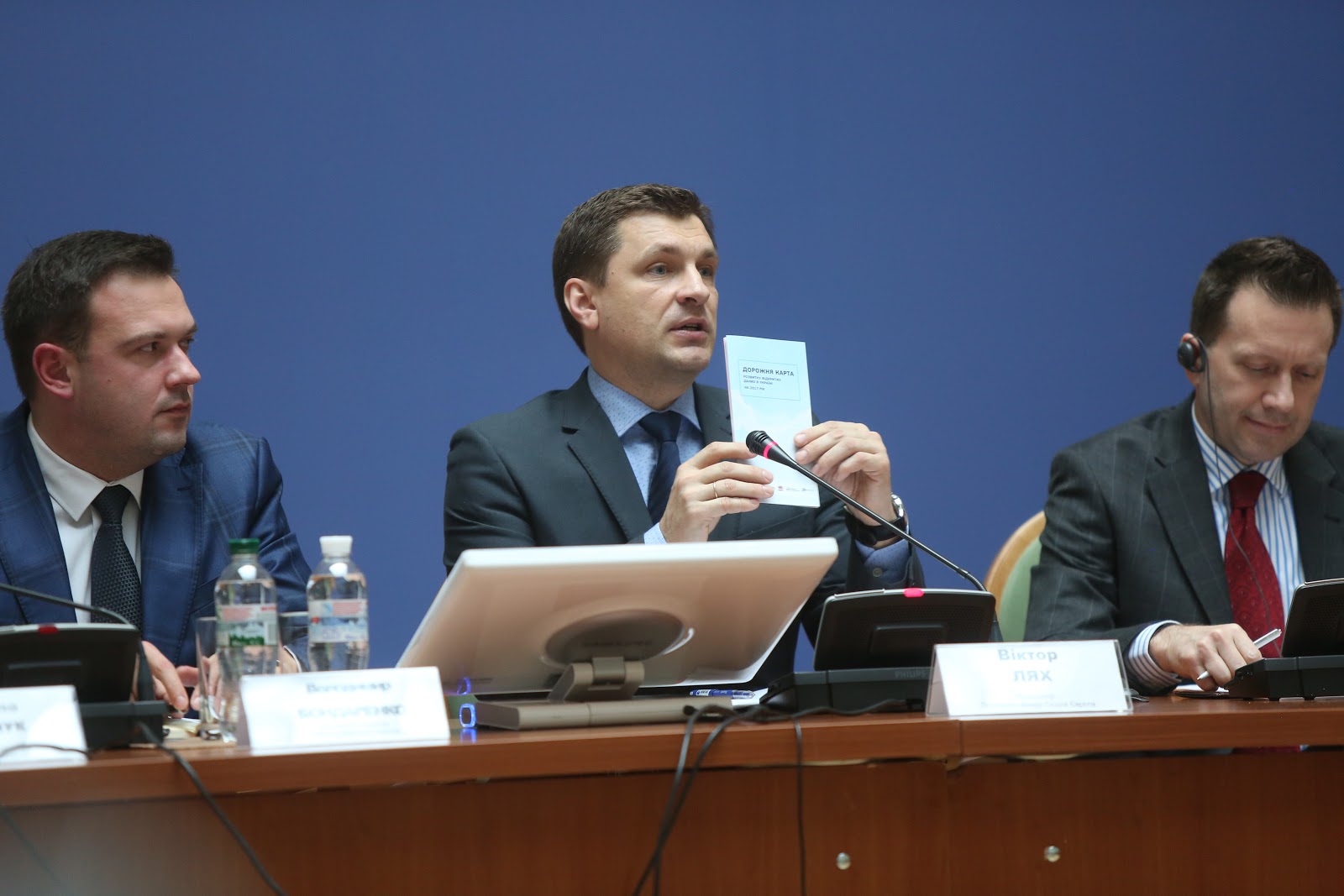 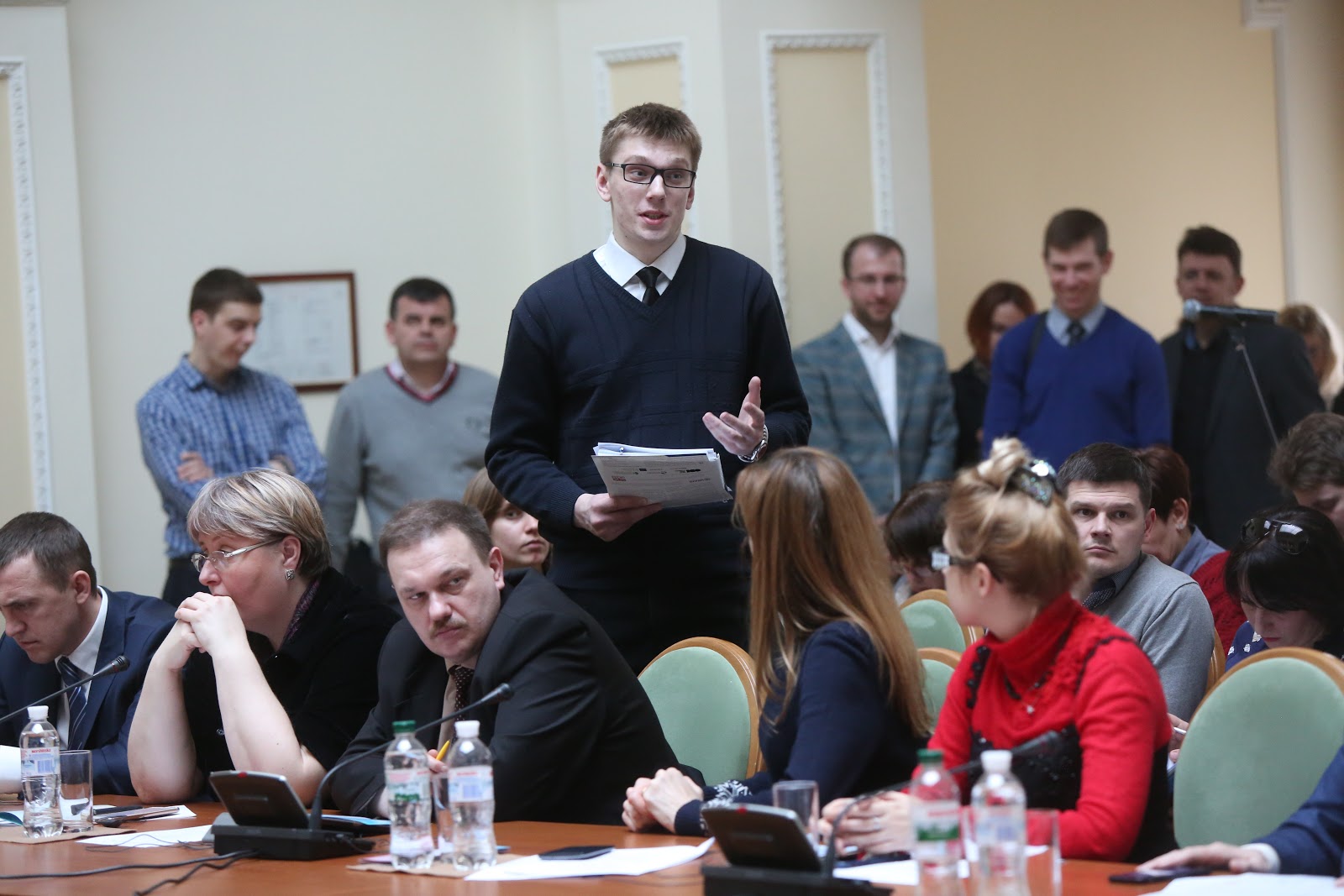 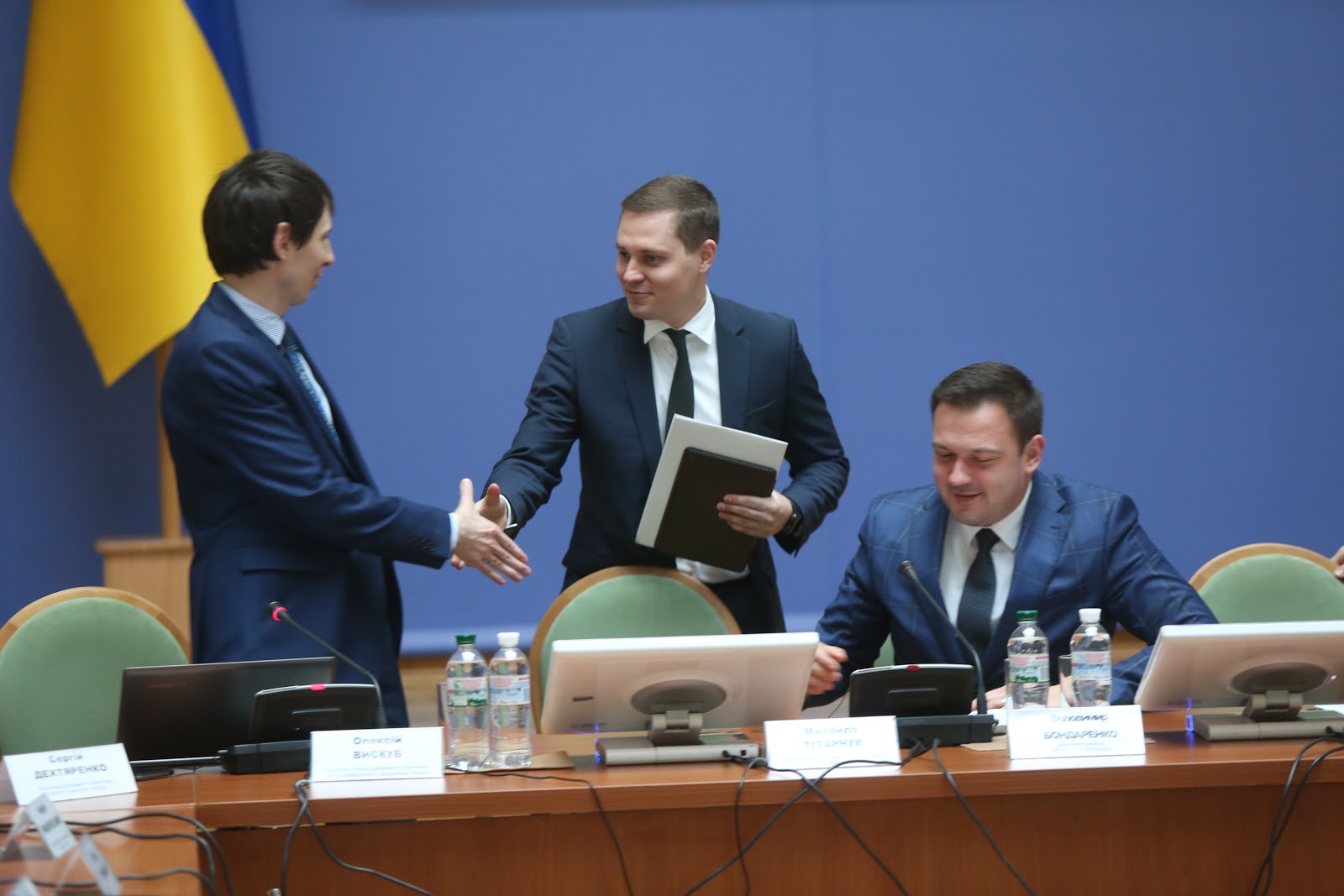 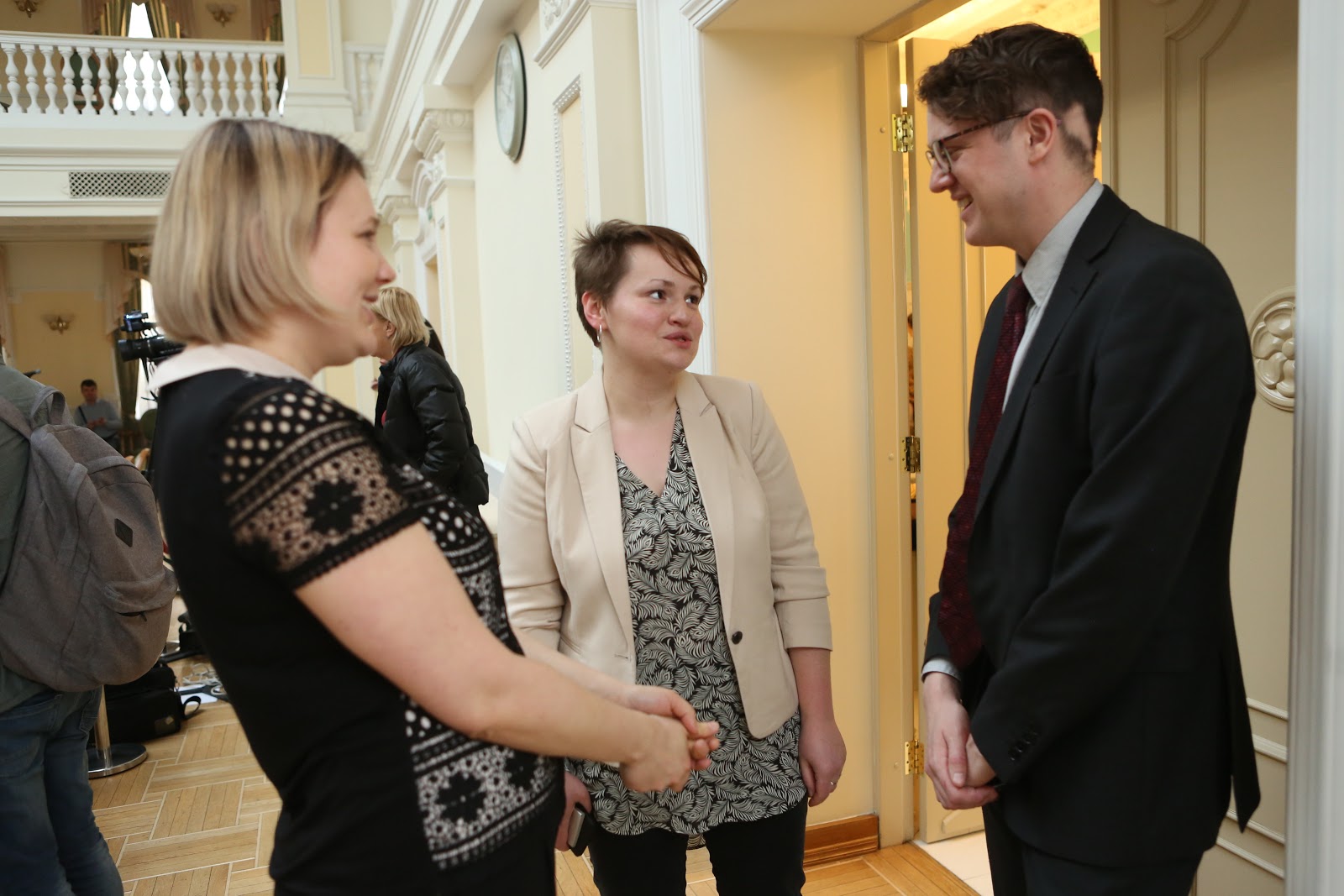 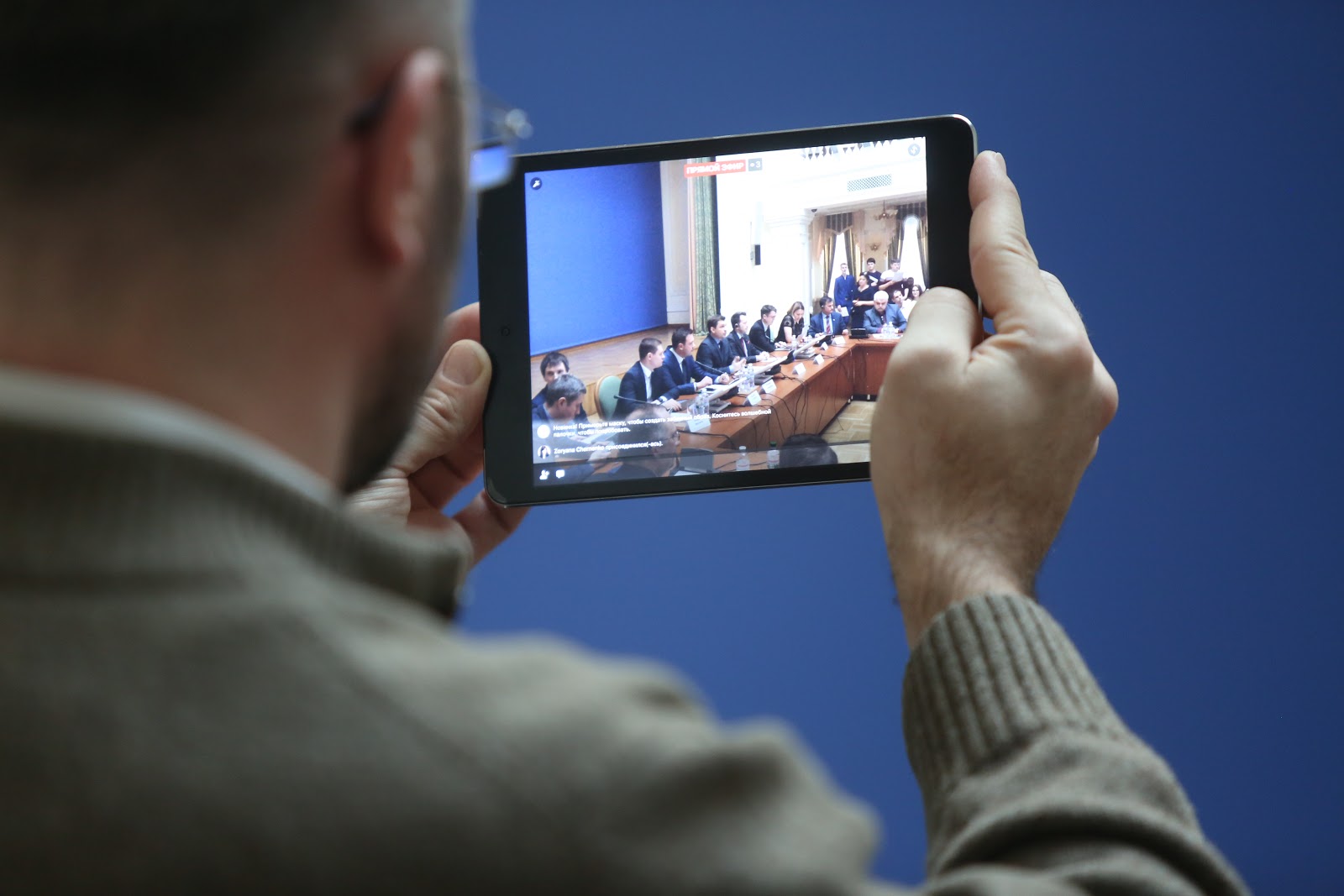 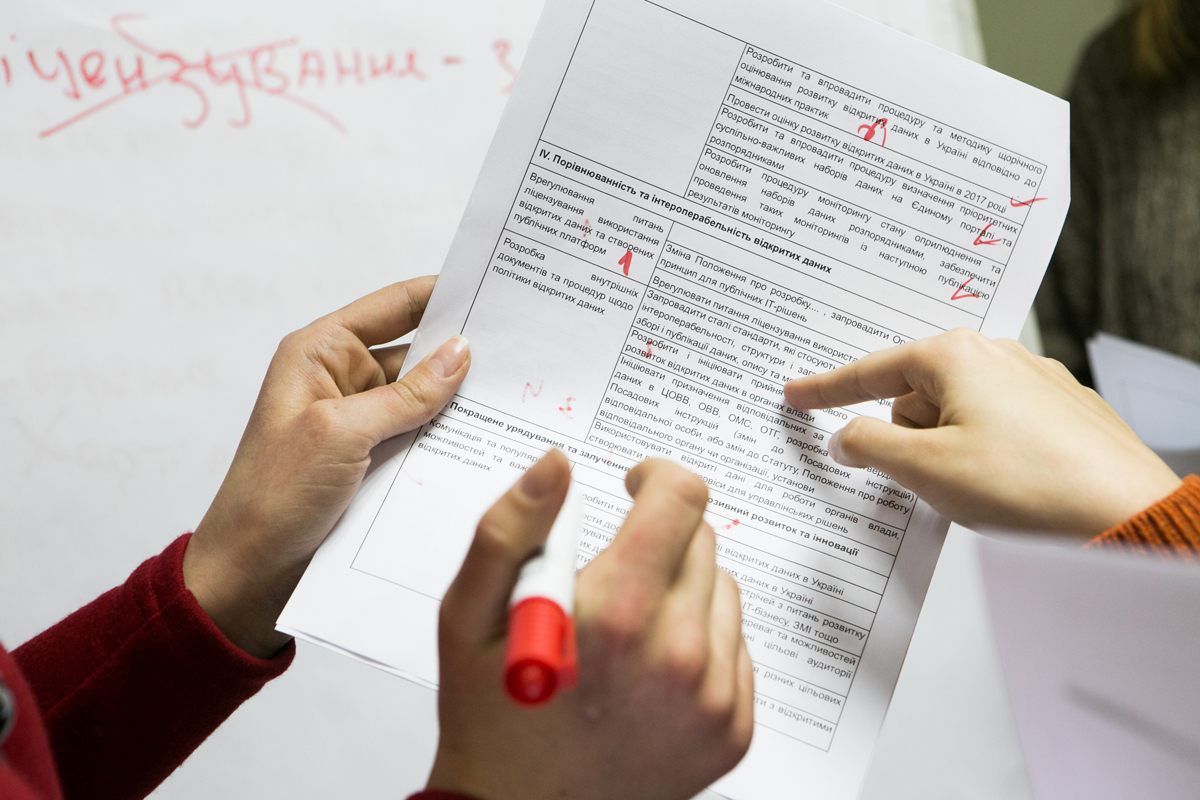 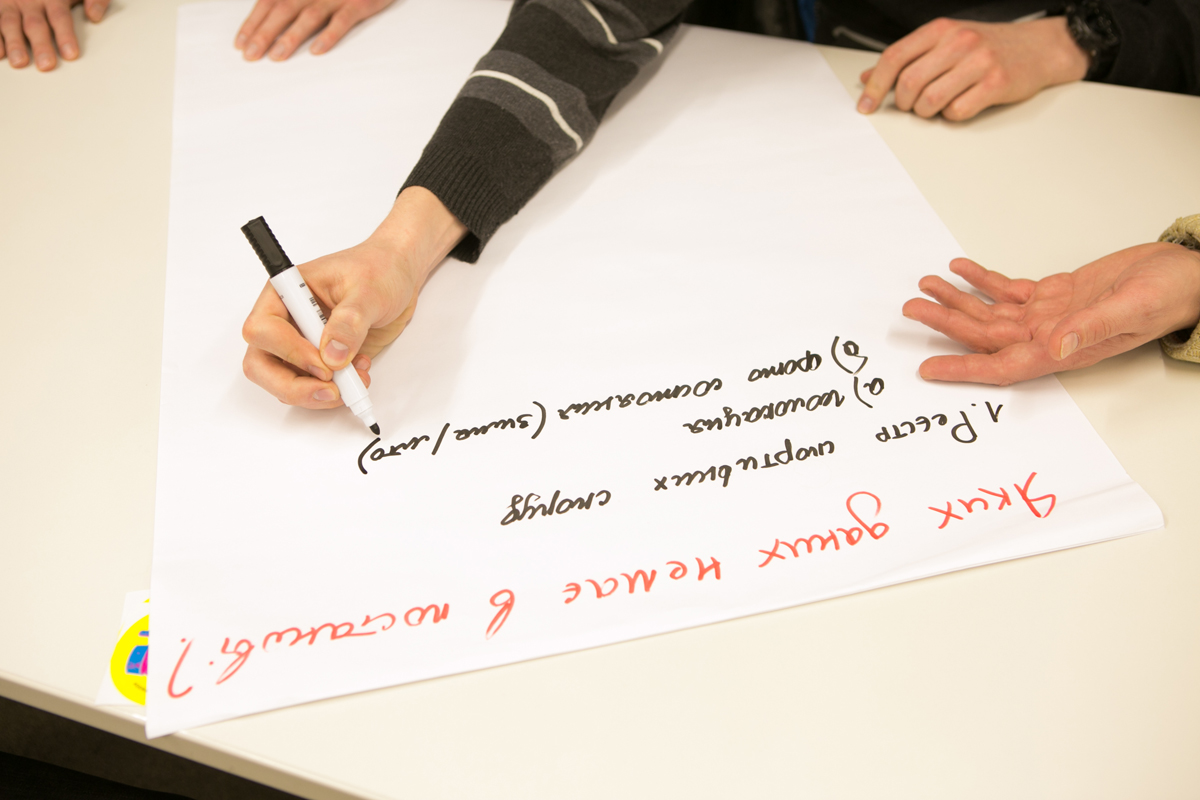 Representatives of the business and startup community write down recommendations for opening the data, 17 January 2017 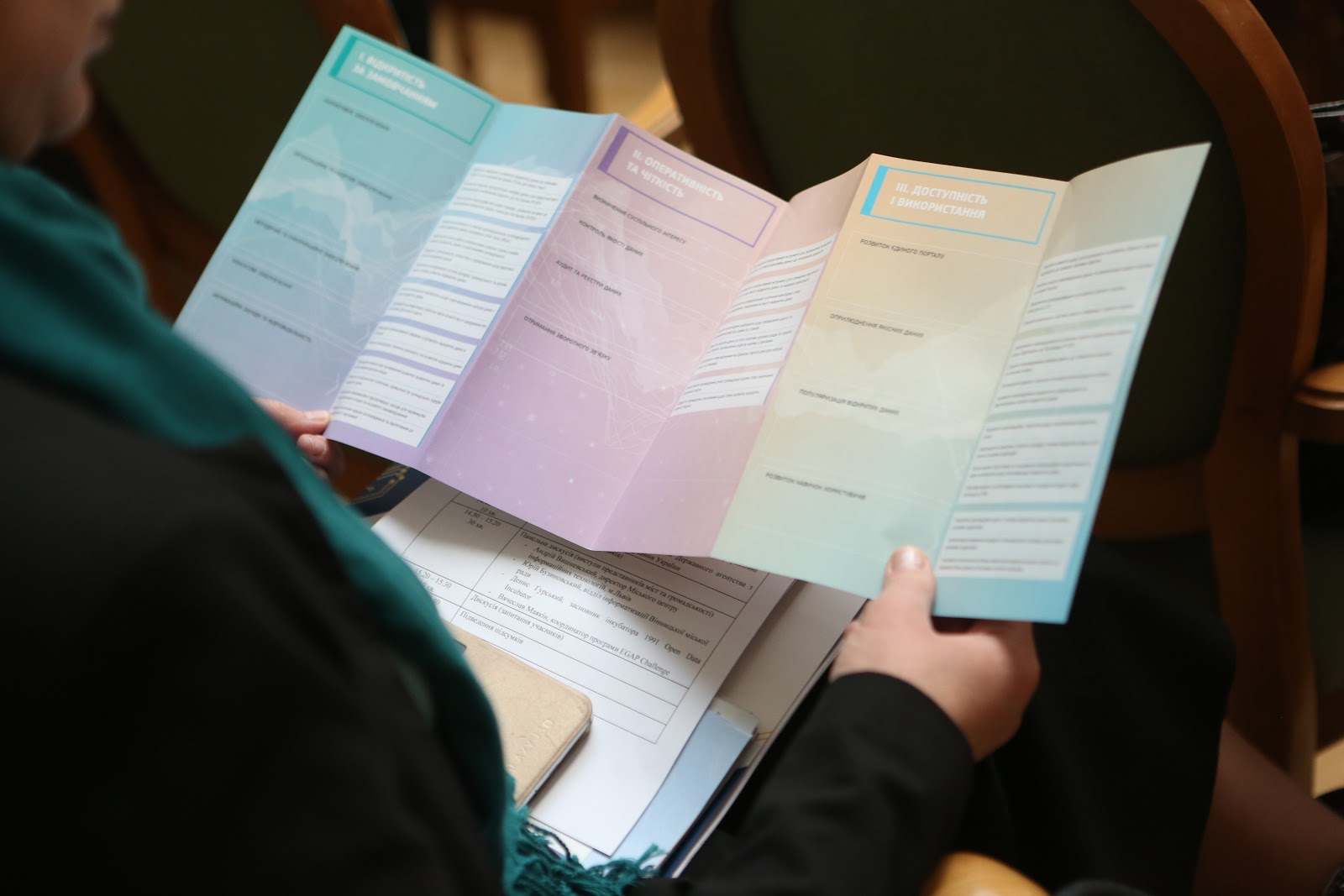 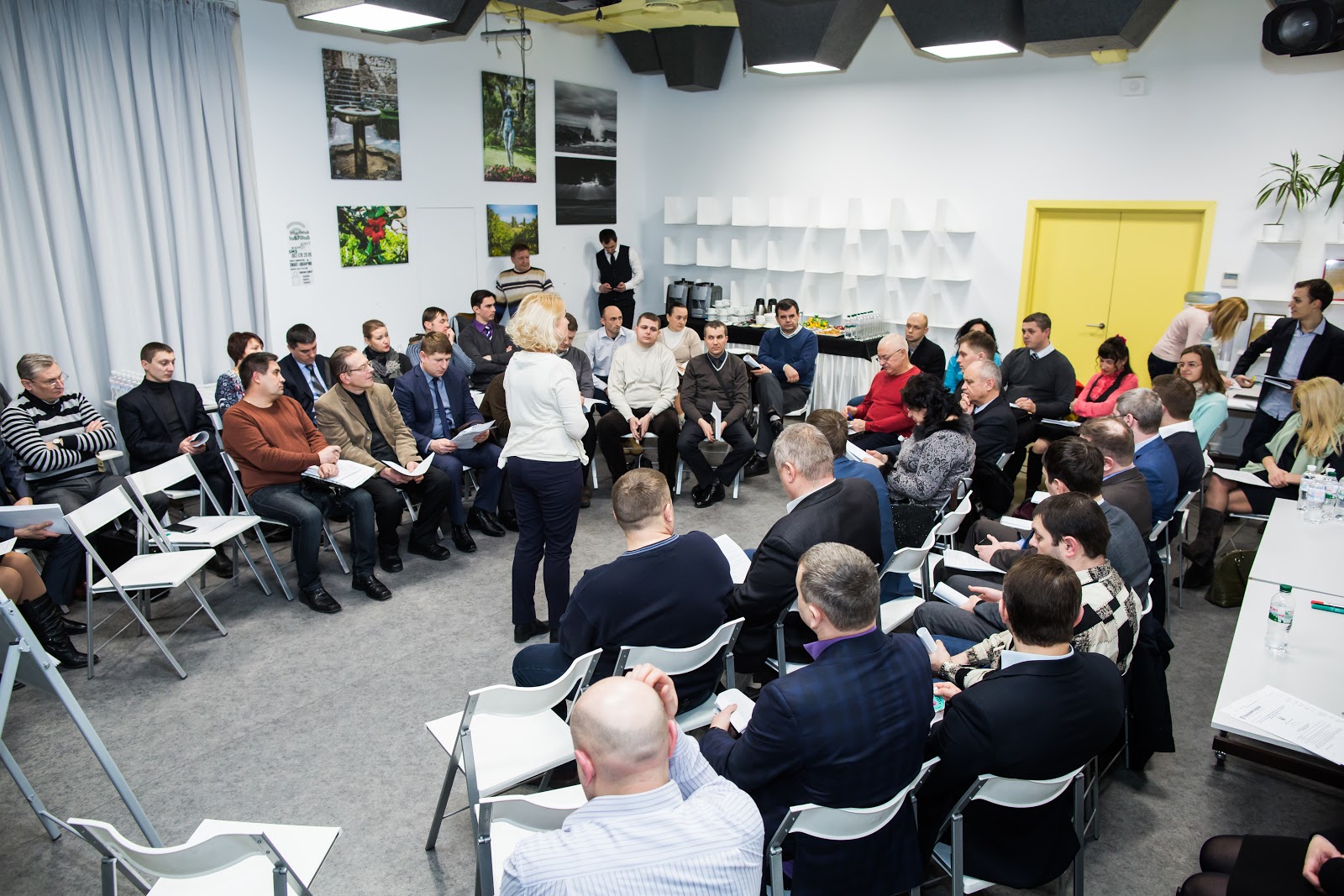 Ideathon with the representatives of the government, 20 January 2017 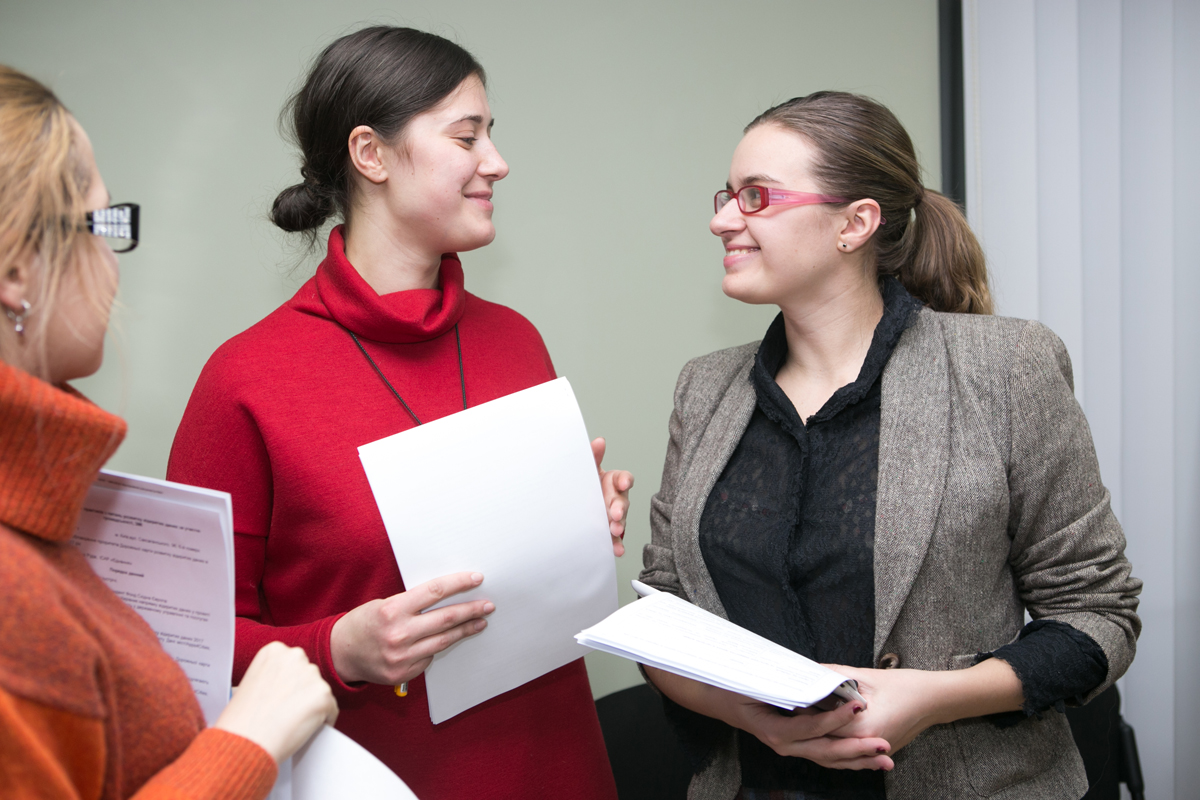 Participants of the ideathon with civil society, 18 January 2017 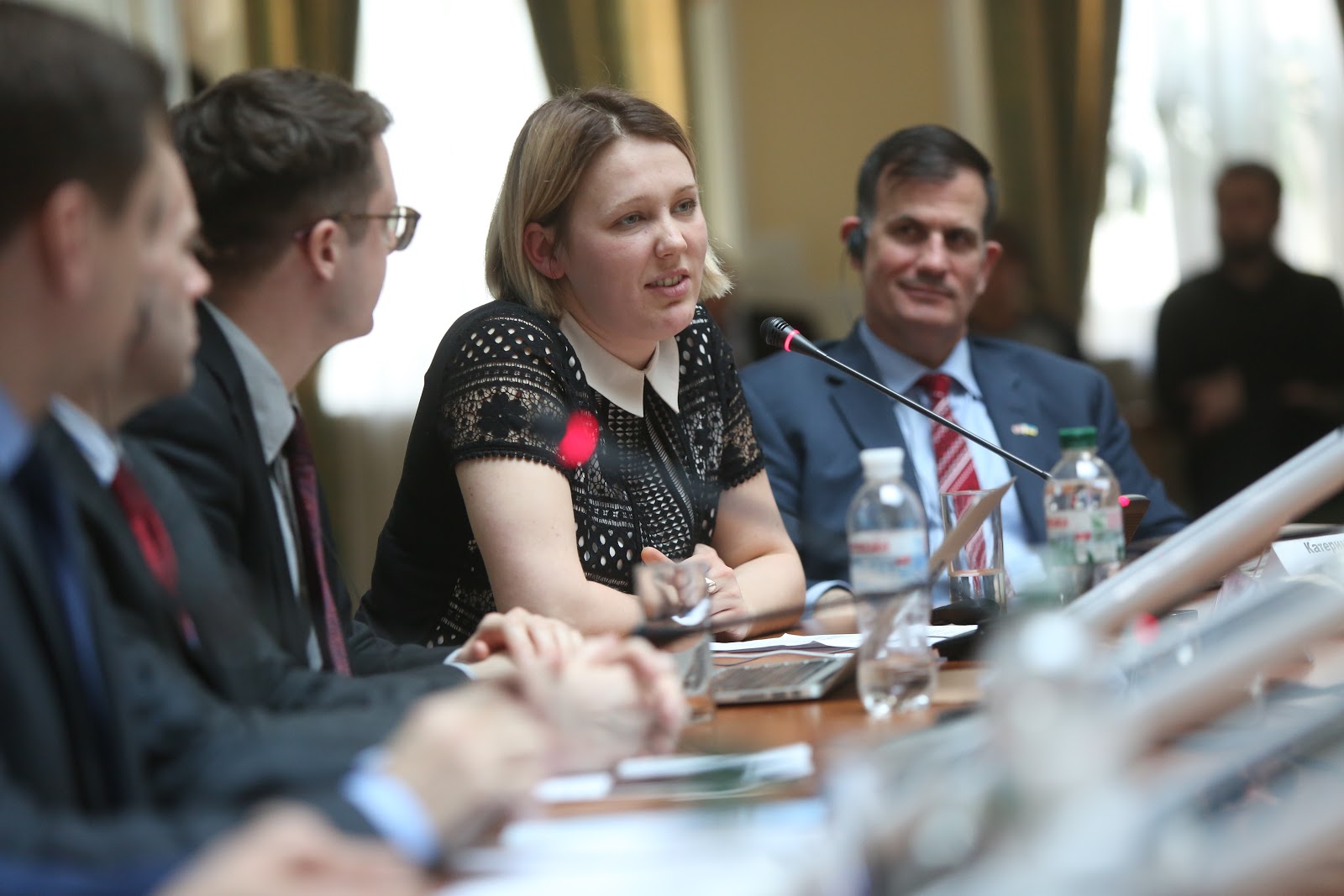 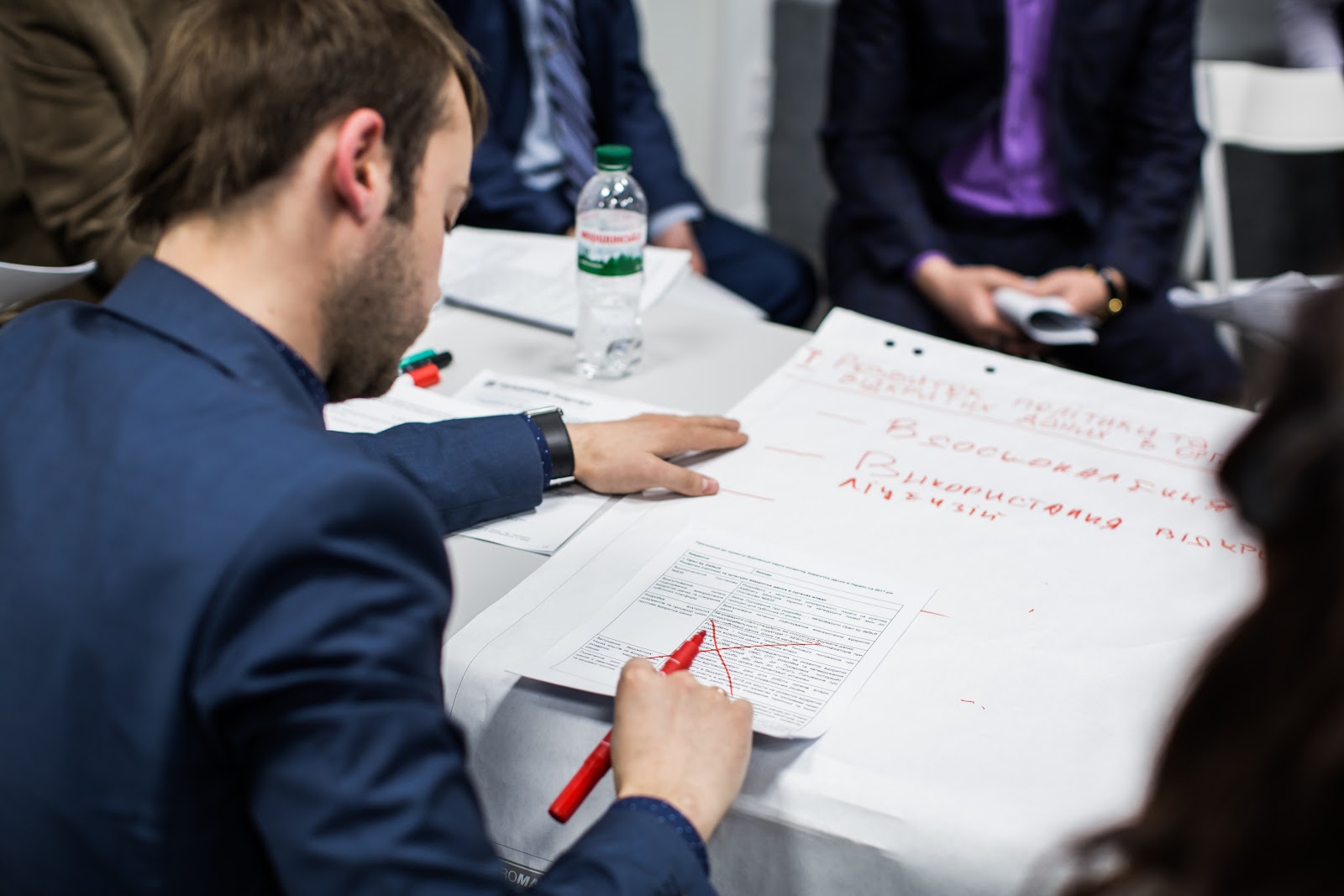 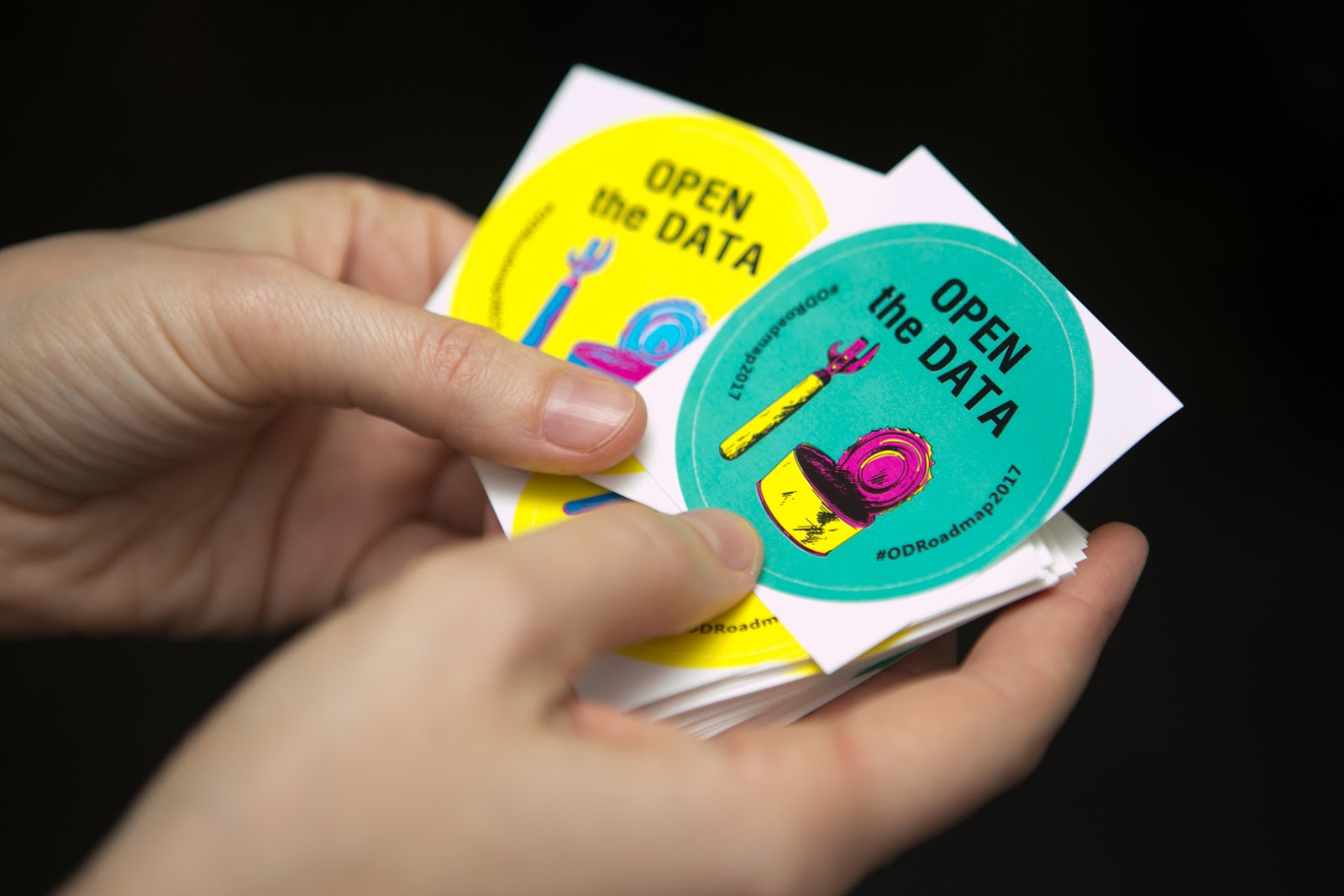