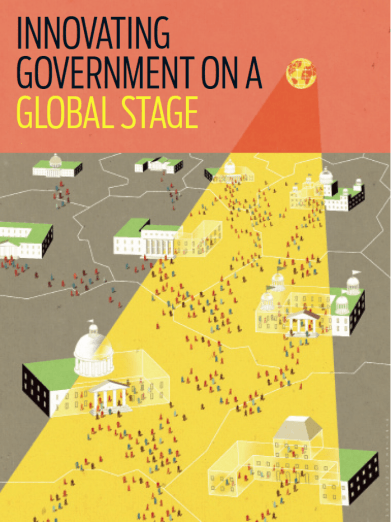 In the Spring 2013 edition, the Stanford Social Innovation Review features a supplement on the Open Government Partnership, with articles from OGP experts from across the globe addressing just some of the challenges facing the future of the Open movement. Below are a few choice extracts.

We were gathered in the Secretary of War Room, seated around an ornate mahogany table… Over several hours, we heard inspiring stories from around the globe: initiatives to rebuild a social compact and give citizens a stake in government in the Philippines; steps to end a culture of secrecy in Mexico; policies to prevent corruption in the natural resources sector in Norway; efforts to institutionalize public participation in post-apartheid South Africa; and reforms to open up government in the United States and United Kingdom. All contribute to reaching the goal of harnessing the ingenuity and expertise that exists outside of the government to solve shared problems.

By Jeremy M. Weinstein, Associate Professor of political science, senior fellow at the Freeman Spogli Institute for International Studies, and principal architect of the Open Government Partnership. Jeremy M. Weinstein writes about his experience of how OGP came into being, while other contributers focussed on the challenge of OGP by its very nature of opening up government processes that had previously been conducted behind the scenes. One such example by Maria Otero, US Under Secretary of State for Civilian Security, Democracy, and Human Rights & Caroline Mauldin, a fellow at the Truman National Security Project looks at breaking down the barriers of democratic protocol and going beyond government to engage civil society.

From the governance of OGP to the development, implementation, and monitoring of country commitments, civil society sits side-by-side with governments at every stage of the initiative. This shift is a break with the past—in which accountability advocates had a critical, even antagonistic, relationship with governments. OGP affirms through its structure and its work that sustainable progress on critical issues can be made only by working pragmatically across sectors.

By Maria Otero, US Under Secretary of State for Civilian Security, Democracy, and Human Rights & Caroline Mauldin, a fellow at the Truman National Security Project The other contributors then offered a view on the domino effect that followed, across Latin America, now the largest represented OGP continent, Africa and Asia.

The leadership roles of Brazil, Mexico, Indonesia, and South Africa, which all are on OGP’s steering committee, sent an important signal to countries in the South that the playing field is changing.

By Jorge Hage, Minister of State and Head of   the Office of the Comptroller General of Brazil

It’s one thing to say, ‘Let’s do it and make a plan.’ But it’s quite another to change a culture.

India’s absence underscores the larger challenges OGP may face in the months and years ahead. This tension is endemic to the OGP process. OGP defines itself as a “voluntary partnership” that attempts to push the envelope every year. It seeks to evaluate governments against their own standards, with equal participation from an increasingly demanding civil society. Opening up governments at home and abroad will often result in redistributing power.

By Nikhil Dey and Aruna Roy, founding members of Mazdoor Kisan Shakti Sangathana (Association for the Empowerment of Workers and Peasants) and leading right-to-information activists in India. The sponsored supplement was underwritten by Omidyar Network and can be accessed via the Stanford Social Innovation Review website.