With the ink barely dry on the Sustainable Development Goals, naturally the just-completed Open Government Partnership annual summit focused on how greater openness can accelerate progress toward the goals.

The open government agenda is most closely linked to the ambitious Goal 16 on Peace, Justice and Strong Institutions, which among other targets includes the objective of ensuring “responsive, inclusive, participatory and representative decision-making at all levels.” Though progress in this area is maddeningly difficult to quantify, evidence increasingly shows that participation, the next transparency frontier, matters to development outcomes. Making the target explicit, it is hoped, will galvanize efforts in the right direction.

There are many issues one could propose to tackle with citizen engagement strategies, but to narrow the topic of discussion, let’s consider just one: enabling smart growth in the world’s exploding cities and megacities.  Estimates suggest that by 2035 most of the world’s extreme poor will live in urban areas. 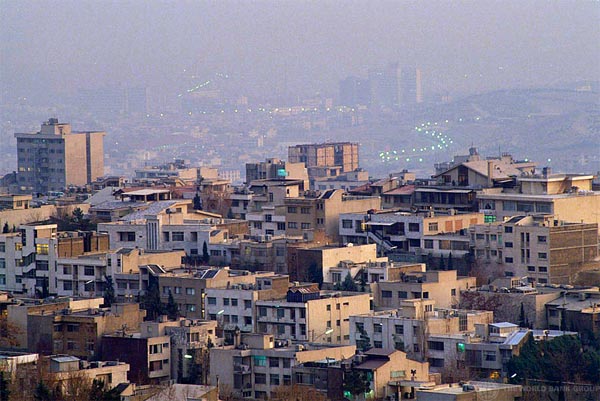 Much of the innovation in open government comes from subnational governments (including city governments).

Questions related to urban planning could offer fertile ground for experimentation in participatory decision making for several reasons. First, the urban poor often have the greatest stake in urban planning decisions, yet the weakest voice.

The potential payoff from empowering marginalized groups to help shape the urban environment on topics such as where to locate transport corridors, how to upgrade services, and where to try to attract private sector investment, is immense. These kinds of questions profoundly impact their access to services, jobs, and opportunity.

Second, although urban planning issues are highly complex, the relevant information is often knowable, yet data are missing (e.g. location of existing housing, services, infrastructure,potholes, etc.). This kind of information can be collected easily than the types of socioeconomic indicators relevant for other public policy issues, and often citizens themselves can provide it.

At the same time, citizens often lack information about what policymakers are considering , meaning that improving the two-way flow of information would generate real benefits. Third, on a practical note, the fact that the stakeholders are geographically concentrated makes it easier to reach them.

Creating mechanisms for participation in urban planning can be as traditional as institutionalizing town meetings on zoning issues or as innovative as deploying digital platforms for community mapping. For instance, a number of initiatives, such as the Open Cities Project, illustrate the ways in which citizens can help contribute information to the policymaking process.

Open Cities draws on inputs from a range of groups to “create usable information through community mapping techniques, to build applications and tools that inform decision making, and to develop the networks of trust and social capital necessary for these efforts to become sustainable.” The project informs World Bank investment planning on addressing urban challenges and disaster risk in pilot cities in South Asia.

Beyond data creation and collection, there are mechanisms, some digital and some low-tech, that seek to involve citizens in a collaborative decision-making process. The 26’10 Ruimsig project convened architects, NGOs, and other stakeholders, along with residents of the Ruimsig informal settlement outside Johannesburg, South Africa. Working together, they mapped the existing settlement (on paper) and designed a proposal to improve living conditions. The objectives included ensuring equitable land distribution, relieving overcrowding, and improving public spaces, among others. Based on the plan they launched a process of moving and upgrading structures in the settlement.

An example of a process that uses both high- and low-tech outreach mechanisms to involve a wide range of constituents comes from Brazil’s “Governor Asks” initiative in Rio Grande do Sul. Through this program, the government  asks citizens how they feel about different issues, and then responds to their input in concrete ways that have included increased funding for a family health care program, a larger fleet of ambulances, and support to specific hospitals.

These examples show that if the open government movement wants to help build momentum toward the SDGs, looking closely at the role of city governments and opportunities to engage citizens cannot wait.

This piece first appeared on The World Bank blog.