OGP in Africa: Another sharp tool in the governance toolbox

The recent Open Government Partnership (OGP) High Level Event on the sidelines of the United Nations General Assembly brought sad tidings for OGP in Africa. It was announced that the government of Tanzania has opted to withdraw its membership of OGP.  In their letter to the co-chairs of OGP, the government of Tanzania pointed out its achievements in advancing transparency since joining OGP, including passage of the Access To Information Act, establishment of the Open Data Portal and participating in a number of initiatives aimed at promoting open governance. The letter further pointed out that Tanzania is a member of the African Peer Review Mechanism. The government of Tanzania indicated that being part of various initiatives with similar objectives limits their effective participation, hence their withdrawal from OGP.

While we fully agree that governments must make smart use of their limited resources, we do not feel OGP should be viewed as yet another stand-alone tool.  This blog explores how OGP can successfully coexist with, and in fact complement, other governance initiatives, including the African Peer Review Mechanism (APRM).

The APRM is touted as the crown jewel of the New Partnership for Africa’s Development (NEPAD) – the African Union’s flagship programme for economic development with which OGP has a formal multilateral partnership. The APRM was established in 2003 as a voluntary, home-grown African tool for promoting economic integration and sustainable growth through good governance. This would be achieved through assessing a country’s progress in democracy and political governance, economic governance and management, corporate governance and socio-economic development. As it approaches its 15th birthday, how does the APRM interact with a newer, sleeker governance promotion multi-stakeholder initiative – the Open Government Partnership (OGP)? 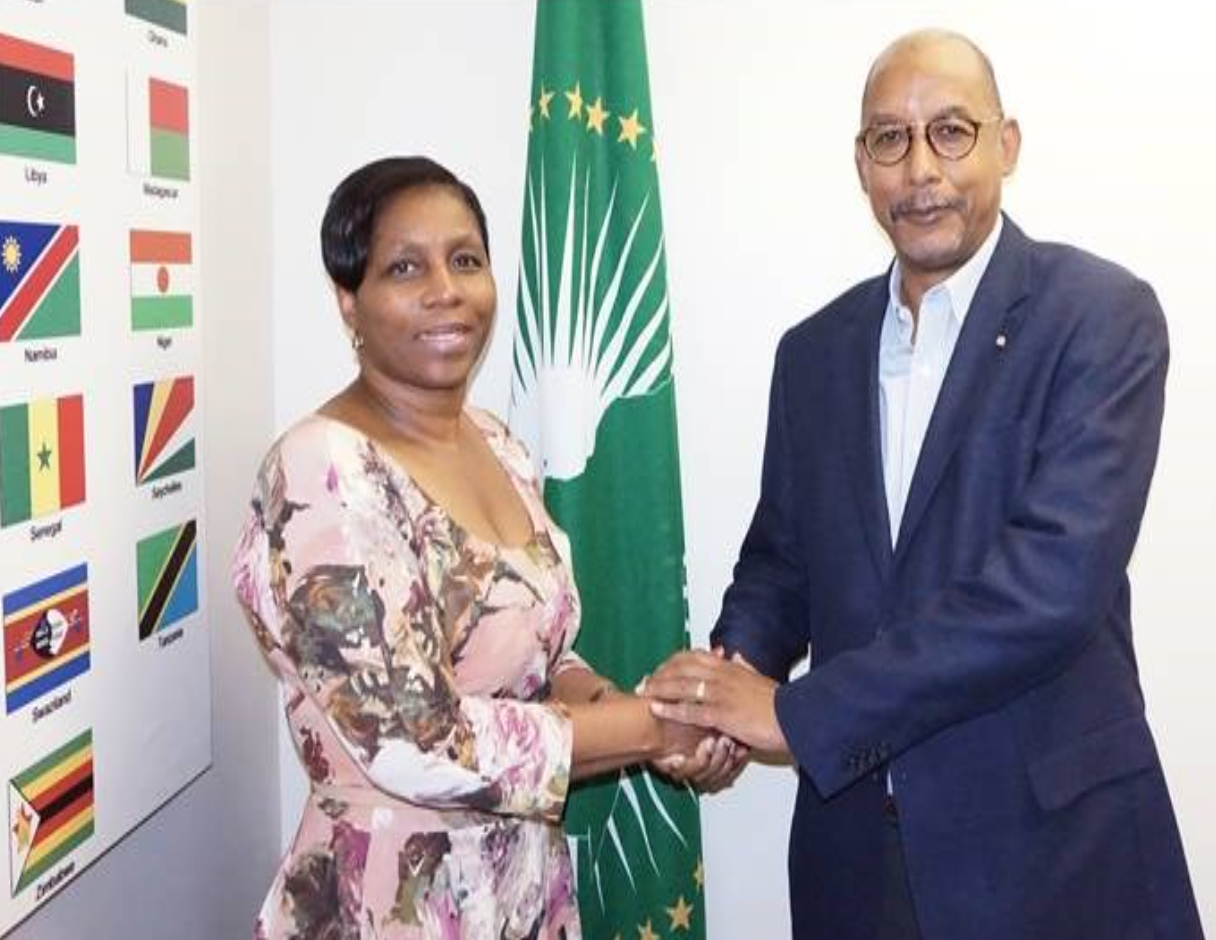 At present, the APRM has 36 member states, with The Gambia and Guinea-Conakry expected to be next to join. Countries form a National Governing Council or National Commission, composed (usually) of government, business and civil society organisations (CSOs) reflective of different constituencies. The NGC oversees the composition of a consultative Country Self-Assessment Report, based on a questionnaire, after which a Country Review Mission by African experts conducts its own investigation. The resultant Country Review Report is discussed by the participating African heads of state – the peers in the peer review.  The country develops and implements a National Programme of Action to remedy the governance gaps identified, reports on progress, and eventually undergoes subsequent reviews. So far, 20 states have been reviewed once, with 17 CRRs published.  Kenya is the only country to have completed a second review.

Africans can be very proud of this example of “African solutions for African problems.” However, there is always a risk that a tool ends up being the goal itself, instead of one of many means to achieve loftier aims. Witness, for example, the global campaign for freedom of information, where sometimes the enactment of a law, rather than the advancement of transparency and accountability, becomes the goal. OGP and the APRM run a similar risk, whereby – based on logical frameworks of planning – the success of the mechanism, rather than the promotion of openness and accountability in general, becomes the end goal.

We must avoid these traps, and strive to use whichever means and mechanisms – or combinations thereof – are best suited to enable African countries to improve their governance.  To do so, we need to proceed from an informed position on how the various tools strengthen, enhance, contradict or even overlap with each other.

The APRM, by digging deep in the governance bedrock, is an excellent diagnostic instrument for determining the wide extent of governance problems in African countries. OGP, on the other hand, does not present a mandatory or formulaic list of indicators against which to perform an assessment. Rather, it prescribes a fully consultative process through governments and civil society jointly develop interventions, called “commitments”, that advance open government and public service delivery. These co-created commitments are then locked in two-year action plans and independently reviewed. The link with the APRM is clear: by translating the APRM’s agenda and recommendations into actionable “commitments”, OGP’s rigorous two-year reporting cycles can be used as an interim check and implementation platform.  Given how slowly the APRM process drags along, this is surely most welcome.

Gruzd and Razanno (2015, “Review of Reviews“) argue correctly that “the OGP’s structure perhaps makes it one of the simplest review mechanisms to harmonise with other mechanisms. This is because governments, together with civil society, create their own commitments – and can therefore develop them with express reference to the other review mechanisms that that country is participating in, while bearing in mind their obligation to stretch current practice as a requirement of the OGP”.

The APRM and OGP could and should fit together like lock and key.  Sadly, some states see them as competitive rather than complementary.

Currently, eleven African countries are OGP members – Burkina Faso, Cabo Verde, Côte d’Ivoire, Ghana, Kenya, Liberia, Malawi, Nigeria, Sierra Leone, South Africa, and Tunisia – and all, with the exception of Cabo Verde, have acceded to the APRM.  In South Africa, the same government department steers both. Elsewhere, however, coordination has been hampered.  This is in part because OGP is still viewed with suspicion by several African leaders and senior officials, who consider it to be a “Western” Trojan Horse set to  eclipse and usurp the much treasured “home-grown” APRM.

Nothing could be further from the truth. In 2011, South Africa was a founding member of OGP.  Today, South African Mukelani Dimba serves of Civil Society Co-Chair.  As former South African President Thabo Mbeki recently pointed out, the APRM was not a substitute for African institutions and processes that did not need to be changed, but instead a supplementary tool. That is how we need to see OGP in relation to the APRM.  Both initiatives can provide pivotal support for much-needed governance reforms in Africa, and they will deliver swifter and more sustainable results by joining forces.  Recognising this, NEPAD has formally expressed its intent to serve alongside OGP’s existing multilateral partners to support open government reforms across Africa, and to actively support participating and interested countries.

The ten African states that are both part of the OGP and APRM should aim to harmonise  these two tools rather than seeing them as “either-or”, or worse, as competing rivals for attention and resources. The government of South Africa presents a very good example of how this can be done in practice: the OGP point of contact – the Department of Public Service & Administration – also serves as the APRM‘s focal point, which helps streamline processes and decision-making while also capitalizing on synergies that exists between the two initiatives. South Africa has also leveraged the APRM‘s multi-stakeholder national governing council as a vehicle for consultations on the OGP national action plan.  Harmonisation pays off – and in the interest of maximising limited resources, this is imperative for African countries.

The ultimate aim of both tools is better governance, development and honest delivery of public services for Africa’s people. We should use whatever means are available to get there, and foster greater collaboration between OGP and the APRM. Africa cannot afford to do otherwise.

Mukelani Dimba (@MukelaniOGP2017) is the civil society co-chair of the OGP steering committee. Steven Gruzd (@rhymeswbruised) is the head of the governance and foreign policy programme at the South African Institute of International Affairs (SAIIA)