Statement by Hon. Harsha De Silva, Acting Minister of Foreign Affairs at the Inauguration of the OGP Workshop in Sri Lanka 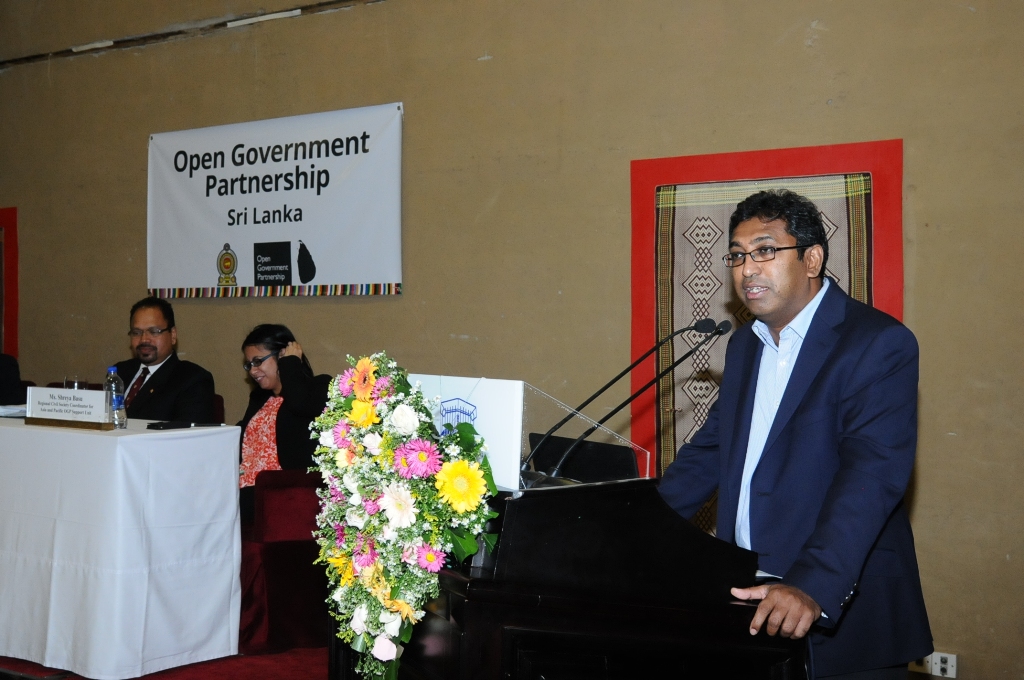 In October 2015, Sri Lanka became the first country in South Asia to join the Open Government Partnership, at its Conference held in Mexico.

The Acting Minister of Foreign Affairs, Harsha de Silva, participated in the inauguration of the Workshop on 4 April. His remarks at the inaugural session are attached/ appended below. 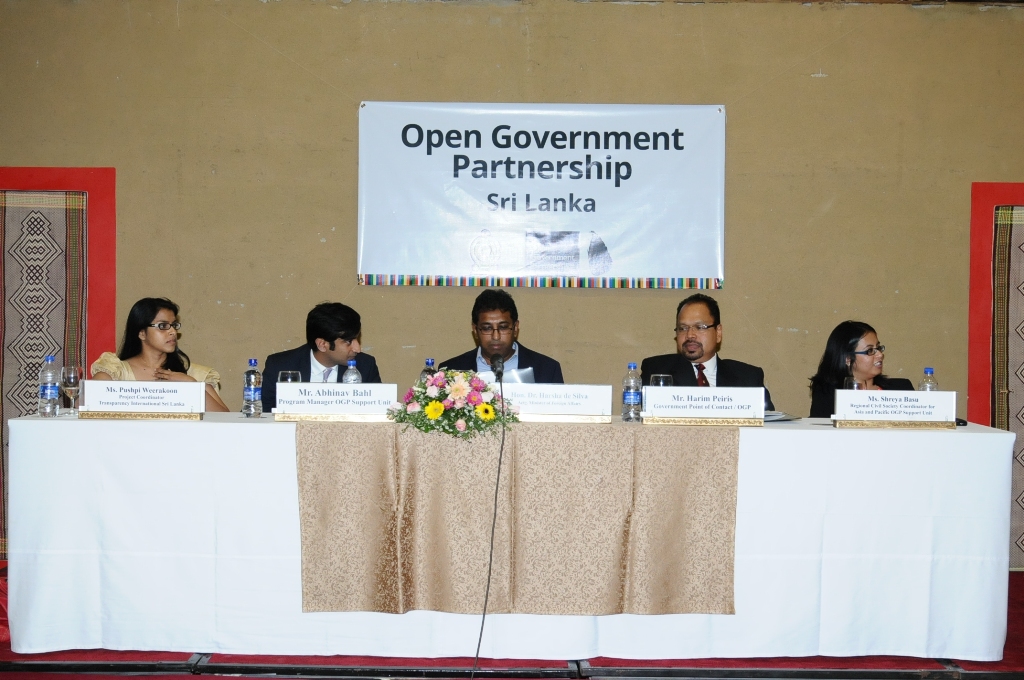 at the Inauguration of the Open Government Partnership Workshop

It is indeed a pleasure for me to inaugurate the Open Government Partnership workshop, here in Colombo today.

On behalf of the Government of Sri Lanka, it is my pleasure and privilege to reiterate Sri Lanka’s firm commitment to the core principles of open government and we are proud to be the first Country in South Asia to have signed up to the Open Government Partnership.

Let me reflect on how we got to this point today, so that it can guide us during the working sessions tomorrow.

It is the sovereign people of Sri Lanka, who, at two successive elections last year, in both January and also in August 2015, rejected authoritarian and corrupt governance and choose good governance and democracy. A slide by Sri Lanka into authoritarian, corrupt and dictatorial governance was reversed. However, the election of January 2015, was only a start, and even as much remains and needs to be done, the most important task is for the gains and the new direction chosen in 2015, to be institutionalised and made irreversible.

This is where the Open Government Partnership comes in.

Firstly, the Government of President Maithriapala Sirisena and Prime Minister Ranil Wickremesinghe, recognises, values and indeed appreciates the crucial role played by civil society in bringing about the democratic revolution of 2015. Accordingly, the OGP initiative is not only a means of institutionalising good governance but it is also the framework or platform for a formal engagement with civil society on governance, reforms and government accountability.

Secondly this Government must deliver on our promise of a new Sri Lanka, to our fellow countrymen. The expectation of change has been very high and we need to deliver. Not just to satisfy our constituency or guarantee the Government’s political fortunes, but rather because our common interest and a shared future as a just, free and prosperous society requires significant change and reforms. Such reforms need to be transparent, consultative and accountable and it is the expectation of the Government that the Open Government Partnership will provide a forum where Government and Civil Society can engage in constructive dialogue, informed discussion and accountable, benchmarked real progress on governance.

For too long Sri Lanka has confined its democratic exercise to elections and then generally let governance be non-transparent and non-accountable. In the past, before 2015, critics of Government faced white van abductions, harassment and repression. Stopping the bad things was the easy part. Proactively implementing real and lasting reforms is a challenge, and must be done in partnership with civil society. We must empower our citizens, who are after all sovereign and equal citizens of a free country and not subjects of a monarchy. Accordingly, information and the right to information are crucial aspects of empowering citizens, since an informed citizenry is essential for a free society. Accordingly, I am extremely pleased that in keeping with the election promises of the Government, the Right to Information (RTI) Bill has been presented in Parliament and will soon become the law of the land.

Furthermore, I must also touch on the aspect of governance at the grass roots level. Very often for the citizen, their most frequent and regular interactions with the Sri Lankan state is with the Police, their local Grama Seveka, the Divisional Secretary, the provincial school authorities, the state health care service and the Pradeshiya Saba. Accordingly, it becomes crucial that these local level institutions of the Sri Lankan state, be responsive to citizen’s needs and accountable and transparent in their dealings with the Public. This requires a mind-set change, since generally our ethos has been in the direction of open, transparent and responsive governance. However, I believe that it is appropriate at this time to remind you, that President Maithripala Sirisena has repeatedly reminded this country that he believes he was elected as the Servant of the people, to serve the people, and that what Sri Lanka really needs are servant leaders and not those who act as petty potentates.

Finally, I am excited and confident that the Open Government Partnership will make a significant contribution to a new Sri Lanka and look forward to a dynamic process of developing a measurable, practical and do-able National Plan of Action for open government by our target deadline of mid-year. I wish tomorrow’s deliberations and discussions every success.

Ladies and Gentlemen, I thank you. 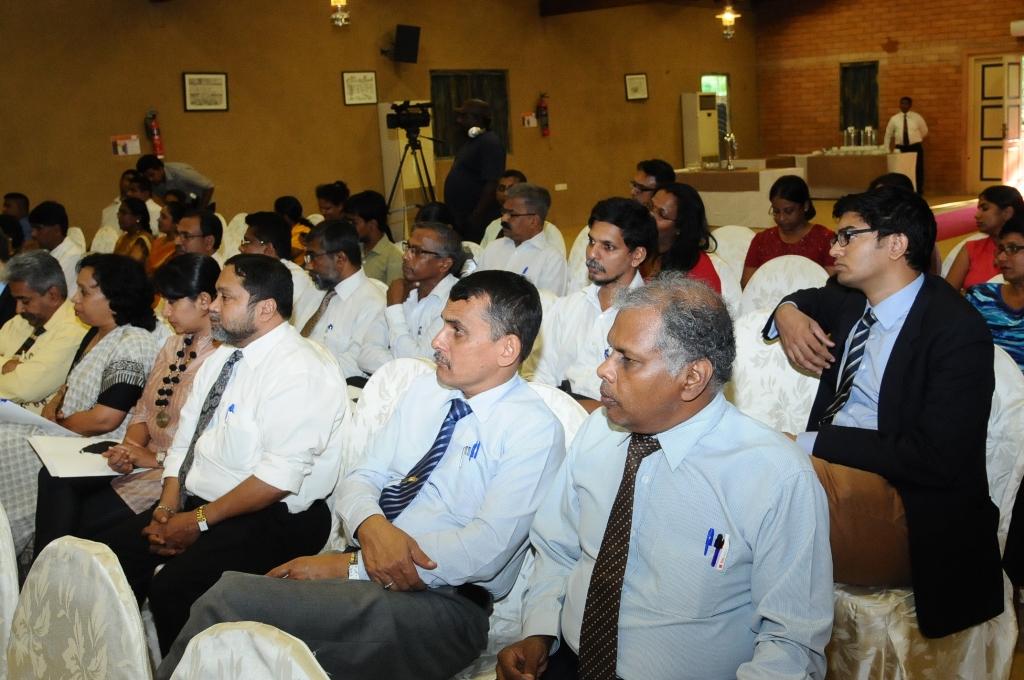 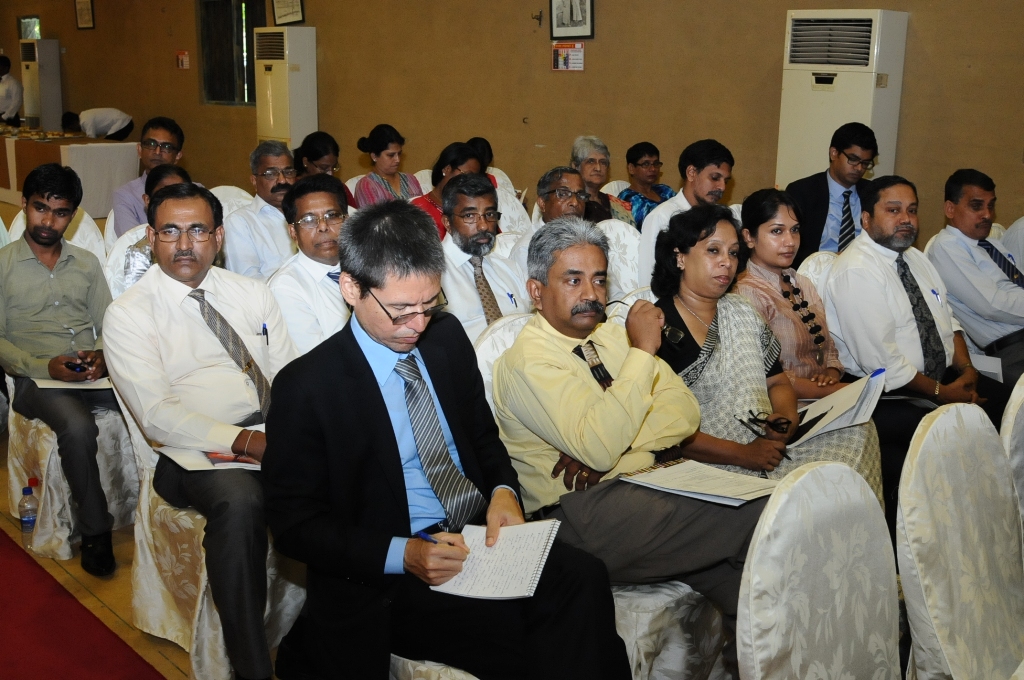 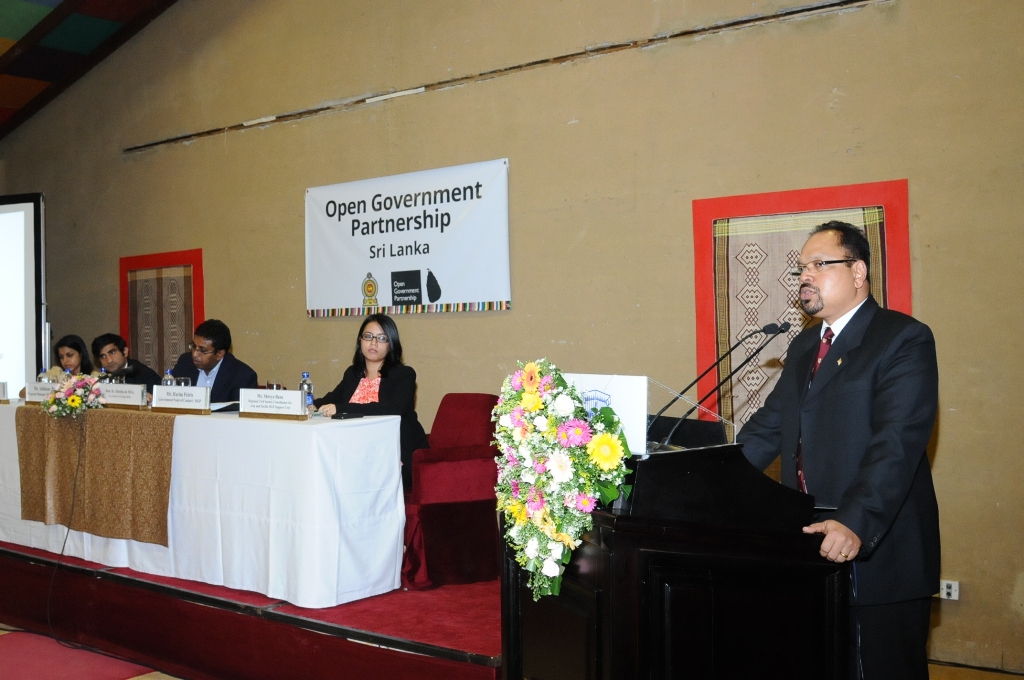