Gender Equality is 108 Years Away. Can Open Gov Close the Gap? 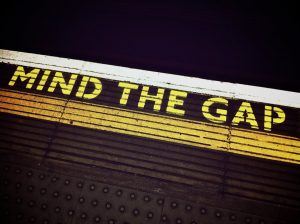 This article was originally published on Apolitical here.

According to the World Economic Forum’s latest Global Gender Gap report, we are 108 years away from achieving gender equality, with persistent gaps in the economy significantly larger than those in health and education.

Where data is available, it tells us that women continue to lag behind men in what they earn. This is due to a combination of occupational sex segregation where women and men concentrate in different sectors, with women-dominated sectors being less lucrative; disproportionate unpaid care work responsibilities that keep women out of the workforce or limit the time they can devote to paid work; and gender bias that ends up favoring men in hiring and promotion. Indeed, not only are gender pay gaps rooted in systemic discrimination; they also reinforce structural disadvantages faced by women and girls both in the labour force and within society at large.

At the same time, we lack data on so much of the economy — especially regarding gender pay gaps in the informal sector and particularly vulnerable forms of employment. The International Labor Organization published the first-ever data on the gender breakdown of the global informal economy in 2018, but this data does not speak to gender gaps in income, pay, or overall compensation, leaving policymakers with information that has limited use Evidence shows that women in the informal sector even face a “double penalty”: informal economy workers tend to earn less than those with formal employment and within this group, women, in general, earn less than men.

How can we close the gender pay gaps we know about, and improve access to data to better guide action across the board?

One opportunity lies in harnessing the potential of the Open Government Partnership (OGP), founded in 2011 to promote accountable, responsive, and inclusive governance, which to date has been largely untapped. Earlier this year, just two percent of OGP commitments had a focus on women or gender equality, and many of these commitments were unambitious or saw below-average completion rates.

But recently, OGP has placed a priority on promoting gender equality by launching the Feminist Open Government (FOGO) initiative, as well as the Break the Roles campaign, with a call to action to its 99 members to take meaningful steps on gender and inclusion in 2019. Today, 31 governments are either currently implementing or have pledged to implement a gender equality-related commitment, surpassing the original goal of 30 percent.

The 2019 OGP Global Summit in Canada featured the first-ever Feminist Open Government Day, which convened OGP members as well as researchers, advocates, and private sector representatives to further the agenda of gender equality in open government. As a part of this, the Open Data Charter and the Center for Global Development, with support of IDRC, teamed up to host a workshop to explore how increasing data transparency and accountability related to gender pay gaps can help improve women’s compensation and tackle broader gender inequalities in the workforce.

One of the main things we heard was that transformative gender pay gap commitments need to take an intersectional approach — one that acknowledges and addresses the occurrence of wage gaps not only by gender but also by intersecting demographic characteristics including race, age, employment type, and sector, and hence identify the right mix of remedies. Building on the workshop’s discussion, here we provide recommendations and next steps for how OGP can serve as a platform contributing to closing global gender pay gaps in their different country members’ contexts:

Efforts to achieve pay parity are currently hindered by the lack of available, quality data pointing to existing pay gaps, underlying drivers, and a comprehensive understanding of good-fit practices to learn from to address these gaps. With its focus on promoting accountable, responsive, and inclusive governance, OGP is an ideal platform through which to push for increased data transparency beyond simple measures of pay gaps to better target policy reforms needed to eliminate the gender pay gap