How open is the UK’s open government strategy? 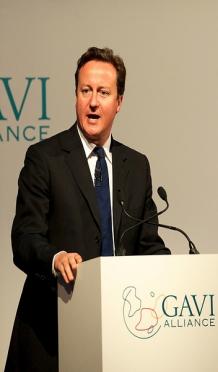 All UK Government departments produced an open data strategy in June – alongside the Cabinet Office’s Open Data White Paper – pledging themselves to big releases of datasets and innovative open data approaches over the next two years.  Although they followed a template, the departments’ strategies vary dramatically in scope, detail and ambition.  This reflects how far different parts of government have progressed and the demands made on them to open up their information, decision-making and systems.  For example, the FCO is open about the challenges to changing the mindsets of their staff. While this is refreshingly honest, it is disappointing that the department has taken a passive approach to open data, promising to release only two pockets of data – an increased dataset on British Behaviour Abroad and consular satisfaction data – over the next two years.

This is in stark contrast to the UK’s other international department, DFID, which can boast genuine global leadership in aid transparency and the openness of its corporate information.  Later this year, DFID will launch a new version of its aid information platform, using data in the IATI XML format – a flexible mark-up language that complies with the International Aid Transparency Initiative (IATI).  Producing information in this format allows easy comparison with other international donors, such as the World Bank, the European Commission and the Netherlands.  It also allows a multitude of uses of that information – from country level data-crunching to spot over-lap of efforts, to diving into the details of projects to find exactly what aid agencies are doing on the ground, who they are doing with and what methods they are employing. What this strategy demonstrates is that progress on transparency is being made in areas of the UK Government but it requires a step-change in bureaucratic mindsets.

The FCO is, with a little luck and some internal transparency champions, making that first step.  Once organisations realise that proactive publication of information is not only the right thing to do but will help them be more effective, they can start opening up their data and their policy-making processes.

On the world stage, the UK has seized the transparency mantle with relish, urging its global partners to adopt a common standard for publishing aid information and to share best practice in open data under the Open Government Partnership (OGP).  As part of its own commitments under OGP, the Government has pledged to make all departments spending aid publish their aid information to the IATI open data standard.  However, none except DFID even mention this in their strategies. Next February, the UK will host over 50 countries as co-chair of OGP. Already criticised for neglecting “open governance” approaches and corporate transparency in its OGP plan, the UK needs to deliver on its sizeable open data promises.  If David Cameron is serious about the drive for transparency, other departments beyond DFID will need to open up and learn to share.