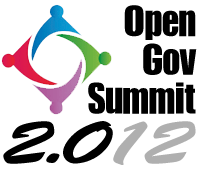 As an Italian, I know all too well that Italy has not always been considered at the forefront of the open government movement. But things are now changing fast. The crisis which brought about new economic and institutional dynamics, technological developments, the clear need for more direct forms of citizens’ engagement in these difficult times, the European digital agenda: everything calls for an increased openness and transparency of governments, and Italy is no exception.

The Italian government is aware of this, and its OGP commitments show a good mix of open data, e-government development and new measures to prevent and fight corruption. The Italian civil society is also increasingly engaged in those issues, aware that citizens’ disengagement is a dangerous phenomenon and that providing ways for the people to interact with the government in a transparent way is fundamental for a well functioning democracy.

This is why tomorrow, Tuesday 6th November the first Open Government Summit 2012 will take place in Rome. It will be the first gathering organized by Italian civil society groups where the worlds of politics, public administration, business and civil society can discuss the state of play of open government in Italy, and its place in the international scene. It will help those different communities to share and compare their different experiences, and to understand the dynamics of the Italian and international efforts towards a more open approach to governance. It might be also a catalyst for discussions on what role do the different players want to play in making open government a success in that country. And the success envisaged should not only be that of fostering citizens’ participation, government transparency and accountability. Italy, which is undergoing a tough period of reforms and fiscal consolidation, and is struggling to find its path to growth, cannot overlook the business advantages that open government, and open data in particular, could bring about. It is fundamental that in the summit all aspects of the potential of open government are expressed, from the pragmatic gains to the principles lying behind such initiatives.

To reflect and spur us towards the diverse perspectives described above, speakers at the Open Government Summit will include representatives of the government, including the Minister for Education and Research, businesses, NGOs, university and media. The programme will be structured around the broad themes of transparency, citizens’ participation, the role of new technologies and visions for the future, and each panel will be a discussion, rather than a series of individual presentations, in the true spirit of openness and collaboration. I will be live tweeting from the event (@opengovpart), and I look forward to some international comments and engagement. We should all learn from each other, and Italy has still much to learn.