The United States government undertook the Open Police Data Initiative as part of its 2015 National Action Plan to address high levels of distrust and tension between police and the public. The initiative encourages local police jurisdictions to proactively extract and publish policing data. The project is managed collaboratively by the Department of Justice’s Office of Community Oriented Policing Services and the nonprofit organization, the National Police Foundation. The initiative increased access to information by creating a centralized database that comprises over 130 jurisdictions and 405 data sets as of June 2020, including cities such as New York, Los Angeles, and Detroit. The website also provides tools to extract, analyze, and publish data. This repository has led to published data sets in numerous areas, including on police use of force and officer-involved shootings. However, agency participation is voluntary, and the adoption rate remains low. Additionally, there is a need to improve data standardization and ensure regular updates. Recent unrest across the United States has reignited interest in open police data as reformers call for greater police transparency. This initiative demonstrates a viable process to further open police data with the ultimate aim to reduce bias and unnecessary use of force in policing tactics and increase public trust.

In 2009, India’s Parliament amended the Criminal Procedure Code to include a requirement that all police departments disclose information about arrests made. The law mandates that the information be published daily at the district level and include the names of arrested individuals and the names and designations of the police officers who arrested them. While this information raises concerns about privacy protections, it can be an important step for minimizing pretrial detention that does not comply with due process rights, especially in contexts where institutional protections against abuse of power and for access to justice may be weaker. Additionally, police headquarters must regularly collate this information at the state level, as well as information about the offenses for which arrested individuals were charged. All of this information is publicly available in the form of databases on the official websites of each state’s police department. For example, see Kerala State Police’s portal. Separately, India’s National Crime Records Bureau has published the annual Crime in India Report since 1953, which contains crime data from across the country, including cases registered and persons arrested. 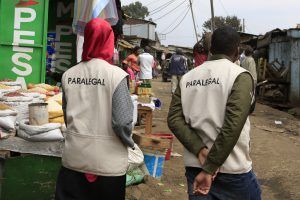 This paper encourages justice reformers to better connect with OGP and its processes as a strategy to implement change.