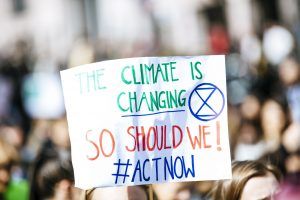 This blog was originally published on the Open Data Charter’s Medium page here. If you’d like more information on opening up data for climate action, reach out to info@opendatacharter.org.

Open data adds value to the climate change agenda. After a little more than a year of work, we are finally finishing the pilot project for the implementation of the Beta version of the Open Up Guide for climate action.

The project stems from a collaboration between the Open Data Charter (ODC) and the World Resources Institute (WRI) who, with the support of the Inter-American Development Bank (IDB), developed a first version of an Open Up Guide for climate action. It sweeps a series of relevant data for climate action that respond to a process of consultation and work with the climate change and open data communities and presents a non-prescriptive list of priority data to be opened in the sector.

With this first version of the Guide, we approached the teams of the Digital Division of the Ministry of the General Secretariat of the Presidency and the Ministry of the Environment of Chile with the proposal to put the Guide and the implementation methodology to the test. Coordination between departments is crucial in order to move forward with open data projects and this was no exception. As part of the pilot process, a mapping of the existing climate data was made, which did not seek to be exhaustive, but which allowed us to understand the Chilean climate change data ecosystem and have a picture of the situation on which to initiate dialogue between the areas. FIMA, the local partner of this project, also carried out semi-structured interviews with civil society organizations and government officials to find out their perception regarding the challenges and needs regarding the opening of data and then be able to reinforce the recommendations to advance with this agenda in Chile.

As part of the activities of this action, in January of this year, an in person workshop was held where different actors from the climate change and open data communities participated. Participants from different Ministries, Universities, civil society organizations and cooperation organizations spent a day to reflect on the opening of data, evaluate the Guide and learn about the priorities of the climate change agenda from different perspectives.

A year on and leveraging learnings and aspects to improve, we presented a work plan for publication and proposals to continue working together in the future. ODC and WRI took many points to continue working on this project, data to incorporate into the Guide such as those that report oceanographic issues and those of vulnerability to climate change, think about how to approach the NDCs and other change management instruments from the beginning climate with the information collected in the mapping.

The Office of Climate Change of the Ministry of the Environment of Chile sees this project as a very important contribution to the management of climate change, since public access to information and quality climate data that allow easy visualization, understanding and reuse, will allow increased participation of society at all levels, public awareness, and in general, contribute to improving the reliability and availability of information for decision-making. From the government’s perspective, learning and spaces for improvement go through the instances of collaboration and bridges what has been built with other areas of public administration, as well as with the open data community. It was important to be able to have an initial space for conversation regarding the opening of climate change data within the system that generates them and to advance the understanding of the potential of openness thanks to the value that such openness can generate for the different types of actors.

Likewise, the final report expresses both the need for civil society to be an active part of the reuse of data sets in order to reach its own conclusions, as well as the will of some State agencies to generate a greater and better synergy with that population that demand and access climate data sets. In this sense, the search for open data is both a cause and an effect of the empowerment of civil society organizations and movements, who in a context of climate and ecological crisis have decided to become a fundamental axis of the defence of the environment and the human rights that come from our interaction with it. Similarly, there is a recognition by public institutions that a more fluid and dynamic relationship between generators, users and data reusers lead to the creation of more legitimate, representative and efficient environmental and climate policies, as well as greater and better participation and public awareness. For this reason, this process goes far beyond the generation of an Opening Guide, it has contributed to the strengthening and deepening of the rights of access to information, participation and environmental justice. The roadmap generated, when correctly implemented, can be an important tool to facilitate the confrontation with climate change from a multi-sectoral perspective, and ultimately, as a society as a whole.

We know that there is a long way to go and we hope to continue moving forward and testing how open data can help advance the climate change agenda, an agenda that, even in the midst of an international crisis such as that represented by Covid-19, continues to be of crucial relevance and importance in our lives. But from any such crisis, a possibility of rethinking and reorganizing can arise; the proposal of a sustainable economy, which has a thriving relationship with the environment, is now more feasible than ever. The management and exit of this pandemic is only possible through collaboration and open data will be an important tool to understand that new reality and synchronize future actions.