We, young people from around the world, gathered here in Rovinj, Croatia, on 2nd September 2015 at the Open Data Youth Camp, to express our commitment to the principles of open, transparent, participative and accountable government, which provides efficient services to its citizens, thereby actively enhancing social and economic development.

What was the sentence you used the most this summer? For me it was “never again, never again” as I walked back and forth in front of the AC in the office. Croatia was on the quest to organize the first ever OGP youth event – An Open Data Youth Camp. It was a part of our big push for open data in Croatia, but also translating into practice one of our NAP commitments which is to include youth and make OGP sustainable. Obviously, everybody else was on vacation, away from emails and phones. Unsuspecting Open Youth were scattered throughout the subcontinent, not realizing they will soon be united in the task of coming up with apps and platforms, writing declarations, working with grumpy civil servants on their data, discussing open data concepts, the idea of the evolving revolutions, reuse, licensing, misuse and much much more one doesn’t do in August.

As I, a complete novice, emerged into the open data and IT world the to-do list on my computer kept exponentially growing with sponsorships, media plans, rooming lists, materials, learning how to update a webpage, doing the web at 2 am so nobody sees it until I fix it, talking to strange people on IT forums, discussing logo vectors (?) ordering food, finding flights, finding a venue, trying to do financial projections, getting the local government on board, discussing experts and discussing with experts, trying to master twitter (thanks Katarina), writing materials, preference lists, jotting down ideas for icebreakers and expert briefings, and calculating, calculating, calculating.

To the rescue came old OGP friends France and UK as partners, but also as leading countries in open data –and their rapid open data deployment teams with experts, amazing young people and a lot of good will and support, making the camp international and ensuring the extra quality and dynamic we needed. To the rescue came OGP Slovakian and Italian experts in open education with their valuable input. The Croatian OGP Council and especially the Open Data family patiently answered my flock of emails, worked, volunteered and pitched in. The Croatian IT sector came in with scholarships for Croatian and foreign participants and memory sticks, t-shirts, pens, notebooks and rewards for the winning team. In the end, one participant’s mother horrified with the fact we have no dessert for farewell dinner came in with two trays of cake. All was ready for 23 youth participants and 11 experts from Europe to take Rovinj by storm and teach me a few things about what kind of a world we can hope for.

Hold on, why I am I doing all the talking, when they do it so much better?: Let’s ask them to tell us about the camp:

It was great experience and I really enjoyed working with everyone, particularly with my teammates. We did great job in such small amount of time. You make me proud. 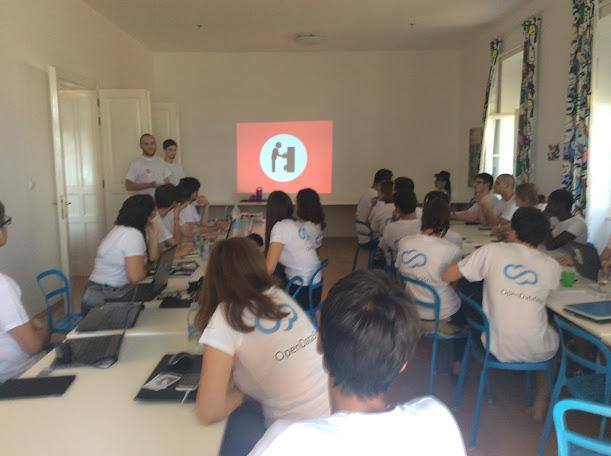 Exploring Open Data as a group of youth from all over Europe has been an extremely rewarding experience. Being able to collaborate, share ideas and learn from each other has exceeded all of my expectations. The intensity of the Open Data Youth Camp brought nearly 30 strangers together in a way like no other – I’ve no doubt in my mind that I’ve made friends and connections for life.

The Open Data Youth Camp was inspiring and different. Having attended several open data events that can either tend towards technical overload or vague corporate abstraction, it was exciting to be a part of an event that produced so much more. Bringing together young people from all over Europe who were from a range of professional backgrounds, and encouraging us to critically engage with the concept of open data produced diverse and impressive ideas, and I came away from the event with good friends. The Open Government Partnership claims to champion civic participation, and the Open Data Youth Camp was a fine example of how it meets this claim. 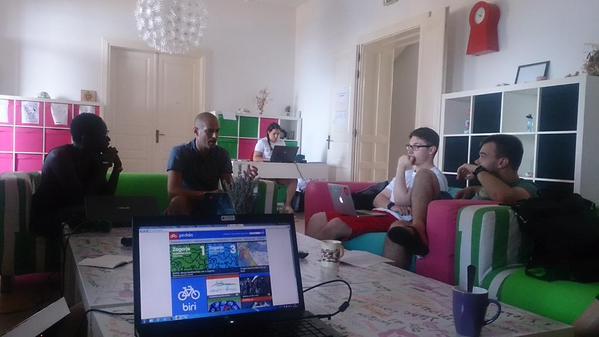 This camp was really an unforgettable and eye-opening experience. The only disadvantage is that it lasted too short. I am looking forward to similar events because it looks like we can really make a difference.

I loved how all nationalities seemed to get together so well! I’ve never before been in an environment at an international event as amicable as ODYC. Truly, I’ve gained real friends. 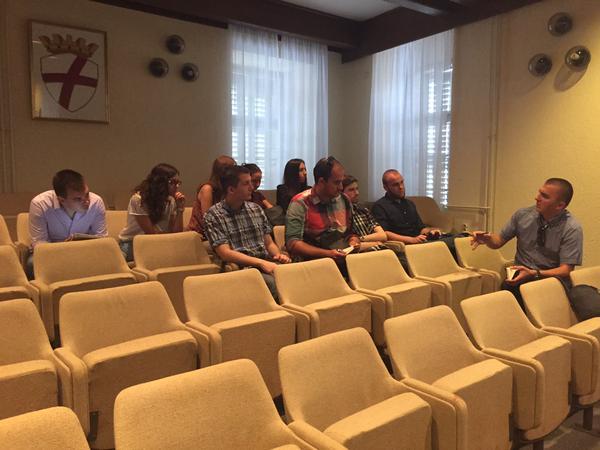 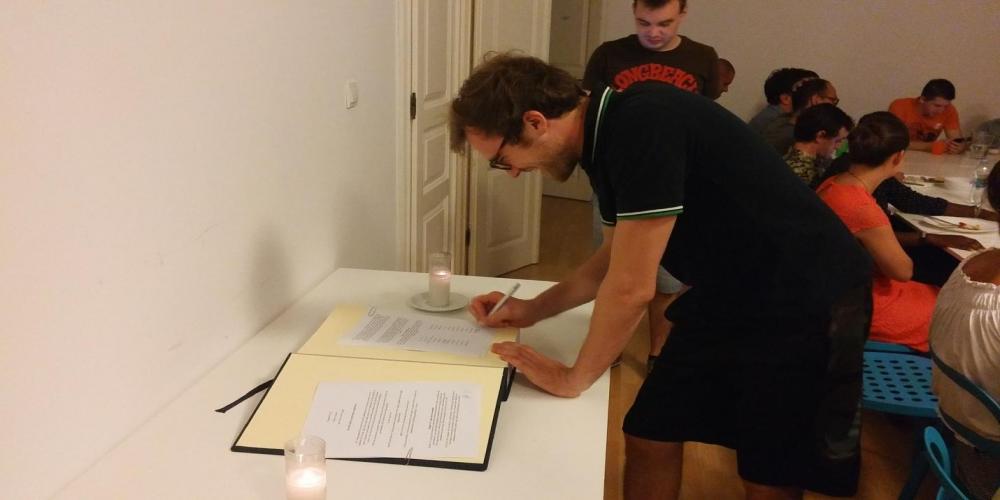 ODYC was a wonderful experience, we learned so much, heard about good practice in the world regarding Open data and had a lot of fun. It is amazing what we can do together. 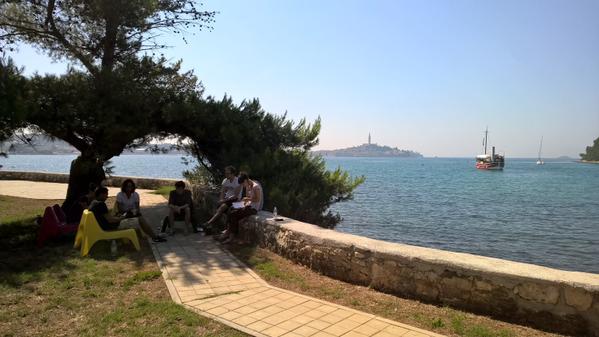 I was impressed by the creativity and the energy of the participants. They were translating their ideas into projects and even seemed to prefer this work over jumping to the sea a few meters away!

Impressive right? And this is not even the selection of best but rather all the comments collected thus far. What did #openyouth teach me this summer? That it is an absolute eye-opening privilege to work with openyouth. That we need them more than we realized. That OGP and openyouth is the mix that can set new standards and implement new values for this century. They are energetic, tolerant, kind, hardworking, inspiring, fierce and quite funny. Especially when they would come up to me and ask me if the fact they were here means they can’t apply for next year. (What’s happening next year? I don’t get it?) They do not consider openness, transparency and access to information an accomplishment but rather a prerequisite. As they have stated in the preamble of the Open Data Youth Declaration – open data and information is not a right but possibly more importantly a precondition for access to human rights, to a quality of life.

After three years in OGP you would think I’d be used to having “changing the world” on my to-do list, but nothing prepared me for how quickly, how effortlessly and how well this new generation can do that. I was embarrassed to be surprised when they unanimously voted to open and put online not just all the ideas for apps and platforms they came up with during the camp, but also the results of voting for each of their competing projects (to the penny) and the draft Declaration, which we are still working on, for public comments. They went to the other side, felt what it was like to open up data and information you are attached to and did it anyway. They were never late for an activity, they helped each other, participants from competing teams helping each other well into the night. We were proud to host not just an almost equal amount of women as men but very diverse backgrounds, sectors and experiences. The amount of enthusiasm, positive energy and how this new generation takes democracy, openness and transparency for granted, requests it on every step of the way, has given us in Croatia a feeling of pride and generated much motivation to keep pushing for the future they deserve.

I look forward to discussing more about this great experience with friends and colleagues in Mexico and all upcoming events. In the meantime this is our webpage http://odbc.codeforcroatia.org/ which will be updated soon with projects developed at the Camp, evaluation results, pictures and links to TV segments about the Camp.