The Open week in review 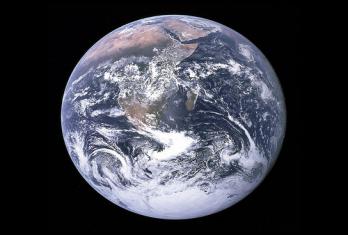 Photo credit: Whole Earth by NASA on The Commons via Flickr

This week, hundreds of open data enthusiasts descended upon Washington DC as the World Bank Open Data Initiative and the Open Development Technology Alliance came together to host the second International Open Government Data Conference (IOGDC).  Over 400 people from more than 40 countries including technologists, government officials, civil society organizations and the private sector came together for the three-day conference which featured over 100 speakers sharing their experiences, encouraging new approaches, and demonstrating the power of putting open data into practice.  If you missed it, videos of the opening session and welcoming keynote speeches by World Bank President Jim Yong Kim, World Bank MD Caroline Anstey and US CIO Steven Van Roekel are available on the World Bank’s website.

Elsewhere, an article in this month’s UK edition of Wired Magazine, The revolution will be live streamed has featured a number of inspirational initiatives from around the world where citizens have embraced technology to share information and empower their causes.  In Chile, the Smart Citizen Foundation aims to reduce ’information asymmetries’ in Latin America through innovative information technologies.  The foundation’s recent tools include a Smart Access app, which lets citizens submit anonymous freedom-of-information requests to specific government agencies and compiles all responses into an open database.  It also produced the ‘Citizen Balloon’ that live-streamed a birds-eye view of the Chilean student protests in July 2011.

An activist in the USA founded Code for America, a nonprofit organization that connects civic hackers with city administrators to help solve local issues.  The project has created 20 mobile and web apps for a range of issues including education, street art and transport, with all its information openly available to the public. In India, users of the ipaidabribe.com website continue to grow at a fast pace.  The website, set up in 2010 to eliminate small-scale corruption in India, has had 16,000 reports over the past 2 years and is now used in every major city in India. Nigeria’s Co-creation Hub has been gaining prominence in the country as it helps to improve social issues in the country through information sharing and investment.  The CCHub identifies areas of concern and connects entrepreneurs with investors who can mentor and fund ideas.  The program currently supports 21 ventures, and has worked with the Indigo Trust and the World Bank to provide seed funding for projects.

Finally, the Chesno movement in the Ukraine continues to grow following its prominent role in the country’s 2010 presidential election.  The campaign uses tools including Google, Facebook, Twitter in addition to Russian social networks to vet the suitability of political candidates.  The initial idea, borrowed from a similar campaign in Romania, involves assessing all electoral candidates against a set of criteria, and asking officials to disqualify those who do not meet it. To date, two political parties have signed an agreement.