Why Uganda has not joined the open government partnership 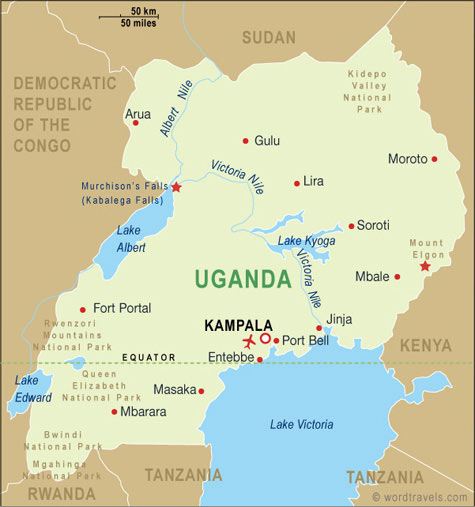 In Africa only six countries qualified, of which five (South Africa, Tanzania, Kenya, Liberia and Ghana) have joined the partnership. The eligible country that has not joined is Uganda. Not that we have not seen any attempts at transparency from the government however.

The price of secrecy

The extent to which governments worldwide have been engaging the citizenry in governance has been only dismal, especially in Africa. This purge of the people’s voices has only been increasing since post independence governments across Africa assumed self rule in the early 1960s, and the consequences have unfortunately been tragic in a vast array of cases

Issues of transparency and accountability were for long dismissed by governments as parts of civil society’s endless whiny singing. “The people love us”, some leaders assumed, and there was nothing wrong going on, they claimed. As evidenced by the recent uprisings in the Arab world however, and the American “occupy Wall Street” movement which some are branding America’s civil version of the Arab spring, citizens’ silence doesn’t always mean satisfaction with the status quo.

Many of the civil unrests that have taken place in recent years have largely been a result of governments’ failure to be accountable to the people. Chronic corruption stemming from resource misuse that is always shrouded in secrecy has reached boiling point and now the volcanoes are starting to erupt, with unfortunate consequences. Yet there is a lot governments can do to avert these crises. They can simply OPEN up!

Fortunately some governments have started to take note. The Kenya Open Data initiative which involves government displaying resource use of key sectors such as education, health and infrastructure on an easy to use website has already earned international praise as a revolutionary move towards transparency. Tanzania has also made her membership of the Open Government Partnership (OGP) vibrant, with President Kikwete in an address to its annual global meet in New York in 2011 powerfully reiterating the need for Tanzania to be open to citizens on issues that affect them, particularly basic services and issues of value for money. He thereafter went ahead and appointed a Minister for Good Governance, Mathias Chikawe, to lead the process on behalf of the government.

The Uganda government despite its eligibility to membership, and despite the presence of Finance Minister Maria Kiwanuka at the New York event, has so far not applied to become a member. This would seem ironic since Uganda has put in place measure to be transparent. The Civil Society also has some transparency initiatives in place

Uganda has attempted to promote transparency and accountability with initiatives such as the Public Expenditure and Tracking Surveys (PETS) which was launched in 1996, the work of the Budget Management and Accountability Unit of the Ministry of Finance, Planning and Economic Development, ACODE’s ten year Uganda Local Government Councils Score-Card Initiative (LGCSCI) launched in 2009, and DevTrac, an initiative led by a consortium of government and donor agencies: including the GEO-IS Working group, UN-OCHA, Uganda Bureau of Statistics and UNICEF – to visualize and monitor the status of social service delivery.

However, these efforts have been undermined by the weaknesses in their own conception. There have not been adequate monitoring strategies to assess their effectiveness and so some which have created loopholes in which government has always found ways around the systems to continue keeping the citizens in the dark about the goings on in government. Besides, the hot spot sectors like health, education and defense, have not been at the centre of these initiatives in terms of making public resource inflows and expenditures.

Most of these transparency efforts are actually hunkered in the country’s laws:

Uganda’s Constitution guarantees freedom of expression, including freedom of the media. In addition, Article 14 (1) of the Constitution gives every citizen the right of access to information held by the state.

The article resulted into the 2005 access to information act  but the challenge is that government, while legislating on open access also takes away key tenets of openness in counter legislations that negate the impact of the law, fulfilling the old adage of “giving with the right hand and taking away with the left”.

Examples of these ‘counter’ legislations include; Anti-Terrorism Act (2002); Press and Journalist Act of 2000 and the Regulation of the Interception of Communications Act of 2010 , the Public Order Management Bill (2011) which seeks to regulate the conduct of public meetings as well as discussion of issues at such meetings and the 2010 Press and Journalists Amendment Bill intended to enforce annual registration and licensing of newspapers by the statutory Media Council.  State surveillance structures such as the Resident District Commissioners, Gombolola Internal Security Officers (GISO’s) and the  District Internal Security Officers (DISOs) continue to create a climate of fear among seekers of information as well as potential information sources, resulting in increasing cases of self-censorship and fear to ask for information

So, why is Uganda reluctant to join the OGP?

In summary, these are the reasons

In an unusually harsh statement issued following the chaos in Uganda,  the US government condemned what it called the “deteriorating” human rights situation in Uganda and asked the government to respect civil liberties of all citizens, including minority groups.  In her statement, US State Department Spokesperson Victoria Nuland said:

“…The United States is concerned about Uganda’s deteriorating human rights record”, she said, adding that, “…recently, the Ugandan government has failed to respect freedoms of expression, assembly, and media, as well as its commitment to protect the human rights of all Ugandans.”

America’s condemnation came in the wake of Amnesty International’s report (‘Stifling Dissent: Restrictions on the rights to freedom of expression and peaceful assembly in Uganda’) in which the UK based rights organisation describes how journalists, opposition politicians and activists face arbitrary arrest, intimidation, threats and politically motivated criminal charges for expressing views deemed critical of the authorities.

So Uganda has come to view these international declarations and commitments rather suspiciously. (Note that Uganda is not the only country out of the 80 that qualify, not to join! E.g New Zealand considered joining a ‘resource drain’!)

What should be done to encourage Uganda to sign up for OGP and practically implement open government?

Rwakakamba, Morrison (2011): GOvernemnt must open up for ideas: The independent November 8, 2011 http://www.independent.co.ug/column/comment/4851?task=view

Uganda Correspondent (2011): “Uganda left out of the open government club’” article at http://www.ugandacorrespondent.com/articles/2011/11/uganda-left-out-of-%E2%80%98open-government-club/

Image credit:  Uganda_Map from I believe in Love via Flickr