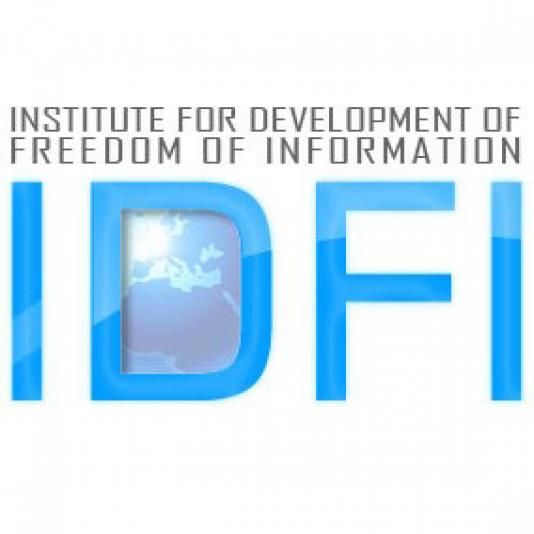 On January 11-12, USAID G-3 Program (Good Governance in Georgia) organized the civil society forum (see the list of participants and the agenda) about Georgia’s participation in Open Government Partnership gathering some 25 representatives of NGO-s and government, as well as independent experts. The civil society forum discussed many important topics concerning Open Government Partnership. The primary topic for discussions was the recommendations developed by the Media Advocacy Coalition for the Government of Georgia regarding the Action Plan of Georgia for the initiative.

The start of the conference was marked by the Head of Mission Mr. Maris Mikelson who stressed the importance of the OGP for Georgia. The presentation was followed by Giorgi Kldiashvili, the FoI expert of G-3 Program and the director of the Institute for the Development of Freedom of Information, about the Open Government Partnership itself and Georgia’s participation in it in particular. The presentation was followed by another presentation by Ketevan Abashidze, a representative of the Analytical Department of the Ministry of Justice who oversees topic related to OGP, about Georgia’s action plan. Ms. Abashidze presented the plans (both completed and in progress) of the Government towards meetings the goals of the Partnership, in particular: the project of http://www.data.gov.ge, a website that will have all the public information available on the websites of other public institutions available in one space, the project for an online petition’s website ichange.ge, Justice Houses, and other projects. The members of the civil society forum asked several questions and offered ideas for improvement. One area that consistently drew criticism was the role of the Anti-Corruption Council regarding OGP. Several participants argued that the Council was not the institution that must have the responsibility for supervising Georgia’s fulfillment of its action plan. Ms. Abashidze, on the other hand, argued that OGP went under the supervision of the Anti-Corruption Council because, for the previous government, the initiative was primarily a tool for prevention of corruption, and that the number of the members of the Council will be increased in the near future. The recommendations of the Media Advocacy Coalition (discussed below), however, suggest that the supervision of the processes related to OGP be transferred to the Office of the Prime Minister of Georgia instead.

The second half of the conference was almost exclusively devoted to an in-depth analysis and criticism of a set of recommendations by the Media Advocacy Coalition developed by IDFI for the Government of Georgia. As mentioned in the previous post, the Media Advocacy Coalition recently had a meeting with the Prime Minister, one of the topics of which was Open Government Partnership and Georgia’s course of action in the frameworks of this initiative. During the meeting, members of the Coalition expressed the desire that the supervision of activities and plans in the frameworks of OGP in Georgia be transferred to the Office of the Prime Minister of Georgia.

In a letter addressed to Bidzina Ivanishvili, the current Prime Minister of Georgia, the Coalition once again introduced the above-mentioned idea and expressed its willingness to actively collaborate with the Office of the Prime Minister and to answer any questions Mr. Ivanishvili might have. Attached to the letter were the recommendations created by the Coalition for better meeting the expectations of the Open Government Partnership. These recommendations became the topic of the discussion during the forum.

Broken down into six sections, the recommendations present a wide variety of activities and actions the Georgian government should undertake to meet the goals of the initiative. The general directions suggested by the Coalition are: the development of a list of information subject to proactive publishing, steps towards a more transparent civil service, transparent legislative activity and the engagement of citizens in legislative processes, transparency of public finances, improving governmental websites and creating effective mechanisms for public engagement.

In total, these sections contain 23 specific recommendations that will enable the Georgian public sector to rise up to the standards of transparency and openness required of the members of the Open Government Partnership.

Some issues raised in the recommendations proved controversial enough to facilitate lengthy discussions. The first recommendation about the creation of a forum of non-governmental organizations working directly with the Office of the Prime Minister of Georgia became the subject of most questions and recommendations. The participants of the conference spent a great deal of time discussing this issue with the representative of the Office of the Prime Minister Mr. Irakli Melashvili, Assistant of Prime Minister of Georgia, finally coming to a consensus of tasking the government with creating a separate section on the website of the Government devoted wholly to Open Government Partnership, where the announcement about upcoming meeting of the forum will be posted, giving non-governmental organizations time to register for it.

Representatives of respective NGOs and governmental structures, as well as independent experts, offered several other ideas about changes to be made for the final draft of the recommendations, which took most of the next day. A large focus was made on the issue of engaging the general public, as opposed to just interested NGOs, in the activities centered on the Open Government Partnership. To this end, the participants suggested obliging the employees responsible for websites like Ichange.ge or data.gov.ge, which are supposed to feature an online petitions or a function to request public information online respectively, enable the users of these and other websites to keep track and receive regular updates about the status of their questions/suggestions/requests. This kind of active response to their activities in the online space will facilitate the trust necessary in the public for the effective functioning of these types of websites dependant wholly on the active participation by everyday users.

The participants of the forum stressed repeatedly that the failure by the government to engage civil society, both NGOs and the general public, would be the failure to meet the goals of Open Government Partnership, since one of the cornerstones of the initiative is precisely a greater degree of engagement of general public in government affairs, and in this particular case, in the process of fulfilling Georgia’s action plan.

Another interesting idea introduced in the presentation of the recommendations was the creation of a network of libraries, which will function both as an educational space, as well as a space where the citizens may discuss important issues and access resources necessary for greater engagement in governmental affairs. A point raised was that the current centralized infrastructure is very ineffective and should be replaced with a large number of local libraries throughout the country.

The participants stressed the importance of an issue that had not been addressed in either the action plan or any discussions prior to the forum, namely the problem of ethnic minorities throughout the country who might not have access to information about OGP because the relevant materials are not available in the languages of these minorities. Translating relevant materials and making them available on the webpage for OGP on the official website of the Government was one of the possible solutions suggested by the participants of the forum.

The recommendations will be revised and sent to the Office of the Prime Minister of Georgia in the near future, and, hopefully, after some discussion, the process of implementing these changes will start.