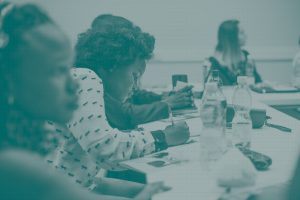 When the Open Government Partnership was founded in 2011, many of those involved said there was magic in the air. OGP created a pathway forward that built on the optimism many felt about the future, with advances on transparency and public participation in policy-making and the promise of new technologies. OGP was a new platform, with an innovative approach that fit the moment.

Today, we face a new moment. As OGP enters its second decade, it has grown in many ways that exceeded our founders’ expectations. But as our movement has grown and shown pockets of results that the OGP community can be proud of, so too have authoritarian and other forces pulling in the direction of closed governments. The successes are not yet adding up in changing the culture of governments.

There is a need and an opportunity for us to meet this moment, applying lessons learned in our first decade.  To ensure that the Partnership is fit for purpose for now and for the future.  Meeting this challenge will take a reinvigorated OGP. As when OGP was founded, what that looks like, must include a dialogue where all ideas are on the table, where good ideas can come from anyone and everywhere.

That is why OGP is calling on its community of reformers to step up and actively participate in developing a new strategy of OGP for 2023 -2028.  A new strategy that invests our energy, experience and talents into the places that matter the most, and into the areas that provide the most support for all those bravely pursuing work in pursuit of OGP’s mission to promote transparent, participatory, inclusive and accountable governance. This is your invitation to join us.

There is a need and an opportunity for us to meet this moment, applying lessons learned in our first decade.  To ensure that the Partnership is fit for purpose for now and for the future.

As we look to the future, it is important to remind ourselves of our origins and founding principles behind OGP.

When eight governments and nine civil society leaders launched OGP in 2011, no one expected it to reach its current size and scope.  As many founders of OGP describe it, the idea of truly opening up government, changing its culture, with the ultimate goal of improving the quality of public policies and services, felt like the right idea for the moment.

To give that ambition momentum, they shaped a partnership that would respond to global and country-level trends at the time. This included:

There was magic in the room when the contours of what we now know as OGP slowly became visible. A truly new partnership, breaking barriers between those inside and outside government, and between the “developed” and “developing” world. A global partnership anchored in domestic action that recognized that countries could have different starting points but could all commit to delivering ambitious reforms in their context, and accelerating reforms by empowering and inspiring reformers,

In the contest between open and closed governments, OGP was designed to tip the scale in the favor of open, seizing the rapid advances in the information and technology being made at the time.

The OGP model of catalyzing and sustaining progress on open government reforms by building high-level political commitment, empowering government reformers, and supporting effective engagement by civil society organizations has remained constant – even through OGP’s 2016 Strategic Refresh and the Three-Year Plan developed in 2020.

"
In the contest between open and closed governments, OGP was designed to tip the scale in the favor of open, seizing the rapid advances in the information and technology being made at the time.

While many of the founding ideas and design principles may resonate just as much today as they did back in 2011, as the Partnership enters its second decade, we need to ensure it is fit for purpose and responds to the changed global context we find ourselves in. We have the opportunity to learn from our first ten years but also reimagine our future in a way that brings back that feeling of possibility and being on to something special that our founders shared. A partnership that shows a hopeful way forward for those fighting for the values of open government.

As the OGP at Ten report highlights, today we are faced with a paradox.

On the one hand, OGP has grown in ways that exceeded expectations in its first decade. We know from ten years of data and evidence that:

On the other hand, the picture of individual members we know looks very different – for many, far less positive. More importantly, the successes of OGP don’t seem to be adding up. The whole is not greater than the sum of its parts. Scaling ambition and implementation and achieving impact at scale have proven elusive. The desire to see a shift in changing the culture of government to becoming more open, still remains in its infancy. Even as we have seen some compelling results, there has been a steady decline in civic and democratic liberties, and growing trends of populism and polarization. Challenges that are further exacerbated by the economic and public health crises brought about by the pandemic, and the troubling shifts in the global security situation.

Even as we have seen some compelling results, there has been a steady decline in civic and democratic liberties, and growing trends of populism and polarization.

The scales have certainly not yet tipped in favor of openness.

It is with this backdrop, that OGP is launching the process to develop its new strategy for 2023-2028.  As with all things OGP, this will be a strategy for both the full Partnership and the institution (the Steering Committee and the Support Unit). Living up to our own standards and principles means the strategy has to be co-created with the OGP community and other interested stakeholders.

There are a number of BIG questions and issues we need to grapple with as we think about the next five years for open government and OGP:

Inevitably there will be tradeoffs and choices involved in trying to answer these questions, and this will require an iterative approach to consultation, deliberation, and decision-making.  The process to develop the new strategy will run throughout 2022 and into 2023 and involve multiple points of community input and engagement. It will entail the following stages: 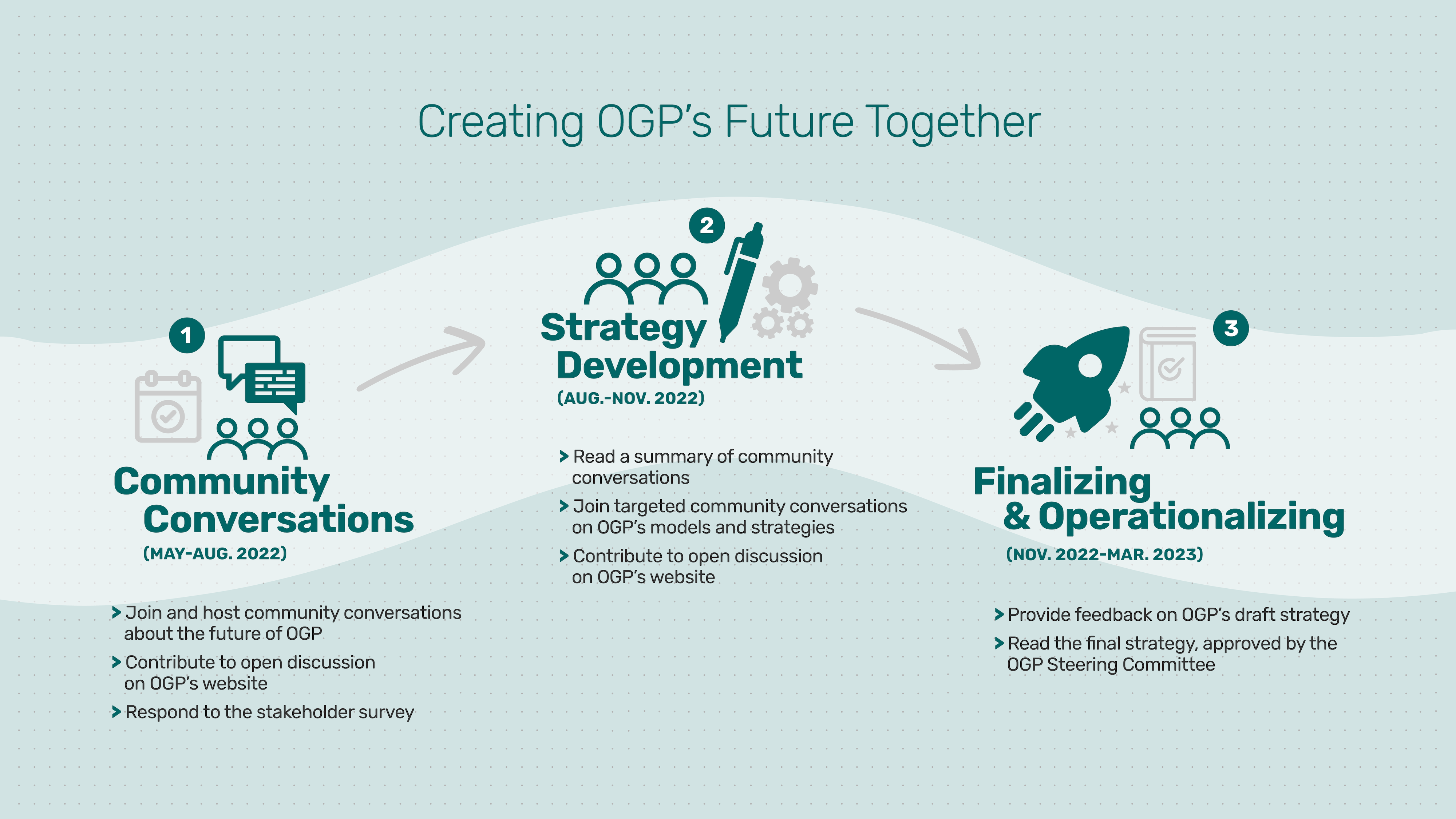 We invite all of you to participate in the process in the following ways:

A decade ago, a handful of people came together to make OGP the right idea for the moment. Today, we count on the minds and muscles of the vibrant community that the Partnership represents and many others outside to make OGP meet the current moment and take us into the future. 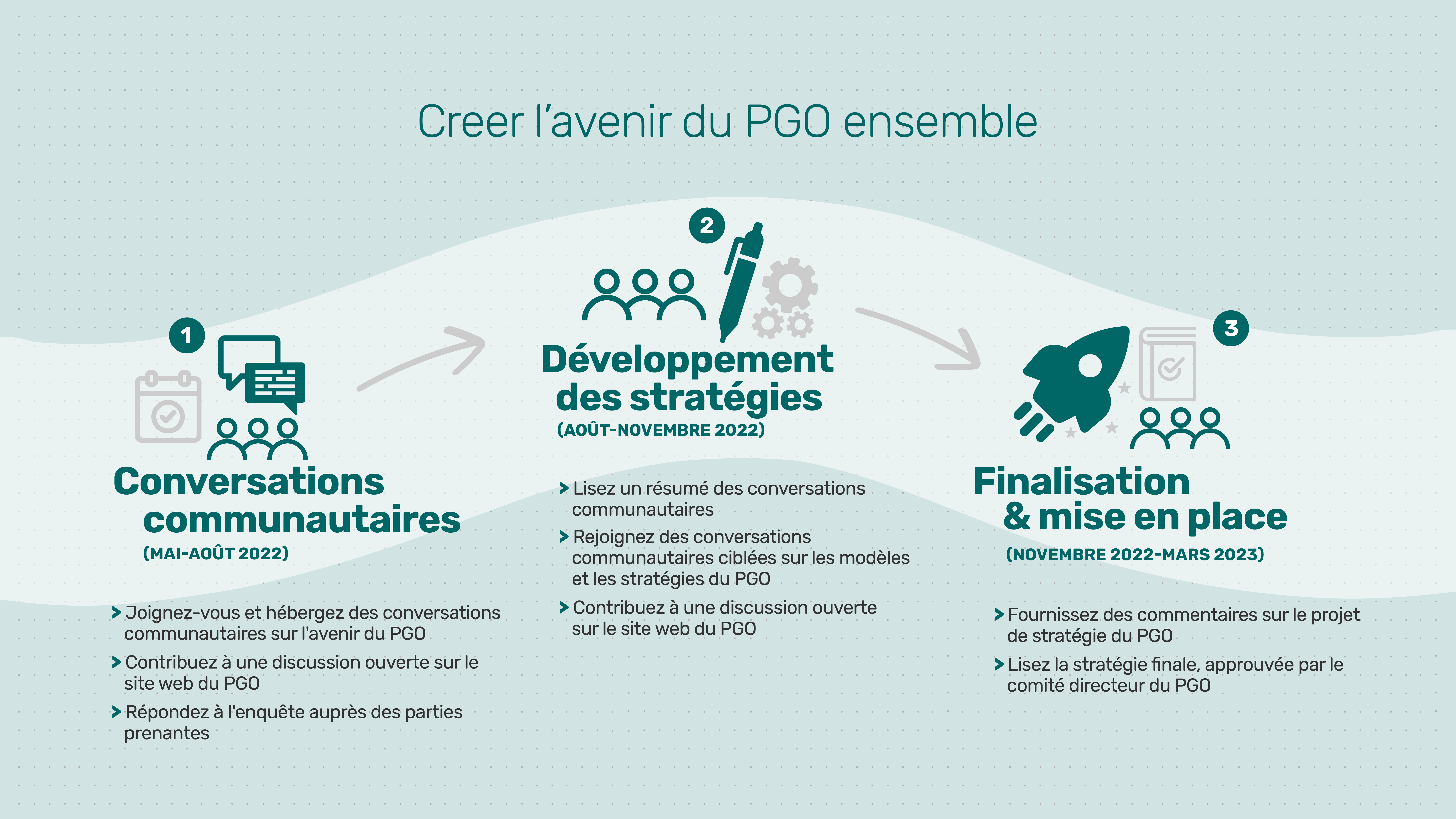 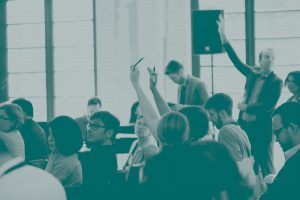 Help co-create OGP's new strategy. This page is your go-to resource for all the materials you need to host and join conversations and share your views on how OGP can… 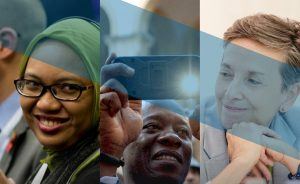 OGP at Ten: Toward Democratic Renewal

When eight governments and nine civil society leaders launched OGP in 2011, no one expected it to reach its current size and scope. Over the last ten years, however, OGP… 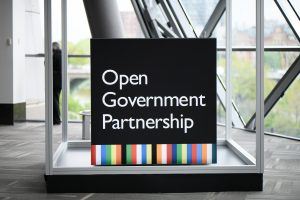 Connect to the latest OGP news, events and more.