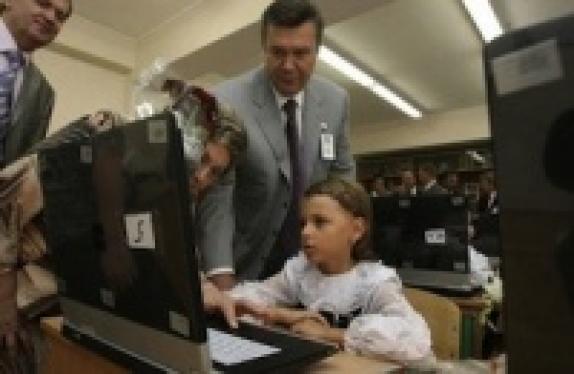 Ukraine and open government: the story so far

February 24 marked the 10th anniversary from the day when the idea of an e-government was launched in Ukraine. The go-ahead for the development of online democracy was given under the chairmanship of Prime Minister Victor Yanukovych whose government undertook to create within the shortest possible time a single electronic system of interaction with citizens and transfer the key administrative services to the Internet. However, some civil society organisations in Ukraine are disappointed at the speed of progress and in comparison to its neighbours, worry Ukraine is falling behind.

Owing to e-procurement, Georgia already saved US $200 million in two years. Moldova is currently actively advancing the idea of a single datacenter, on the basis of which government agencies are providing unified services to citizens.

Ukraine, though – in disregard of the crises and permanent economic setbacks – is trying to live by force of its old habits.

The latest promise the government made to the world community is Ukraine’s accession to the international Open Government Partnership Initiative.

It was launched in September 2011 in order to introduce standards of openness and transparency of governments’ actions. To date 57 countries, Ukraine included, have joined the initiative. To this end the Ukrainian government adopted a National Action Plan for the Implementation of the Open Government Idea with the following priorities: a) community participation; b) counteraction to corruption; c) access to information; d) administrative services; and d) e-governance.

Can it be done otherwise? The experience of our neighbors shows that it can.

Jointly with their partners in Russia, Georgia, Armenia, Azerbaijan and Moldova, Transparency International Ukraine analyzed the government’s actions of implementing the OGP-Initiative.