OGP Goes Local with a Push from CSOs – Serbia 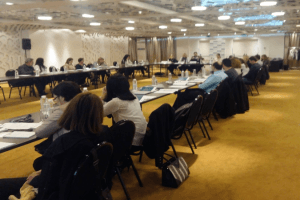 My first recollection of the Open Government Partnership (OGP) in Serbia is of a meeting held in late 2013 on the premises of what was then called the Ministry of State Administration (now the Ministry of Public Administration and Local Self-Government). We were in a crowded room with more than 50 civil society representatives and several persons from the Ministry for a consultative meeting on creating the country’s first OGP Action Plan. Everyone spoke at the same time, people were disrespectful of each other, and participants firmly adhered to their original positions. It seemed that nobody knew enough about the essence of the OGP, nor about how exactly it would help our country. There was no talk about open government at the local level.

In the following years, step by step, within the framework of the OGP, we and other members of civil society broke down the communication barriers between the competent Ministry and CSOs dealing with issues ranging from the fight against corruption, to access to information, citizen participation in decision making, open data, and more. This was possible due to the incredible commitment and persistence, above all, of the OGP point of contact, Dragana Brajovic, a long-time government employee without whom I believe no progress would have been possible. She understood the spirit of the OGP, which is not just another global agenda with formal indicators to satisfy but a set of principles and values, and she had the ability to argue her position with decision-makers. When the time came to prepare the second OGP Action Plan, it was already clear that a common understanding of the OGP principles and agenda had emerged among interested CSOs and the most active and most committed representatives of the government.

When the possibility of receiving support from the OGP Multi-Donor Trust Fund for the co-creation of the third action plan arose, I realized that two things would be crucial to successfully leveraging this assistance: 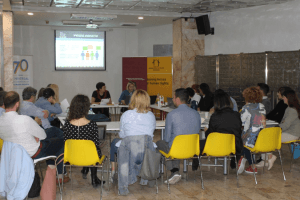 Opportunity Exists at the Local Level

I concluded that if there was genuine will in a local government, ambitious OGP measures could be created and applied much more quickly than at the national level. Personally, I believed that it would also reduce the frustration that I felt when I saw the slow pace of central government reform measures.

We built a consortium of organizations that work beyond the official agenda of the OGP, dealing with broader topics that relate to OGP values and principles. Their participation in OGP activities does not create additional obligations for them, but only provides a new channel through which they can transmit their messages and work toward their existing advocacy goals. The added value of the consortium comes from the different thematic focus of each member. It includes Civic Initiatives (public participation); Transparency Serbia (transparency and the fight against corruption); the Association of Online Media (media freedom); the Education Center (open data); the Media and Reform Center (media freedom and citizen participation at the local level), and the National Parliament (a CSO that inspires and supports political and social change). More importantly, we engaged organizations that normally focus their work at the local level. This turned out to be very helpful. 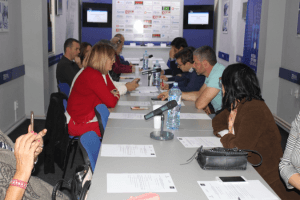 During the preparation of the third action plan, the potential of the OGP at the local level was a key theme. The consortium aimed at two key goals:

To begin, we made a public call for local governments that wanted to develop local action plans, anticipating that the only applicants would be those with whom we had already been in contact. Our initial idea was to support three local governments, but we were surprised to get eleven applications, and finally selected five as partners—Novi Pazar, Sombor, Vlasotince, Lapovo and Bela Palanka.

By leveraging the interest and momentum at the local level, our efforts in advancing open government values were better spent, and we were able to express a strong commitment to the OGP process. The approach of applying successful ideas from other places is not common in civil society in Serbia, as organizations have limited access to lessons learned from other actors, and tend to base their work exclusively on their own resources and projects. As my colleague Ivan Grujic said at the time, “Why would we re-invent hot water, make new standards and procedures for the local level, when someone has already tried it”? Local governments view the work with our consortium as a natural continuation of their previous activities, and see us as relevant and respectable actors in this field. As a result of our collaboration, each of the five local governments was able to create an action plan, and implementation is underway.

Working within a Constrained Civic Space

In Serbia, there is another aspect to keep in mind: numerous domestic and international reports indicate very strong trends toward “state capture” and a narrowing of space for civic action due to strong control of political processes by the ruling party. In such circumstances, most processes involving the national government are very slow and burdened with political issues. This is also one of the main challenges of the OGP in Serbia in general. When drafting the third Action Plan, non-state actors took this into account, mainly proposing measures that could be considered “infrastructure” in the fields of open data, e-services, and mechanisms for citizen participation, which were considered more likely to be acceptable to the government than more politically-charged steps.

Encouraged by the experience working at the local level, we believe that small steps can be taken to improve openness and transparency that will bring benefits to at least a number of citizens. Years of experience have taught all of us that in working with the state on reform processes we have to be patient. When I think back to the first meeting mentioned at the beginning of this story, and then reflect on what we have accomplished since then, I have to be honest and say yes, we have changed something. Therefore, we must vigorously support every kind of expressed willingness to cooperate. If we take enough small but successful steps, at some point, surely, the larger picture will also change.