What does the West African nation of Liberia have in common with Australia, the land down under? Both are rich in mineral resources, for one. And in both countries, government decisions to approve exploration and mining projects are vulnerable to corruption.

These findings come from research done by Transparency International as part of our global programme to enhance transparency, accountability and civic participation in mining approval decisions – so that these decisions benefit the citizens of resource-rich countries.

Eighteen Transparency International chapters in a diverse range of countries including Liberia and Australia assessed how their governments award mining licences, contracts and permits. 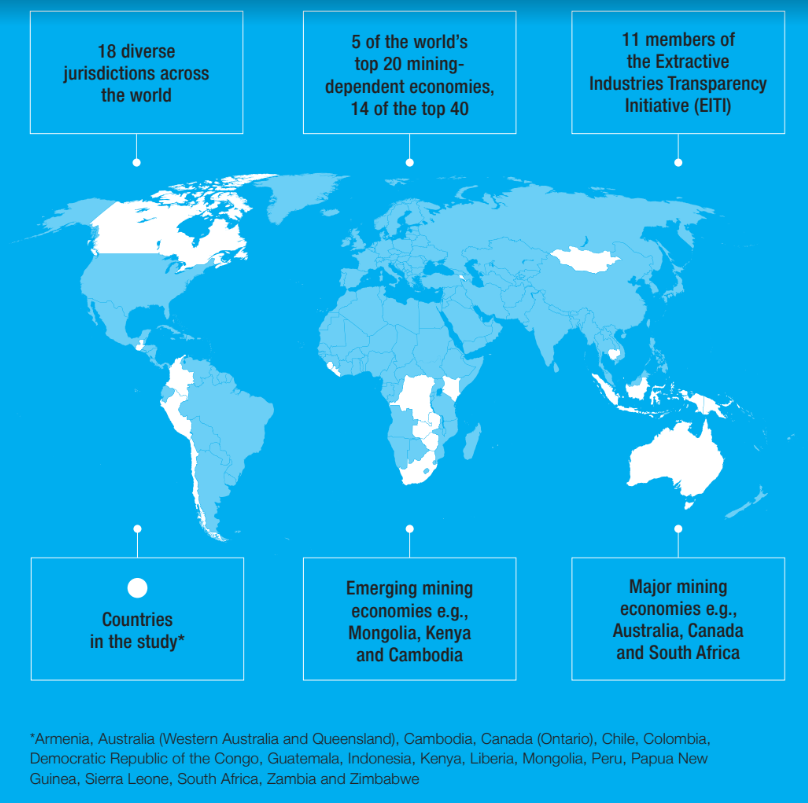 We spoke with over 1000 individuals in government, the private sector, civil society and communities to understand how and why corruption can get a foothold in these critical decisions about whether, where and who to allow to extract a country’s mineral resource wealth.

We’ve learned some important lessons that are useful for resource-rich countries wanting to develop ambitious and effective open government commitments in 2018.

Countries wanting to make sure their mining sector is governed in an open, effective and accountable way need to put in place, at a minimum:

In Colombia, the online register of mining contracts (the mining cadastre) is missing critical pieces of information about who holds the rights to mining concessions. These information gaps have caused problems for civil society and the media when they try to verify statements by government officials about their personal interests in mining.

Zimbabwe has also experienced problems with its cadastre and licence application system. As the system is paper-based, government officials have granted overlapping rights, leading to legal disputes and exposing the licensing process to accusations of manipulation to preference certain applicants.

Both the Zimbabwean and Colombian governments have announced they will be modernising their mining cadastre systems.

2. The need for robust controls on revolving doors between industry and government

Countries committed to enhancing public sector integrity and preventing potential and perceived conflicts of interest should introduce and enforce:

In Australia, the revolving door between the extractives industry, lobbyists and government officials and their staffers creates a real risk of conflicts of interest in government decisions. This reaches the highest levels of government. In recent years two federal resources ministers from different administrations have taken on positions with extractive industries lobby groups soon after leaving parliament.

3. A clear and binding framework for meaningful community engagement

A clear legal framework for community engagement helps indigenous peoples, other affected communities and civil society to meaningfully participate in decisions about exploration and mining, provides guidance to all relevant parties and safeguards against manipulation and tokenistic gestures.

Cambodia, like many countries, does not have a clear legal framework that sets out the process, rights and responsibility for community consultation. One community told us that they were only notified of the consultation on the same day it was to take place. They felt this was done in bad faith to favour the interests of the mining company.

All stakeholders – industry, government and citizens – have a critical role to play when it comes to making sure decisions about mining projects are more open, accountable and in the public interest. Transparency International is working with these stakeholders at a country, regional and global level for action that supports sustainable development.

More country examples and case studies are available in our global report Combatting Corruption in Mining Approvals on the Transparency International Australia Mining for Sustainable Development (M4SD) website (in English, Spanish and French). You can also download the country assessments as well as the Mining Awards Corruption Risk Assessment Tool which we used to do this research.

Interested in participating in a webinar to learn more? Register your interest here.