Toyota and the Anti-Democracy Caucus 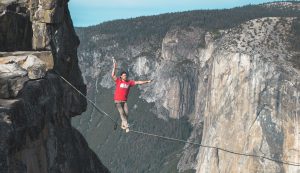 LobbyingLobbying transparency allows the public to ensure that there is diversity of participation and contribution to public decision-making. Technical specifications: Policies and actions affecting lobbying... and political finance disclosure is only one part of a healthy political system

Last week, Toyota was found to be the largest donor to 37 anti-democratic legislators who voted against certifying the results of the 2020 United States election. In response to reporting, company representatives offered a widely panned defense of support for those officials, stating that, “Toyota supports candidates based on their position on issues that are important to the auto industry and the company.”

The findings came from public disclosures of lobbying and campaign finance activity as mandated by law in the United States, assembled by Citizens for Responsible Ethics in Washington (CREW). Arguably, in this case the law is working as it should: companies disclose and face the consequences, especially when those companies run astray of broadly accepted public norms. We all need the freedom to advocate for policies, to lobby our public officials, and to know who else they are talking to. Yet disclosing what is legally required doesn’t render us automatically ethical or free us from consequences.

Toyota is not a one-off case. Amid greater public scrutiny, companies are now facing significant backlash. AT&T, Pfizer, and Home Depot made similar donations, for major anti-LGBTQIA+ organizations and politicians. ExxonMobil has faced similar risk-exposure for funding climate deniers. It is important to contrast this with companies that have taken a different approach: nearly 200 companies also suspended donations to these donors. This shows that disclosure policies are essential but that, by themselves, will not result in more ethical behavior.

Cases like Toyota’s pose a reputational and financial risk for companies and shareholders. More importantly, they can contribute to the capture and ransacking of public goods like health, the environment, or democratic institutions. They also deepen perceptions that lobbying (discussing policy with public officials) is corrupt and corrosive by its very nature.

Gaps in the regime

These various cases are revealing – first, for what they say about the strengths of lobbying and financial disclosure, and second, for the yawning gaps they expose. These gaps include the absence of disclosure laws in some regions (a “legal gap”); the gap between law and implementation (an “implementation gap”); and, most importantly for Toyota, the gap between legal compliance and ethical actions (an “action gap”).

The Toyota controversy shows that disclosing information is absolutely a step in the right direction. Using a variety of sources, including the CPA-Zicklin Index benchmarks on corporate political spending, people can see who is influencing whom and see whether corporate branding matches actions. This reinforces accountability both for politicians and their patrons, but few would argue that it is sufficient.

The U.S. system, with all of its flaws, is still ahead of many other places. In many countries, we do not know who gets officials’ attention, or worse, who is paying for politicians’ time and votes. Surprisingly, few countries require clear, useful political finance disclosures for political parties, individuals, and outside finance. This is the huge legal gap that still exists in many countries, where basic laws are simply not in place.

Even where there are laws, compliance and enforcement often trail legislationCreating and passing legislation is one of the most effective ways of ensuring open government reforms have long-lasting effects on government practices. Technical specifications: Act of creating or r... by years or decades. OGP and its partners, Global Data Barometer and TransparencyAccording to OGP’s Articles of Governance, transparency occurs when “government-held information (including on activities and decisions) is open, comprehensive, timely, freely available to the pub... More International hope to complement political finance disclosure data with comprehensive lobbying data worldwide in the coming year so that we can assess just how big this compliance gap really is.

In the case of the United States and Toyota, laws are on the books and, relatively speaking, well-enforced. Yet, some companies act in a way that is inconsistent with the values of a democratic society. This belies the biggest of the gaps around lobbying – between law and ethical behavior. Addressing this gap requires more than policy. It requires nurturing a broad set of actors and innovations.

A growing confluence of interest groups for ethics?

Some of this movement is already taking place. Shareholders, regulators, and asset managers are increasingly taking action to ensure that publicly traded companies are not socializing private risks.

In the regulatory space, work on risk disclosure has been well underway for years on overseas corruption and foreign bribery and is increasingly being seen in climate change policy. BP, ExxonMobil, and Occidental Petroleum have also seen major pushes by shareholders to disclose climate risk. The European Union is now taking action to reduce greenwashing by financial companies as well.

In the U.S., shareholders have advanced corporate lobbying disclosure as a top priority over the last five years. A growing number of investors filing proposals to companies are asking for lobbying reports that include federal and state lobbying payments and payments to trade associations used for lobbying. The think tank Preventable Surprises has reiterated just how important this is: “Corporate political capture is a central component of investors’ approach to Environmental, Societal, and Governance stewardship and integration”.

Asset managers, who are by far the most persuasive actors in nudging companies towards greater corporate political accountability, are also looking into their companies’ political activities and expect greater transparency.

But a similar multi-pronged push has not yet translated into a government-led regulatory framework mandating reporting on ethics, full lobbying disclosure, and other subtler forms of corporate influence, such as gifts, “study” trips, or revolving door hiring in major firms.

Such a push would entail more than just reporting on spending and visits to elected officials’ offices. It would require a series of approaches, such as:

OGP and The Good Lobby offer pathways to begin tackling some of these tough issues.

Through OGP,  reformers inside and outside of governments develop two-year action plans to tackle issues like ethics and political disclosure. (Find out if your country, city, or province is a member and whether they are tackling the tough issues here.) OGP’s membership has increasingly become concerned with issues of ensuring utmost political integrity while promoting the right to participate in decisions for everyone. One can imagine an OGP action planAction plans are at the core of a government’s participation in OGP. They are the product of a co-creation process in which government and civil society jointly develop commitments to open governmen... supporting the critical reforms above with the right advocates inside and outside of government. And, while commendable work has been done to get basic lobbying and financial disclosure online, much remains to be done. For countries with more advanced disclosure regimes, more can be done to bring in investors, third-party agencies, professional organizations and regulators.

The Good Lobby, a nonprofit committed to equalize access to power through more sustainable corporate lobbying and the enhancement of the advocacy capacity of civil society, supports the development of “good lobbying frameworks”, which are applicable to both for-profit and non-profit organizations. The Good Lobby helps them embed the exercise of political influence into their day-to-day governance by ensuring their sustainable impact.

Lobbying, including advocacy and other ways of influencing public policies, is and remains a legitimate act of political participation. It is enshrined and guaranteed under many constitutions in one form or another, and for good reason. Political finance disclosure (and public oversight and enforcement) is also a necessary pillar of ensuring that decisions are being arrived at in a fair, open, and equitable manner. But, like any other form of lobbying, when political finance begins to undermine those very democratic values, it can serve the opposite purpose. 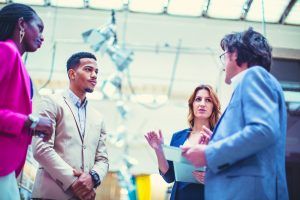 Cracking Co-Creation: The Why, the How and the What

As we mark 10 years since OGP’s founding, making sure 2021 action plans are born out of an inclusive co-creation process and reflect societal needs is as crucial as ever. 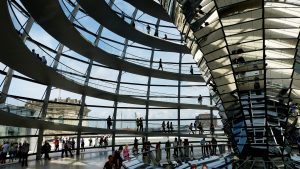 How Legislative Footprints and Lobby Registers Can Rebuild Trust

As global distrust in democracies grows, we believe intransparent legislative structures are a big factor. When lobbyists influence laws, it can create feelings of injustice and distrust within a society.…