What model for the south? 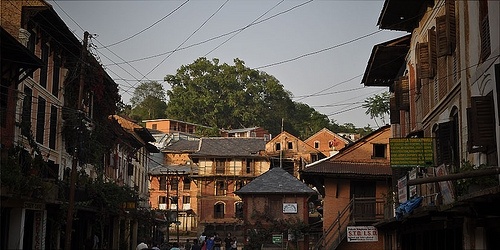 A snap survey conducted by Local Interventions Group in Kavre district of Nepal predictably reveals that in average 87% of the public are unaware of the money that the government is spending in their villages for education, health and infrastructure. In a mad rush to spend off the money just before the fiscal year closes in, 40% of the Nepal government’s budget allocation is spent in the month of July alone; just as the brutal monsoon season kicks in. The upshot being water pipes are laid overnight that are detached from the source; streets are blacktopped only to be washed away by monsoon rain a day later; politically protected violent gangs extracting government money for projects that exist only on paper; contractors winning dubious bids through hefty kickbacks and all sorts of stories that ought to come about in a corrupt-to-the-bone poverty stricken ill-governed country like Nepal.

There is a silver lining amidst the gloom and doom.

A whopping 80 % of the public in Kavre said they wanted to know how much money was coming into their villages and they would demand government to be transparent and accountable if they knew. Common hypothesis being people will look after their money well if they feel it belongs to them. Now how do we inform that 80% of the public in Nepal, how do we mobilise them and how do we motivate them to get involved? Another challenge – how do we make local office bearers become more transparent and accountable? The premise being people will behave well if they know someone is watching them. Open Government is the answer, no doubt. But how do we deliver Open Government to the people in developing countries?

The elephant in the room in development sector is Open Government. Current conversations in Open Government worldwide is mostly about releasing datasets in machine readable formats, apps and innovation out of data, employment and economic growth, and so forth. Therein lies a problem for the bottom lot of the developing world, where there is the greatest need for transparency and accountability initiatives in a simple, non-technical package. Some efforts, like US and India’s joint Open Government Platform that plans to distribute open source software applications to help governments manage and release their data to the public, is a way forward. But even that is not a way out. Open Government in the south should be about appealing to the lowest common denominator; communities that are a week’s walk away from the nearest road, communities without electricity or internet, communities unaware of their rights to government’s budget allocation. It should simply be about enhancing government’s service delivery by informing the people. So, we need to discover a new way, newer tools to take open government agenda to the people in the south. Otherwise, in countries like Nepal where communities in poorest districts still forage for food six months a year if they are to survive, releasing .CSV datasets will be as good as a white elephant on a hill.