Transparency and Accountability at the Frontlines of Justice: Citizen Oversight of Police 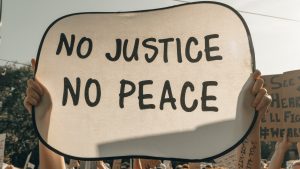 Recent civil unrest in the United States has exposed high levels of public distrust toward police, which similarly exists in many other countries. This distrust is particularly strong among minority communities, who often face disproportionate mistreatment at the hands of police around the world.

There are a variety of means by which citizens and communities can hold police accountable for their actions. These mechanisms include citizen advisory councils on policing policies and complaint mechanisms, community-oriented policing and partnerships, legal accountability mechanisms for when rights are violated, and participatory budgeting processes to determine future resource allocation.

Across their various forms, oversight mechanisms need to be transparent in how members of the public can use them, who is a part of the decision making, and the results of citizen input. They must have a clearly defined mandate to direct police strategies and practices. When granted such authority, oversight bodies provide a vital form of police accountability and can help ensure policing strategies reflect citizens’ needs and priorities.

The UN Office on Drugs and Crime (UNODC) Handbook on Police Accountability, Oversight, and Integrity

This 2011 report covers a variety of internal and external mechanisms to strengthen police accountability. Specifically, the report offers recommendations regarding complaints against the police, independent oversight and complaint bodies, internal accountability, accountability to the state, and engaging the public.

The Leadership Conference on Civil and Human Rights, New Era of Public Safety: A Guide to Fair, Safe, and Effective Community Policing

Organizations for Security and Cooperation in Europe

The National Association for Civilian Oversight of Law Enforcement, “What are the features of an effective police oversight body?”

The 2019 Law Enforcement Best Practices: Lessons Learned from the Field report provides guidance for implementing a community policing approach. The 2009 Standards and Guidelines for Internal Affairs: Recommendations from a Community of Practice focuses on internal complaint review and resolution processes.

This 1999 report investigates patterns of police abuse and accountability across 14 American cities. It highlights obstacles to successful civil and criminal lawsuits regarding police misconduct.

There are a number of OGP commitments dealing with citizen and police interaction. They are exclusively focused on partnerships and community-oriented policing. At this time, there are no commitments on oversight bodies (at any level) nor specific justice mechanisms to encourage public oversight of police actions.

Our thanks to the Open Society Justice Initiative and Rebecca Neusteter at the University of Chicago for reviewing this module.