Transparency and Accountability at the Frontlines of Justice: Police Data Transparency 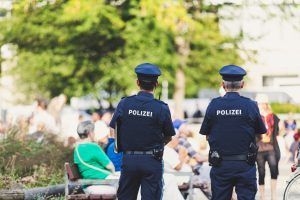 A lack of transparent or comparable police data inhibits the public and policymakers’ ability to fully understand and address problematic police practices and their consequences. OGP members are increasingly taking the initiative to open police data with the ultimate aim of evidence-based police reform.

While police departments must be cautious to protect individuals’ right to privacy, transparent data on police-citizen interaction is a vital tool to assess the efficacy and fairness of interactions between citizens and the police. Open data in areas like public complaints, officer-involved deaths, and use of force provides the foundation for informed research, policy reforms, and oversight. Specifically, open data enables evaluation of law enforcement’s fairness in their interactions with the public. Separately, the publication of police department budgets and expenditures ensures that public funding of law enforcement meets the needs of all citizens. Therefore, requiring police departments to provide accessible data is an essential first step toward strengthening public accountability and earning public trust.

The United States government undertook the Open Police Data Initiative as part of its 2015 National Action Plan to address high levels of distrust and tension between police and the public. The Initiative encourages local police jurisdictions to proactively extract and publish policing data. The project is managed collaboratively by the Justice Department’s Office of Community Oriented Policing Services and the nonprofit organization, The National Police Foundation. The Initiative increased access to information by creating a centralized database that comprises over 130 jurisdictions and 405 datasets as of June 2020, including cities such as New York, Los Angeles, and Detroit. The website also provides tools to extract, analyze, and publish data. This repository has led to published datasets in numerous areas, including on police use of force and officer-involved shootings. However, agency participation is voluntary and the adoption rate remains low. Additionally, there is a need to improve data standardization and ensure regular updates. Recent unrest across the US has reignited interest in open police data as reformers call for greater police transparency. This Initiative demonstrates a viable process to further open police data with the ultimate aim to reduce bias and unnecessary use of force in policing tactics and increasing public trust.

In 2009, India’s Parliament amended the Criminal Procedure Code to include a requirement that all police departments disclose information about arrests made. The law mandates that the information be published daily at the district level and include the names of arrested individuals and the names and designations of the police officers who arrested them. While this information raises concerns about privacy protections, it can be an important step for minimizing pretrial detention that does not comply with due process rights, especially in contexts where institutional protections against abuse of power and for access to justice may be weaker. Additionally, police headquarters must regularly collate this information at the state level, as well as information about the offenses for which arrested individuals were charged. All of this information is publicly available in the form of databases on the official websites of each state’s police department. For example, see Kerala State Police’s portal. Separately, India’s National Crime Records Bureau has published the annual Crime in India Report since 1953, which contains crime data from across the country, including cases registered and persons arrested.

The UN Office of Drugs and Crime (UNODC) Handbook on Police Accountability, Oversight, and Integrity

The handbook offers OGP countries several tangible actions to build a culture of transparency and accountability as well as reliable statistics on police performance, integrity, and public confidence. It encourages police reforms to be developed through public-police participation and not be simply prescriptive. Furthermore, the handbook gives guidance for external police oversight mechanisms:

The U.S. Final Report of The President’s Task Force on 21st Century Policing

Released in 2015, this report recommends that agencies should collect and make aggregate data publicly available. Specific action items for police forces include:

Our thanks to the Commonwealth Human Rights Initiative, the Open Society Justice Initiative, and Rebecca Neusteter at the University of Chicago for reviewing this module.