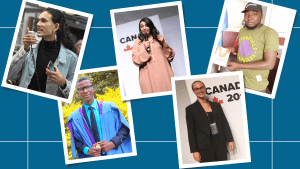 In celebration of International Youth Day, we sat down with five open government champions from the Open Gov Youth Collective to hear about why engaging youth in open government work is critical for moving the needle towards more transparent, accountable and participatory governance.

Why do you think it’s critical for youth to be actively involved in the open government community?

Francis: I think youth inclusivity in open government is not just critical but relevant and pivotal to a well-functioning democracy across the world. It’s time the world acknowledges the power of 1.8 billion young people in building their own future. A future we can be proud of and take ownership of at all times. The active involvement of youth will lead to more equitable, sustainable public decisions and improve policy shifts globally. Open government communities need to establish partnerships that deepen meaningful and inclusive community engagement.

Katie: Around the world, young people feel that government establishments and institutions are not listening to them, which leads them towards efforts to create change outside these systems – peacefully, violently, or somewhere in between. If the open government community wants the buy-in of young people – or, in other words, the next generation of politicians, civil society leaders, and civil servants – they will have to intentionally and meaningfully include young people before they reach those positions of power. 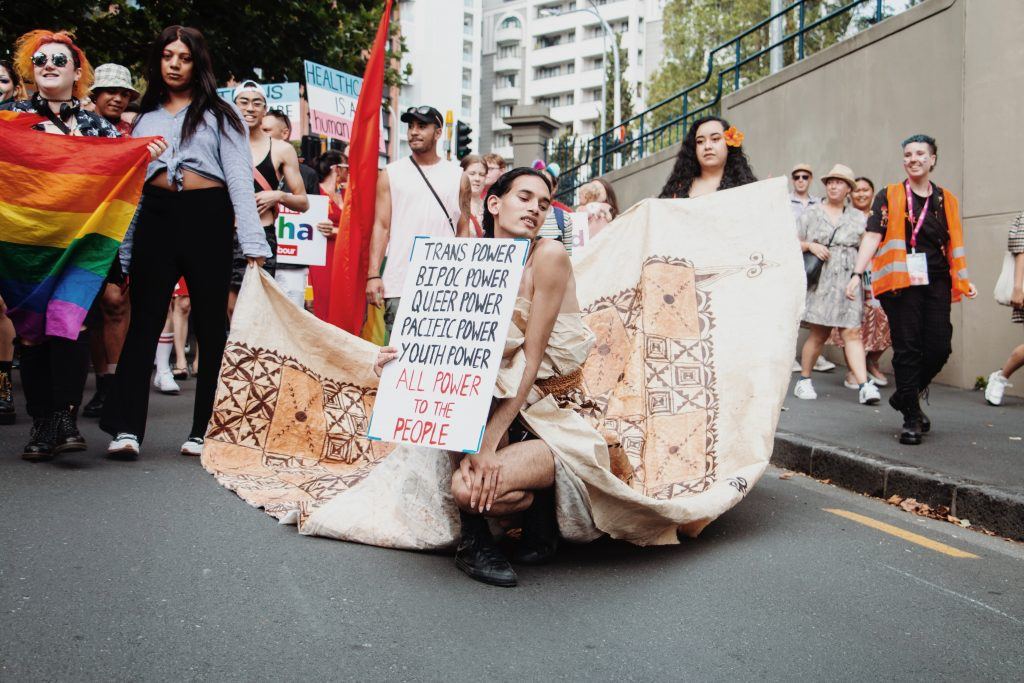 What’s the area of open government you’re most passionate about? How are you engaged in advancing that work?

Shaneel: When I enter spaces of decision- making, I am aware that I represent many groups of people that have been historically excluded from these spaces. I recognise that being a young Pacific trans immigrant puts me at the bottom of the social hierarchy, but I’m mindful that there are people more marginalised than me. While I advocate for my people, I am committed to doing right by those less privileged than me.

I don’t think having privileges is anyone’s fault, but I do believe that it is our responsibility to use our privileges to end systems that give us privileges in the first place. Countries who’ve benefited from colonisation ought to be committed to decolonising and making effective colonial reparations. While many colonial laws are a thing of the past, those laws have shaped society to give the inheritors of the colonial tradition an advantage. International law has failed countries recovering from colonisation. Genuine allyship requires wealthy countries who’ve benefited from colonisation to put themselves in positions to lose their privilege.

Chaimae: I am motivated by the dream of youth inclusion, driven by the leaders before me, empowered by the chance to influence. I have led several initiatives in Morocco, especially targeting youth with the aim to empower them and incubate their launch of local, regional and national initiatives around the SDGs (gender equality, quality education and decent work, and economic growth). My aim has always been to foster their creativity by tapping the reservoir of talent they hold and recognizing their ability to change while creating platforms to allow so. 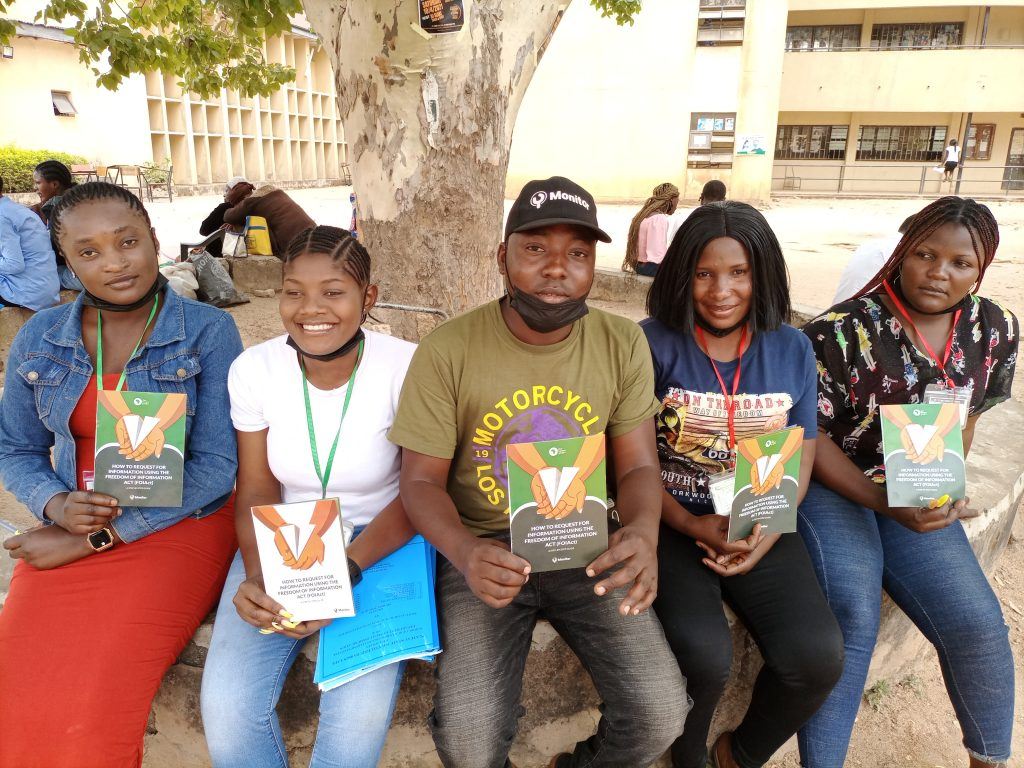 Bature: I am most passionate about citizens participation and technology innovation., My journey in this work has been awesome.  I am an ambassador of the Freedom of Information (FOI) Act with Ymonitor, and I have successfully distributed 300 hundred copies of the FOI Act guidelines to citizens across Plateau State, Nigeria. I have launched an initiative known as Citizen Inspect, and I am currently working on IT digital technology to facilitate citizen participation on demand for transparency and accountability.

Francis: For us at Youth Advocates Ghana, we believe in creating platforms for young people to engage, dialogue, and hold duty bearers to account to the people they serve. We do this through our continental African Youth SDGs Summit, the largest gathering space for dialogue, networking, learning and celebration of successes and participation of young people implementing the UN 2030 Agenda for Sustainable Development and the African Union Agenda 2063. This has helped both young people and policy makers to team up to redefine policies and provide young people the platform to declare their readiness to partner with leaders to drive the implementation of the SDGs. 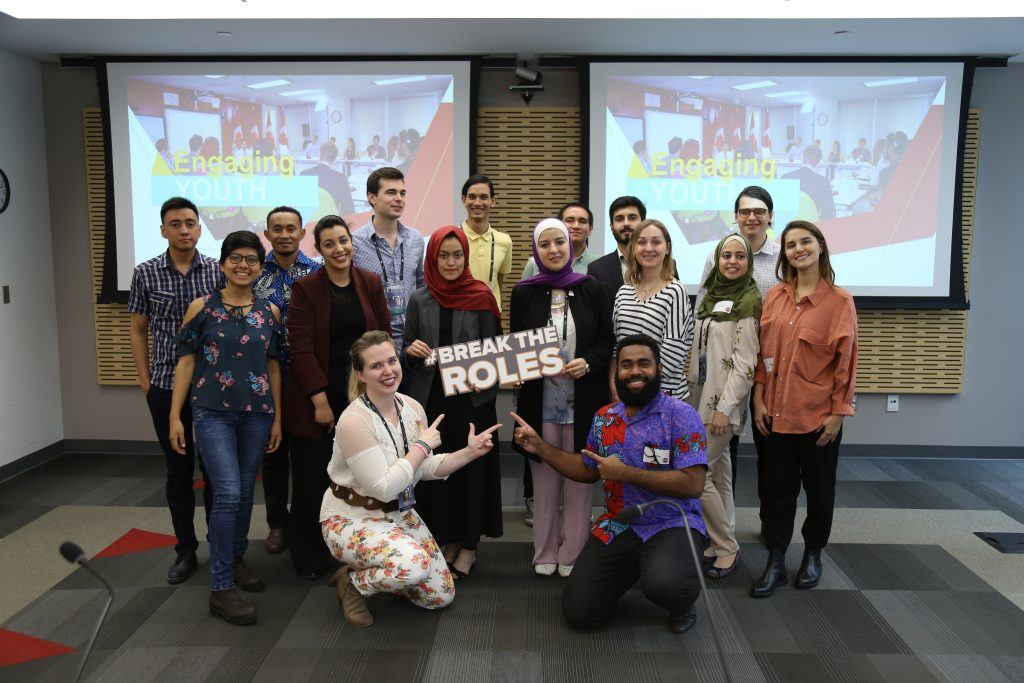 Youth delegates at the 2019 OGP Global Summit in Ottawa, Canada

It’s been over two years since the Open Gov Youth Collective was formed. What have you learned from your peers? How have you been able to leverage this network to amplify your work?

Francis: The Open Gov Youth Collective has created a safe space for young people from across the globe that are passionate about open government and youth participation to meet, learn and share ideas on how to be change agents in their respective countries. In 2020, the Collective conducted a global survey to explore how young people perceive parliament and youth participation in parliamentary activities. A staggering 96 percent of respondents indicated strongly that political structures, norms and rules, including the monetisation of electoral processes, have become a huge barrier to youth participation in politics. These discourage young people and don’t give them the room or opportunity to run for public office, including parliament. Currently, I am using the policy recommendations from the research to engage and influence policy makers at the national and regional level for better inclusion of young people in decision making.

Katie: Accountability Lab – where I work – is one of the organizations that originally brought together and supported the Open Gov Youth Collective. We have used the network to demonstrate to the open government community that youth are already working in the space – educating other young people, campaigning for public policy changes, and implementing their own initiatives. Earlier this year, we brought a number of youth activists from Peru to the Philippines to share their work with the newest OGP Local cohort as an inspiration to consider youth as they designed their first co-creation processes. The members of the Open Gov Youth Collective show that youth are already here, doing the work, which allows us to focus more on how to include youth rather than why we should include youth. 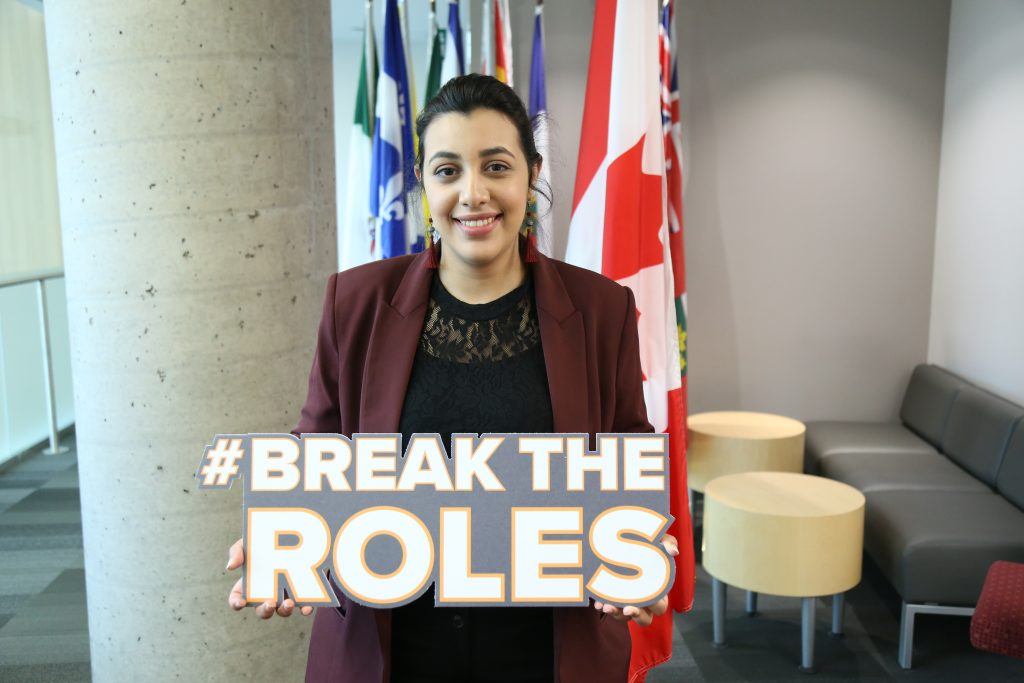 Chaimae: The Open Gov Youth Collective has definitely been a once in a lifetime experience to go from ideation to action in a matter of days. We have since led several national activities gathered in the youth collective report of 2020 and organized the Open Gov Youth Digital summit that mobilized over 500 youth from around the world. Currently, we continue to lead change through open parliament conversations, open data days and toolkits on youth inclusion. This opportunity has helped me visualize the power of youth’s global cooperation but mostly leverage my network not only globally but sometimes nationally as well.

Youth delegates at the 2019 OGP Global Summit in Ottawa, Canada 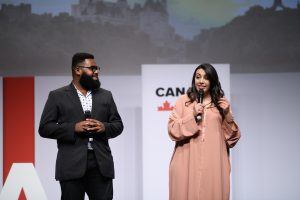 Read reflections from the Open Gov Digital Youth Summit and how young people are playing a critical role in pushing for a more transparent, fair and equitable response and recovery… 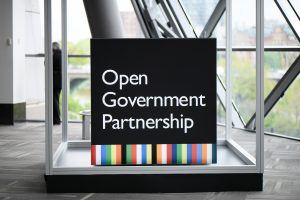 OGP members work with civil society to determine priority public policy areas. Through the OGP process, members address issues that need reform to make a positive impact in their communities. 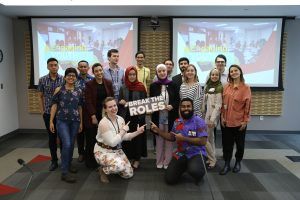 Young people now represent 41% of the global population, yet young people are rarely brought meaningfully into policy processes that affect their lives..