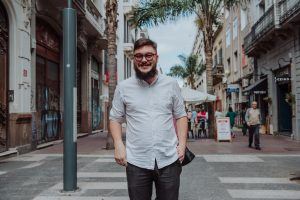 Uruguay is implementing commitments from its fifth open government action planAction plans are at the core of a government’s participation in OGP. They are the product of a co-creation process in which government and civil society jointly develop commitments to open governmen..., engaging a wide range of stakeholders including government agencies, civil society organizations, academic partners, citizens and more. Daniel Carranza, co-founder of DATA Uruguay and representative of the Open Government Network, shares his experience and what he expects from the implementation of these commitments.

Which initiatives from the action plan do you think have the greatest potential to improve people’s lives?

More than commitments or specific topics, the most interesting piece is the process that led to these high-impact commitments. In my view, initiatives with higher potential for impact are those that were put forward by civil society and that are applied in a cross-cutting manner. Although clearly, all open government initiatives should strive for that, in reality, there is not always a balance between civil society demands and the offer to push ambitious reforms across the government.

High impact commitments were created after a series of steps and agreements that facilitated the process. It is sometimes said that a good commitmentOGP commitments are promises for reform co-created by governments and civil society and submitted as part of an action plan. Commitments typically include a description of the problem, concrete action... is essentially a “good idea” that everyone would recognize as such; but experience has shown that, in fact, sound commitments are those that are based on institutional relationships, personal connections, trust, communication and empathy among stakeholders.

Some of the commitments we have built with those elements include:

What was the greatest challenge that civil society faced during the fifth action plan process?

The uncertainty. The pandemic impacted the open government processes and plans that the Open Government Network had committed to through the Multi-Donor Trust FundWith the support of development partners and working together with the World Bank, OGP established the Multi-Donor Trust Fund (MDTF) to support World Bank client countries and local entities that part... and the World Bank. In addition to the health emergency, the country also went through a political transition.

The process that was expected to take place during the first few months of 2020 was completed by the end of 2021, stretching the ability of people to remain engaged and allocate resources to the co-creation processCollaboration between government, civil society and other stakeholders (e.g., citizens, academics, private sector) is at the heart of the OGP process. Participating governments must ensure that a dive....

Yet, this was also an opportunity to accelerate ongoing processes through digital tools that enhanced participation and had been tested in the previous action plan process. By hosting remote workshops and conversations, we were even able to bring participants from outside the capital city.

Despite the uncertainty and complex context that changed to the original plan, the process made both qualitative and quantitative progress in every aspect of the forum’s strategy. We are proud to have built a mature, institutionalized, and resilient process.

The plan includes interesting commitments, such as providing support to senior citizens and increasing participation of traditionally marginalized groups. How were you able to engage this range of voices and ensure their inclusionOGP participating governments are working to create governments that truly serve all people. This includes many historically oppressed groups such as persons with disabilities, women, lesbian, gay, bi... in the plan?

The co-creation of the fifth action plan is not yet finalized, but we have made significant progress and we intend to broaden the voices participating in the process, both thematically and geographically.

This outcome – while perfectible – happened because of two elements:

What can other OGP members do to ensure that commitments are fully implemented and meet the established milestones?

I think knowing how involved institutions that are responsible for open government commitments are in the process allows us to predict if a commitment will be completed.

There are exceptions, such as organizations that participate in dialogue processes and take on one commitment and fully implement it, but I think there is a strong correlation between sustained participation throughout the process and completionImplementers must follow through on their commitments for them to achieve impact. For each commitment, OGP’s Independent Reporting Mechanism (IRM) evaluates the degree to which the activities outlin... of the commitment. An entity that participates in the forum and engages civil society and the private sectorGovernments are working to open private sector practices as well — including through beneficial ownership transparency, open contracting, and regulating environmental standards. Technical specificat... participates in monitoring and evaluation efforts and, ultimately, creates institutional and personal connections, is more likely to comply.

While, as individuals, we can contribute to opening the government, I am certain that the most effective way to do it is by working together. 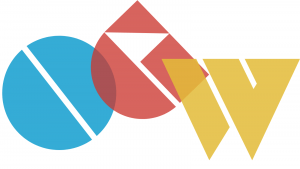