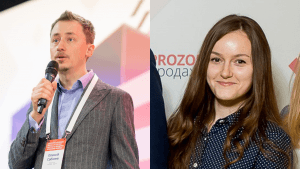 This blog is part of our work through the EU for Integrity Programme for the Eastern Partnership, a multi-year collaboration with the European Union to strengthen the support and resources available to country reformers in the region to deepen reforms and advance bold, new ideas in areas like strengthening public service delivery, opening civic space, promoting a fair justice system and fighting corruption.

Oleksii Sobolev is the Chief Executive Officer of Prozorro.Sale and Khrystyna Zelinska is the Innovation Projects Program Manager for Transparency International Ukraine. In this interview, they share reflections about Ukraine’s Prozorro.Sale, an innovative e-trade system created in the aftermath of the Revolution on Dignity that allows the government to sell or lease state and municipal property in a fully transparent and open way.

OGP: Prozorro.Sale has been dubbed as an “EBay for Government”. Can you explain how the system works and how it has changed the practice of selling public assets in Ukraine?

Oleksii Sobolev (Prozorro.Sale): The initial purpose of Prozorro.Sale was to create a transparent system for selling the assets of insolvent banks. Over time, the scope of activities has expanded to other assets – property of state-owned enterprises, lease rights, advertising rights, and more. Now, Prozorro.Sale has different types of auctions for streams such as land leasing, timber, concession, insolvency, small privatization, property lease, state reserve, green energy, etc.

Prozorro.Sale is based on two innovations: 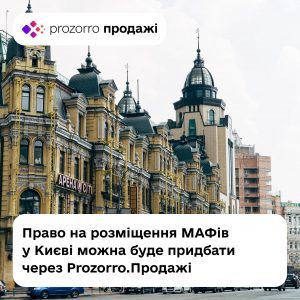 OGP: Can you explain how the system has helped you advance your organization’s objectives?

Khrystyna Zelinska (Transparency International Ukraine): Preventing corruption and involving people in the fight against it through innovative solutions are strategic targets of TI Ukraine. The first important anti-corruption IT-solution of that kind was a government e-procurement system Prozorro, which we helped create.Then, in 2016 TI Ukraine joined the development process of another breakthrough system Prozorro.Sale that is currently the biggest platform for selling and leasing state assets. This system helped to open “hard-to-get” data, make all the processes online and show the way public officials made decisions for sales or leases of state and communal property. The key outcome is that these decisions are not so connected to the human component any more and depend on the results of an open and transparent e-auction where businesses compete for asset purchase.

Prozorro.Sale has become an efficient tool for businesses and the community to control and look after the market of state and communal property, and that is a solid step towards fighting possible manipulation in privatization and lease processes. 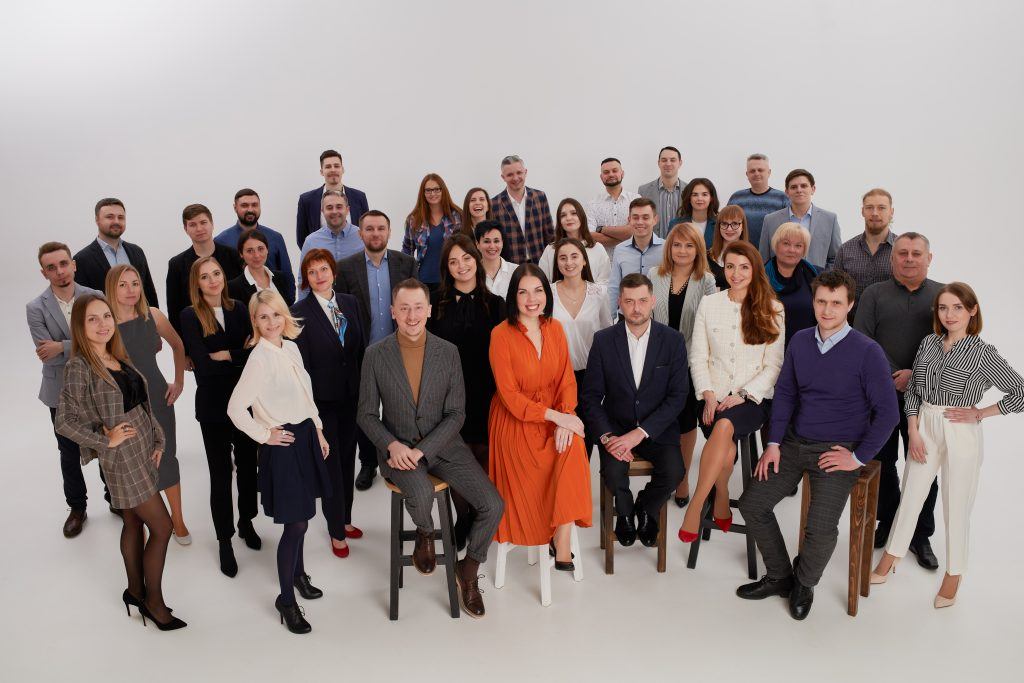 OGP: You have chaired the pioneering online auction system that helps to generate state revenue through open and fair bidding. Five years after the creation of Prozorro.Sale, what do you think are its biggest achievements and results?

Sobolev: What matters most is a shift from the pilot stage to formal institutionalization. Prozorro.Sale was born in 2016 from a partnership between various state institutions and Transparency International Ukraine, who initially administered the central database. Since 2018, the rights have been fully transferred to the State Enterprise Prozorro.Sale. This initiative, which started as a project exclusively backed by international donors with no state funding, has evolved into a self-financing enterprise adhering to the best corporate governance practices. Prozorro.Sale has successfully generated more than 39 bln hryvnia (1.4 billion USD) to various budgets over 31,000 auctions and reformed state property management (privatization and lease), insolvency, timber, natural resource licensing and management of the failed banks and other markets. More than 2,300 different state and local authorities are using the system.

Prozorro.Sale has become an efficient tool for businesses and the community to control and look after the market of state and communal property.

The main achievement is that complete transparency of the auctions has significantly increased trust in the government in areas it had been lacking, like privatization and banking. We also managed to assemble a stellar team of reformers that are able to reform sector after sector in a short time frame.

The main achievement is that complete transparency of the auctions has significantly increased trust in the government in areas it had been lacking, like privatization and banking.

Zelinska: During the first two years the project was fully under the umbrella of TI Ukraine, and in 2018 it turned into the state-owned enterprise Prozorro.Sale. We continued to administer two databases of the system until summer 2019. All the way through we cooperated closely with the Ministry of Economy and Deposit Guarantee Fund. It was important not only to support and develop the system but also to control the procedures of asset sales. Therefore, two commissions affiliated with SOE Prozorro.Sale and Deposit Guarantee Fund were created to consider complaints of auction participants about injustice cases or violation of their rights.

After TI Ukraine transferred all the rights on databases of the e-sales system to Prozorro.Sale, we continued to cooperate with government institutions improving the system and transferring new markets into an e-auctions format. For example, in 2019, we advocated that sales of bankrupt companies’ assets and sales and leases of state and communal property should be held in the Prozorro.Sale system. It opened more data and reduced corruption risks in the processes that used to be closed.

Currently, our team has delivered the methodology for efficient monitoring of privatization and leasing processes. We are beginning to work on monitoring network creation to stimulate the sales of non-core assets and raise the state’s capacity  to run these processes in a professional way without violations. 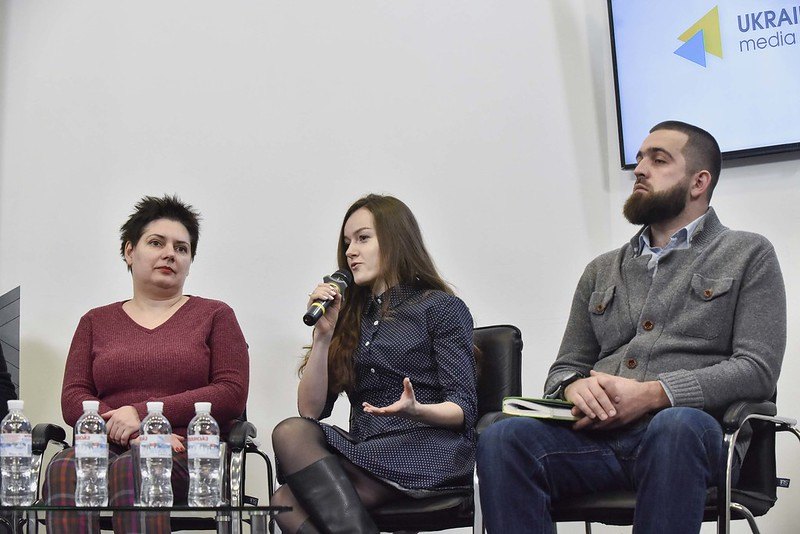 OGP: Many countries around the world, especially former Soviet neighbors of Ukraine, struggle with privatization processes often characterised with mismanagement, corruption and murky deals with politically connected oligarchs. What is your advice for OGP members and reformers who want to implement similar reforms?

Sobolev: Do not try to blindly borrow ideas and decisions made by other people in other countries in other settings. To implement Prozorro.Sale we had to overcome rather sceptical bias from our international partners and consultants because two-tier systems and centralization of public asset management is rather new and not practiced in other countries, but we felt that it was the right thing to do in Ukraine. On the other hand we did consult a lot and looked for international experience in certain areas. Our open data standard is based on the Open Contracting Data Standard, which helped us a lot to streamline the transparency. Always stay focused on the result, not the process. Quick victories are important but institutional change is a marathon, so stay focused and organize accordingly to sustain long-term battles.

Any successful reform starts from political will and a corresponding mandate. Be ready to catch up with the window of opportunity for reinforcing reform efforts, while retaining strategic planning and forward-looking thinking.

With regards to the e-auctions reform, the legal architecture and IT-logic create together a foundation for sustainable change. Creating a strong legal framework to ensure the smooth launch of such foundation IT systems is key.

Quick victories are important but institutional change is a marathon, so stay focused and organize accordingly to sustain long-term battles.

Consider a “one-stop shop” approach: in Prozorro.Sale, we have an in-house legal team, IT-team and project management team working together. This allows us to develop legislation and lobby it, while developing and executing the code. This also brings flexibility and swiftness of decisions.

The future is innovation. Digitalization is a great pretext for any kind of change, so use it and be completely transparent! 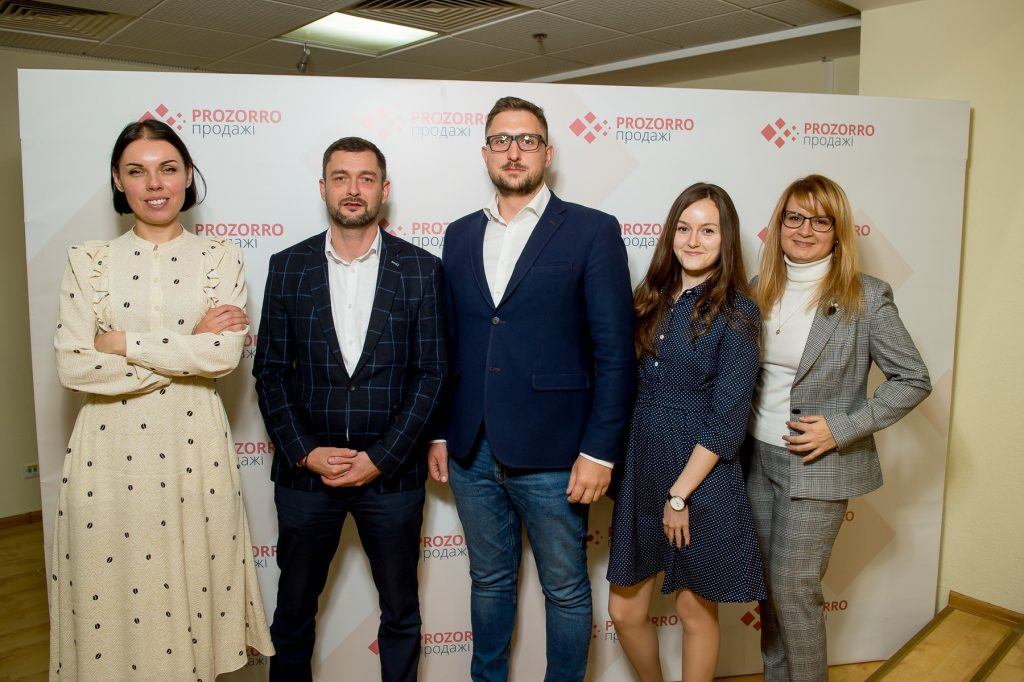 OGP: What were the key factors that enabled a civil society organization to cooperate with the government in such an effective way? What advice would you give to other civil society reformers who would like to replicate this reform?

Zelinska: I think this is about a clear commitment to a results and system approach. Our organization is interested in enduring anti-corruption changes. That’s why we continue to deepen development of the state’s property management reform.

Our recommendation for reformers interested in implementing a similar reform is to be ready to play the long game. Ukrainian experience shows that the windows of opportunities never stay open for long. And reforms require not only political will, but also determination, insistence and mobilization of all the influential stakeholders.

Reforms require not only political will, but also determination, insistence and mobilization of all the influential stakeholders.

OGP: What is the biggest motivator for you in your work?

Sobolev: Delivering impact and seeing the reform being successfully sustained and scaling up to new markets. Growth involves constant innovation and new challenges, so it never gets boring.

Zelinska: Awareness that my work impacts economic development of the country, promotes fair rules of the game, and can influence key reforms motivates me to do more.

OGP: What inspired you to get involved in open government?

Sobolev: This all happened because of the Revolution of Dignity. I was very active in the protests. Then after the revolution succeeded, I quit my job as a fund manager and went volunteering as an advisor to the Minister of Infrastructure. Back then the government sector was very obscure so openness and transparency were natural reform needs. I have pushed for more transparency ever since.

Zelinska: Because I believe and use every day the principle of openness and transparency – not only in the professional and civic activity parts of my life, but also in my personal life. The Maidan Revolution of 2013-2014 was one of the most inspired moments to understand this. Actually, after those events, I started to work with increasing the transparency and accountability in local and national governmental processes.

OGP: What is your advice to government reformers who are pushing ahead for changes against all odds?

OGP: What is your advice for civil society organizations that want to be more efficient in their work?

Zelinska: Don’t set yourselves up only for the oppositional fight, but try to cooperate with different stakeholders and find a compromise with the government. But sustainability of anti-corruption changes is an equally important result of our work. 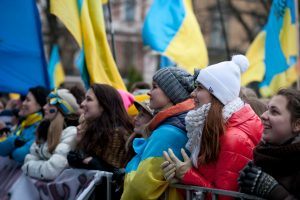 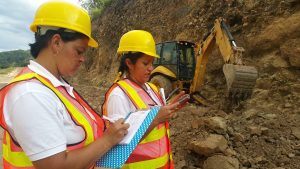 Open contracting and transparency in public procurement have proven to save money and broaden competition. It is becoming a global norm in OGP, with over 70 members committing to reforms… 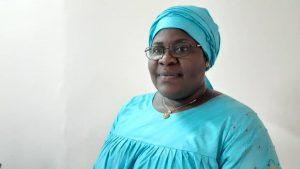