How Can Extractive Sector Laws and Policies Contribute to Gender Equality? 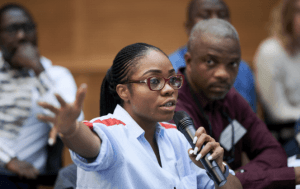 This blog was originally posted on the Natural Resource Governance Institute (NRGI) website here. It is the first in a series of blog posts from the NRGI and World Resources Institute (WRI) research project on gender and extractives, carried out with support from the Open Government Partnership Multi Donor Trust Fund, which is managed by the World Bank.

What do governments and international organizations mean when they say that they aim to advance gender equity in the context of natural resource governance? Many governments are making positive commitments to gender equity, but in countries where the extractive industries are a significant part of the economy, what do such commitments mean in practical terms and how do they contribute to positive changes in people’s lives and livelihoods?

These questions were the starting point for a new Natural Resource Governance Institute (NRGI) project funded by the Open Government Partnership (OGP) Multi Donor Trust Fund and carried out in collaboration with the World Resources Institute (WRI).

Last year, OGP launched Break the Roles, a campaign encouraging governments to bring gender perspectives into open government. The NRGI-WRI research aims to provide insights and tools to help governments of resource-rich countries to do this. The project’s overarching goal is to foster gender transformative policy commitments by OGP governments specifically in relation in their extractive sector. Research is the first phase of the project, which will also include developing tools for governmental and civil society actors and outreach activities (many of which we will now do via digital and online platforms).

In phase one of the research, we are examining laws and policies on extractive industries that refer to gender or women, looking at how they were developed and at their implementation and impact. We recognize that, in many cases, the laws and policies may have undermined gender equality and women’s rights. But in this challenge lies an exciting opportunity: if the extractives sector has contributed to women’s inequality, in identifying the policy mechanisms of how this happens, we may have the opportunity to help countries design laws and policies that use their resource wealth to uplift rather than diminish women.

There has been relatively little research done on how a country’s dependence on its natural resources can impact the lives of women. The research that we have conducted, however, shows that women in mineral resource-dependent countries often suffer worse wealth and rights inequality than those in countries that are not resource dependent. A 2008 study on the MENA region by Michael Ross argued that the large oil discoveries in that region and the approach to managing oil wealth was a key contributor to the evolution of gender relations in several countries in the region. In a 2016 critique of Ross’ work, Yu-Ming Liou and Paul Musgrave argue that Ross overlooks evidence that governments purposefully design policies to either increase or decrease gender equality—a critical focus of our own study. Other recent studies focused on Latin America have also noted a gendered resource curse in which resource curse symptoms such as Dutch disease and lack of economic diversification can impact women and men differently. These impacts are rarely considered in government policy processes.

We selected our 12 focus countries based on an exploratory analysis and mapping exercise. As of March 2020, we have completed analysis of four countries—Colombia, Ghana, Mexico and Peru—and are already making some potentially interesting observations. We are also asking some critical questions, including the one that opens this blog post: how can extractive sector legal and policy documents contribute to gender equity?

The first thing we noted, not unexpectedly, is that there are relatively few laws, policies or other official documents on the extractive sector that refer to gender or women. The relative gender blindness of the extractive sector was, in part, the prompt for the Extractive Industries Transparency Initiative (EITI) adoption, in 2019, of a new standard and disclosure requirements around gender. This included promotion of gender-sensitive data disclosures and women’s participation in the in multi-stakeholder groups that oversee a country’s EITI implementation. The EITI guidance is a positive step in a sector where gender has too frequently been sidelined as an issue, but more certainly must be done.  This is borne out by our initial research findings.

Across the first four countries we researched, we identified 29 legal and policy documents that have bearing on the extractive sector and that refer to gender in some way. However, only 10 of these documents were specific to the extractive sector; the rest were on issues such as environmental management, which applied to a range of commercial and other activities including the extractive sector. Notably, these documents reference gender mainly in relation to social and environmental aspects of natural resource governance. For example, environmental and social impact assessments (ESIAs) require data on gender (or women) and some policies require that companies consider women as a specific interest group when designing corporate social responsibility (CSR) interventions or community engagement plans.

These documents reveal that when considering the impact of the extractive sector on women, most governments, companies and organizations only consider the sector to affect women living in communities where extraction projects are taking place. While wealth, rights, and health impacts around the extraction site are unquestionably important, this view is too limited (and the way in which it is often implemented can serve to further reinforce gender stereotypes). The governance of the extractive sector extends beyond the social and environmental impacts of extraction. It typically includes sector-specific fiscal frameworks (covering issues of tax and royalties paid by companies), incentives for investors and management of the revenues—government funding and policy that can have significant impacts on the lives of women throughout a country.

A key question for the research team is: can these macro-level national frameworks and policy choices affect gender equity? And, do governments ever consider gender-specific concerns in the laws and policies that deal with these macro or national-level aspects of resource governance?

In our review of the laws, policies and strategies, we will be looking at how often women and gender are mentioned in macro-level legal and policy frameworks, as compared to references in laws and policies that focus on local-level impacts and what this may mean for gender equity.

Another related issue observed in our initial four-country sample is that the relevant documents often only describe gender issues as women’s issues (and in some cases even as “family” or “motherhood” issues). The lack of a clear understanding of gender and gender relations seen in our current, albeit small, sample is a concern. While references to women may improve some aspects of policies governing how extraction affects women, the way these documents reduce women to the roles of mothers or caretakers can undermine efforts to promote gender equity or opportunities for women in the workplace. However, assessments of the pros and cons of different provisions and the language used, need to be context-specific and based on deeper engagement with those affected.

On a more positive note, we are seeing some indication that governments, companies, and organizations are increasingly considering gender in relation to natural resource governance. A far greater proportion of extractive sector laws and policies created in the past decade include references to gender than in previous decades. Of the 29 relevant documents that we identified that included gender references, over 60 percent were created since 2011. Also noteworthy is that Sustainable Development Goal (SDG) 5 appears to be influential. For example, Colombia’s National Development Plan, which explicitly references its national commitment to SDG 5, influenced the 2018 human rights strategy of the country’s mining sector that now includes a commitment to gender equality across mining governance.

Of course, these preliminary observations require deeper analysis, and policy provisions only go so far. But already we are asking ourselves new questions, which at this point in the project, is an exciting place to be. We look forward to progressing with our research and using the analysis to help shape meaningful gender transformative policy commitments within OGP.

The OGP Multi-Donor Trust Fund, managed by the World Bank, supports World Bank client countries and local entities that participate in OGP, or intend to become eligible to participate in… 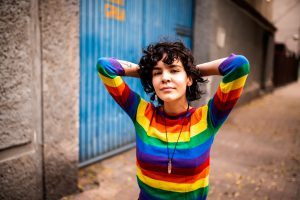 OGP members need to be intentional, strategic and ambitious in bringing the perspectives of women and gender groups into open government. 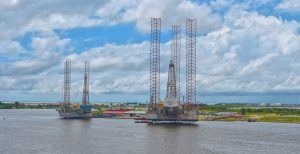 Transparency and accountability in the extractive industry sector is crucial to mitigating the effects of the “resource curse” in countries endowed with natural resources.