Romania is approaching the term for adopting its third National OGP Action Plan. The second, under implementation, was adopted in a participative and inclusive manner, but mostly lead by the government. This time, the civil society started the consultation by preparing a set of commitments to be proposed to implementing agencies, in the early stages of the process. The OGP coordination unit in the Romanian government is very supportive, which creates the premises for a successful co-creation process.

Formally, the consultation process started in early February, when the government published the official time-schedule. Over the same time, the civil society initiated an independent internal consultation. The process is organized by the Center for Public Innovation, and with the support of the Coalition for Open Data (membership here), a civil society platform, that advocates for open government and the use of open data in administration. 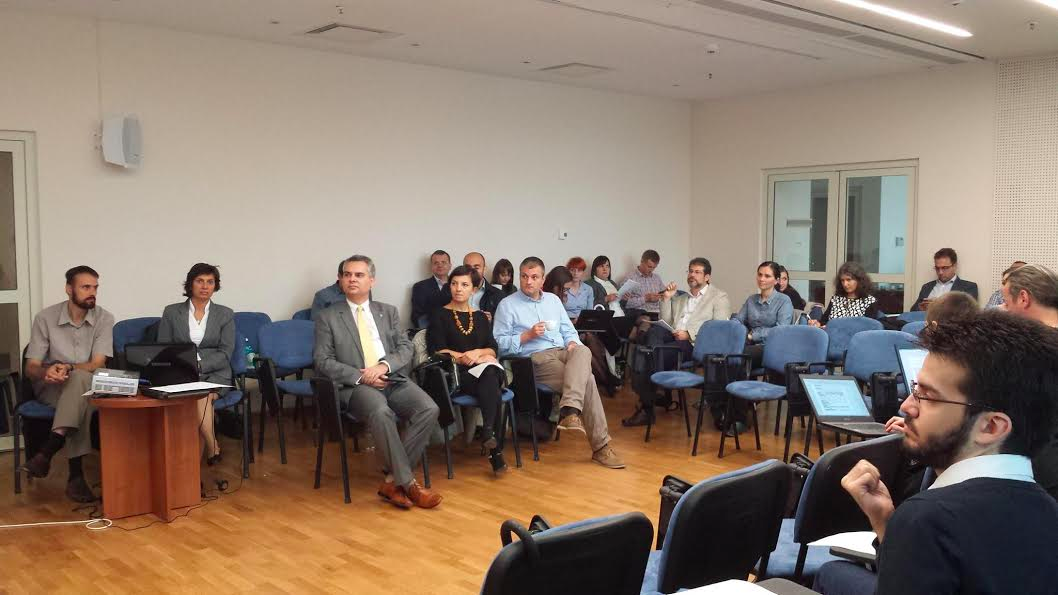 The first phase was an innovative “online brainstorming”, using an open source tool called Wiki Survey. The aim of this phase was to collect ideas or topics that have the potential to be transposed in commitments. The organizers started with 10 ideas, picked-up form previous discussions. In two weeks, the number of ideas rose up to 21 (list here, in Romanian). There were 152 participants, a number which roughly estimates the community of engaged citizens interested in the topic. The tool didn’t reach a wider audience since the topics were rather  technical, and it required a good knowledge of the open government concept.

The success of the first phase lay in the variety of ideas generated, ranging from Education and Culture to open data and data standards. One of the major goals of the whole process is to obtain a more ambitious Action Plan, building on the past progress on open data to achieve results that will directly impact people’s life. The instrument included a hierarchizing tool which may not be representative but it still gives a good overview on participants’ priorities. Open Education topped the ranking. OERs, Open Access, transparency and public schools’ accountability were some of the most voted topics. Another high priority area was the public spending transparency with the following subfields: open budget, open spending, citizens’ budget, and also an unexpected proposal of the gambling industry to make their sector more transparent. Topics such as: ways to move OGP at sub-national level, and mechanisms to enhance citizens’ participation to decision-making achieved a good score. As expected, access to information and open data itself were also mentioned.

The second phase started a few days ago. The organizers, the Center for Public Innovation, distributed the ideas listed above in 14 thematic clusters, according to the general topic and to the agency most likely to implement the proposals: Education, Budgets, Sub-national, Participation, Access to Information, Culture, Health, Justice, Open Data, Open Parliament, Natural Resources Exploitation, Energy, Open Contracting, and Transparency of SOEs. Each cluster may produce one or more commitments. For each cluster, an online document was created, with relevant OGP resources, including the official commitment template (an example here, in Romanian). Anyone may comment and contribute to it. Various NGOs voluntarily assumed the role of editors, integrating comments and facilitating the discussions (list here, in Romanian). The expected result, is that by the beginning of March, a set of draft commitments will have been proposed to the government.

In the next phase, the process will fully merge with the government’s schedule. Between 5- 11 March, a series of debates will be co-organized by the Government and the CSOs, under the ad-hoc Open Government Week brand (5th is Open Data Day, and 7-11 is Open Education Week). The public presentation of the IRM report is also scheduled in the same period (although “only” 8 months old, the report will still provide some useful information). It will be an excellent opportunity to start discussing the proposals and hearing more about the governments’ own plans. Discussions will continue until the end of April, when the first version of a Plan agreed by both parts will be available. In the final phase, final comments from the public will be incorporated into the document to be adopted by government decision.

From our previous experiences, we have learned that the critical point will be reached once discussions with each implementing agency start. This exercise is meant to improve the process based on the lessons learned in the past consultations. The government was always open to ideas but representatives of some ministries were not always eager to develop the proposals received in ambitious commitments. When an idea was proposed by civil society organizations, it was more likely to be poorly addressed by the respective agency, unless the proposing organization would come up with the whole document. This year, we are attempting to structure our ideas on the official commitment template, which should create a more solid base for dialogue.

The second action plan started ambitiously but ended with only one „starred commitment”, i.e. one that was deemed by evaluators as both ambitious and transformative, mostly because many ministries were reluctant to assume more ambitious goals. But I do hope that the results achieved so far, the support of the prime-minister, and the openness of the OGP coordination unit (under the prime-minister’s office) will be drivers for a better Plan. I promise to come back soon with more lessons from this exciting exercise.