In 2011, South Africa joined 7 other countries to found the Open Government Partnership (OGP). Since then, it has been joined by Ghana, Liberia, Kenya, Tanzania, Sierra Leone, Malawi and most recently, Tunisia as African countries participating in the OGP. For each of these countries, the motivation for joining the partnership was a desire to make their governments more accountable and responsive to their citizens.

The initial enthusiasm with which countries sought to use the OGP to advance open government reform in their countries seems to have waned, however. A worrying trend towards the closing of civic spaces in many African countries has been observed. In some countries reports are beginning to emerge alleging increasingly attempts by government to muzzle civil society and media in their countries through the passage of oppressive laws, regulations, and policies. The growing terrorist activities and threats of terrorist groups such as Boko Haram in West Africa and Al-Shabaab in East Africa presents another cause for concern for African states. The violence perpetrated by these groups has served to switch the narrative of governance in African states from democracy and openness to increased surveillance and homeland security. The pace of political change and growth; only a few years bursting with a thirst for openness and inclusivity; has become slow and in some countries the gear has been switched into reverse.

In 2015, however, the need to promote of transparent and accountable governance to address shared concerns in Africa is again set to take center stage. 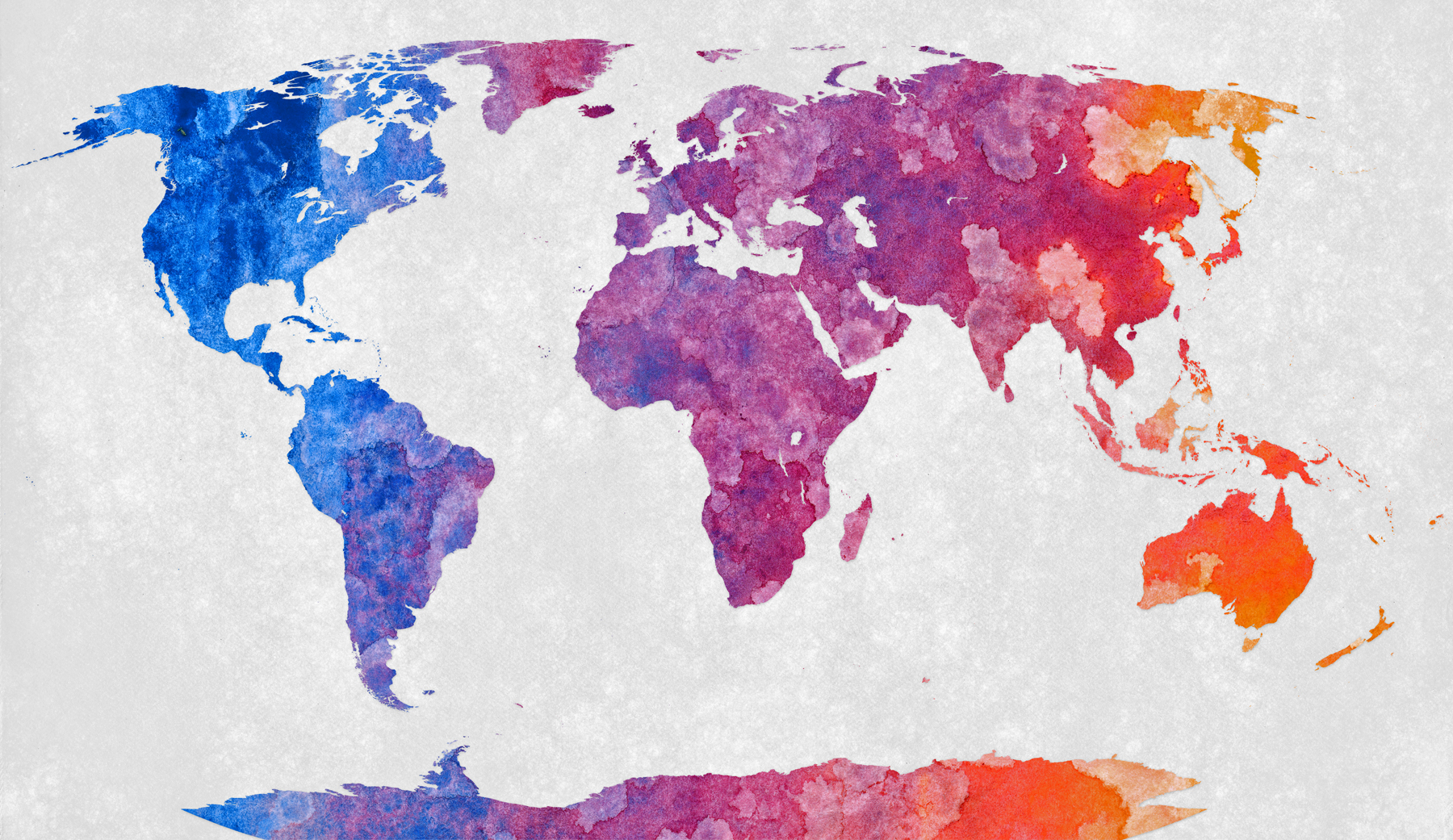 Governance Issues on the Continent

Debate on the construction of a global development framework and agenda beyond 2015 and the enduring calls to focus on open, inclusive, accountable and effective governance as a stand-alone goal of this agenda remains key in 2015. African OGP participating countries are already lending their voices to this discourse. The High Level Panel of Eminent Persons on the Post 2015 UN Development Agenda, upon which Liberia’s President Ellen Johnson Sirleaf sits as co-Chair; recommended the establishment of a specific goal to “ensure good governance and effective institutions” In September 2014, President John Mahama of Ghana co-hosted an event on the sidelines of the United Nations General Assembly (UNGA) meeting in New York, “Setting the Stage for the post-2015 era, Transparency, Good Governance and Effective Institutions as the basis for Success”, where he highlighted the significance of good governance and transparency, particularly to developing countries, since they needed every opportunity to improve both their infrastructure and economies.

Linked to the development discourse on the continent are the challenges associated with the realization of the post 2015 development goals and those of the Africa specific Agenda 2063. Both these development agendas will guide African countries’ efforts to achieve inclusive growth and development for all. Yet, the 2015 report of the African Union Commission/United Nations Economic Commission for Africa (AUC/ECA) High Level Panel on Illicit Financial Flows revealed that Africa loses USD 50 billion annually through illicit financial outflows with corruption playing a significant part in enabling these outflows. The report finds that, among other things, transparency is key to achieving success in the fight against IFFs and makes specific recommendations for States to address the broader structural issues that facilitate IFFs from the continent. Some of these recommendations include the establishment and strengthening of independent institutions and agencies of government responsible for preventing IFFs; and the institution of fiscal transparency measures. Effectively addressing IFFs will enable countries finance the implementation of components that will lead to the realization of their development goals.

Extractive industries; a key element in many African countries’ development agendas and economic strategies; will continue to attract the attention of governments, civil society, citizens and investors in 2015. With the continued discoveries of new resources on the continent, and some nearing commercial production, discourse on the legislative frameworks, regulatory structures, capacities and political will of African governments to effectively and transparently govern these industries for the benefit of their citizens will be ongoing. Alternative Mining Indaba meeting held in Cape Town, South Africa in February 2015 is testament to this. This meeting brought together various stakeholders from across the continent to discuss the social effects of mining and demand accountability, transparency and good governance to ensure that the benefits of natural resource mining are enjoyed by the people of Africa.

In 2015, the OGP again provides a useful platform and timely openings for African countries positioning themselves to begin to tackle these issues in an effective and concrete manner.

Governments of OGP participating countries co-create a National Action Plan (NAP) with civil society covering a two-year period and consisting of a set of commitments that advance transparency, accountability, participation and/or technological innovation. In 2015, five of the eight African countries participating in the OGP are due to submit their NAPs addressing priority areas for governance reform in their countries (Kenya, SA, Malawi, Ghana, Liberia).

For civil society in these countries, this is a useful and timely opening to get a seat at the table, as equal partners with their government counterparts, to specifically identify areas in need of reform and develop concrete, ambitious commitments towards achieving these reforms. In Ghana, for example, the development of the second NAP is an opportunity to build on the progress made towards the passage of a Right to Information (RTI) law; to cover commitments and milestones for its passage; but beyond that, its operationalization and implementation. For countries developing their second NAP such as Kenya, South Africa, Liberia and Ghana; the NAP process allows civil society to push for the broadening of topics covered in NAP implementation and bringing into OGP discourse more actors such as independent accountability institutions, parliament and other CSOs. Again, civil society should be alive to this opportunity and leverage it effectively. Importantly, too, civil society in these countries should start to self-organize and strategize on how to work with the government to set up an ongoing mechanism for civil society to support and provide feedback on implementation of OGP commitments.

South Africa’s Leadership of the OGP

In October 2014, the government of South Africa, took up the position of co-chair on the OGP; a position it will hold until October 2015 when it will assume from Mexico the role of lead chair of the OGP.. South Africa has committed, as co-chair of the OGP in 2015, to use its leadership role to “facilitate greater collaboration between the OGP, regional governance structures, and the United Nations system” and “promote meaningful regional outreach programmes and dialogue that empowers governments, civil society and citizens” on the continent.

As co-chair, South Africa now also has the opportunity to take the lead in the development of an Africa agenda for OGP. The need for such an agenda – one that resonates more closely with, and supports the formulation and advancement of, reforms and initiatives geared towards achieving the development aspirations of African countries – has been expressed by South Africa and other African actors the last few years but has not become concrete yet.

In 2015, Tanzania will host Africa’s second regional meeting on OGP. This meeting will bring together open government reform champions from all over the continent to share and learn from the OGP experiences of participating countries; present their NAPs; and explore opportunities for improved performance of OGP participating countries. Beyond the OGP participating countries, the meeting will target eligible[1] and near eligible[2] African countries pushing to join the OGP for support. In April 2015, the Civil Society Engagement (CSE) team will, with the support of OGP’s African civil society steering committee members, convene a pan-African conference call with lead CSOs that have been working on the OGP in the continent to discuss preparation for the meeting; and share updates on challenges, opportunities and strategies for civil society across the continent engaging on the OGP.

We are ready and committed to working with civil society on the continent to support effective engagement with the OGP processes in their countries in 2015, particularly with the development of their NAPs; and look forward to their robust participation at the Africa regional meeting.