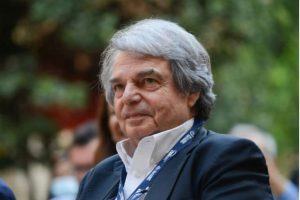 Renato Brunetta is the Minister for Public Administration in the Draghi Government, Member of Parliament, Professor of LaborTransparent workforce data and increased representation of workers in labor policy-making lead to policies that better protect workers’ rights and remove barriers for underrepresented groups in the ... Economics at the Tor Vergata University in Rome.

Minister Brunetta – you originally signed Italy’s Letter of Intent to join the Open Government PartnershipThe Open Government Partnership (OGP) is a multi-stakeholder initiative focused on improving government transparency, ensuring opportunities for citizen participation in public matters, and strengthen... More (OGP) back in 2011. In your opinion, how has open government evolved in Italy over the past 10 years?

First of all, let me recall that Italy was among the first countries to endorse the Open Government DeclarationThe Open Government Declaration is the declaration of commitment to upholding the principles of open and transparent government, approved by the founding countries of OGP in 2011. Countries are requir.... In my reform of the public administration, in 2009, I introduced the application of total disclosure as part of a wider project for contrasting opacity transparencyAccording to OGP’s Articles of Governance, transparency occurs when “government-held information (including on activities and decisions) is open, comprehensive, timely, freely available to the pub... More and measuring the results that public administration produces. Even then I was convinced that transparency of the administration was a key factor of the country’s efficiency and competitiveness. Since 2011, many things have changed, but the principles and values of OGP maintain their relevanceAccording to the OGP Articles of Governance, OGP commitments should include a clear open government lens. Specifically, they should advance at least one of the OGP values: transparency, citizen partic..., even more so in the current state of international affairs, as civic participation and access to government information are constantly challenged by technological and geopolitical developments.

Italy was the first country to host Settimana dell’Amministrazione Aperta (SAA) in 2017, which later inspired OGP’s Open Gov Week (OGW), now in its fourth year. Why did Italy first decide to create a SAA? How has it helped Italy to advance its open government agenda?

Italy hosted the first “Settimana dell’Amministrazione Aperta” to address the calls for action by several civil society organizations, under the aegis of the Ministry for Public Administration, which leads our participation in OGP since 2011. The Week was conceived to present the results of civil society initiatives, using the framework of collective dialogue based on commitmentOGP commitments are promises for reform co-created by governments and civil society and submitted as part of an action plan. Commitments typically include a description of the problem, concrete action... and responsibility. It is an opportunity to test Italy’s pledge to open government and to steer public action.

Italy published its fifth OGP action planAction plans are at the core of a government’s participation in OGP. They are the product of a co-creation process in which government and civil society jointly develop commitments to open governmen... in February this year, which, among a number of things, focuses on opening up the expenditure of Italy’s National Recovery and Resilience Plan. What do you believe are the most important opportunities in applying open government approaches to the pandemic recovery?’

Open government principles can be a source of accountability for policy-making, at both national and EU level. Our fifth national action plan, which is the result of a co-creation processCollaboration between government, civil society and other stakeholders (e.g., citizens, academics, private sector) is at the heart of the OGP process. Participating governments must ensure that a dive... where public actors and civil society organizations participated, aims to advance open government principles and to bring recovery and resilience closer to the practices of open government. The Recovery and Resilience Plan “Italia Domani” is the main instrument to renew our public policies around civil society and youthRecognizing that investing in youth means investing in a better future, OGP participating governments are creating meaningful opportunities for youth to participate in government processes. Technical ... engagement, transparency in the use of public funds, and digital innovation linked to public service deliveryTo ensure that citizens of all groups are better supported by the government, OGP participating governments are working to improve the quality of and access to public services. Commitments in this are....

Italy is co-chairing OGP with Aidan Eyakuze in 2022 and your co-chair agenda has three key goals: incentivizing country-level action; leveraging global and regional fora; and leading OGP into its second decade. How is the Europe Regional Meeting, hosted by Italy later this year, going to support these goals?

Our tenure as the lead co-chairsThe leadership of the Steering Committee is made up of four co-chairs who provide strategic guidance and support to advance OGP’s overarching priorities. Co-Chairs serve two-year terms beginning on ... of OGP comes at a particular moment for the Partnership and open government at large, as democracy is being challenged in several areas of the globe. The Europe Regional Meeting, hosted in Rome in October, will be an opportunity to take stock of the OGP accomplishments in its first decade of functioning and an opportunity to reflect on the road ahead under several perspectives: transparency of public communication in an evolving information ecosystem; evidence-based and data-driven public discussion and democratic engagement; digital delivery of public services; public sector integrity. 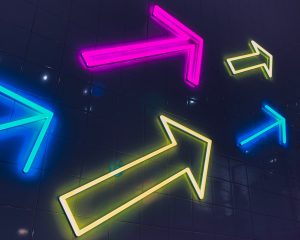 The Government of Italy and Aidan Eyakuze's 2021-2022 agenda focuses on incentivizing country-level action, leveraging global and regional fora, and leading OGP into its next decade. 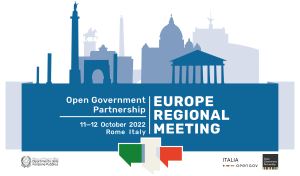 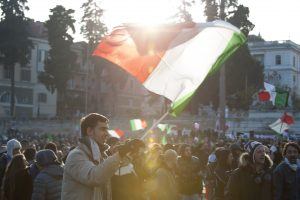