No Corruption, No Poverty: Will Open Government Work in the Philippines?

Just months into its mandate, the Aquino administration made a powerful push for better governance designed to reduce corruption and increase transparency, accountability and participatory decision making. The plan is anchored in the vision of Philippines President Aquino’s commitment of “kung walang corrupt, walang mahirap” or “No Corruption, No Poverty” – which aims to tackle the grand challenges of improving public services, increasing public integrity and managing public resources more effectively.

At its core, the government’s blueprint for implementing its “Social Contract with the Filipino People” is improving governance – with a goal to reduce poverty and achieve inclusive growth.

Achieving inclusive growth has been an elusive goal for the Philippines. Average GDP growth in the last 5 years improved to 6 percent a year, up from its long run trend of 2.5 percent. However, only recently did high economic growth start to translate into somewhat stronger job creation and faster poverty reduction.

A strong economy coupled with commitments to improving governance has increased confidence in the country’s prospects to achieve inclusive growth. Since taking office, the administration has made substantial improvements in areas such as budget formulation and transparency, open data, procurement and citizen participation. These measures are not just common sense, they also build trust with constituencies that have not always seen the government as a partner. This has helped to support a process of coalition building to ensure that this confidence becomes a reality.

Against this background, the Philippines took another important step forward in 2011 by becoming one of the eight founding members and signatories of the Open Government Partnership (OGP). An international platform to support domestic governance reforms by promoting openness, OGP aims to engage citizens in decision-making, implement high standards of professional integrity and increase access to new technologies. 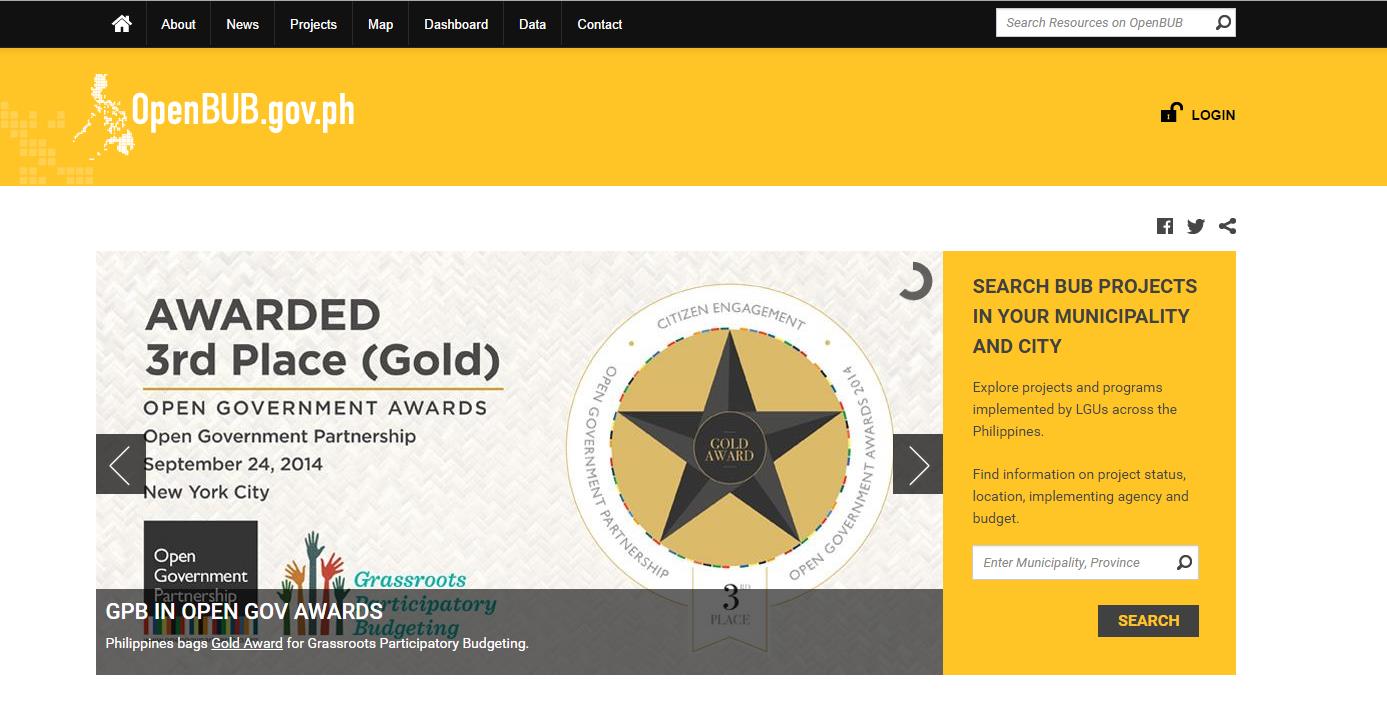 In September 2014, the Philippines was granted the Gold Open Government Award for Grassroots Participatory Budgeting (GPB) at the United Nations headquarters in New York. The country was recognized for its outstanding efforts to deepen citizen engagement in the budget process.

The award followed the disclosure of over 600 different data sets on the recently launched website for Open Data: data.gov.ph. These data are already being used to help contribute to disaster relief reporting, monitor public procurement, and track government expenditures. In addition, private sector developers have partnered in the project to created web applications that allow citizens to monitor and add to the data collection. More disclosures are on the way along with more ways for citizens to become involved.

Philippines officials are the first to point out that joining the OGP is just the first step in a long-term process. The major commitments for the next couple of years include the ratification of the Freedom of Information (FOI) Bill, including Open Data provisions, creating more demand-side engagement activities such as hackathons, workshops, Open Data walk-throughs, and preparing the technical and strategic frameworks for Phase II of Open Government Philippines, which focuses on the most important aspect of Open Government: closing the feedback loop between government being “open” and citizens using this openness to hold government accountable and improve its programs. Phase II therefore applies the principles and practices of openness to improve government programs across the board, including Bottom-Up-Budgeting (OpenBUB.gov.ph) and Open Reconstruction (OpenReconstruction.gov.ph).

The World Bank and other development partners have worked hand in hand with the government of the Philippines to help realize these goals. For example, the World Bank has provided technical assistance in the implementation of its OGP National Action Plan. It focuses on the Open Government Data initiative – part of a key set of instruments under the Philippines Good Governance Anti-Corruption Cluster Plan (GGAC 2013-16) for improved governance, transparency and innovation.

Through close collaboration with partners such as the Australian Department of Foreign Affairs and Trade, World Bank support has focused on information and communication technology, through open data platforms and open data policies. 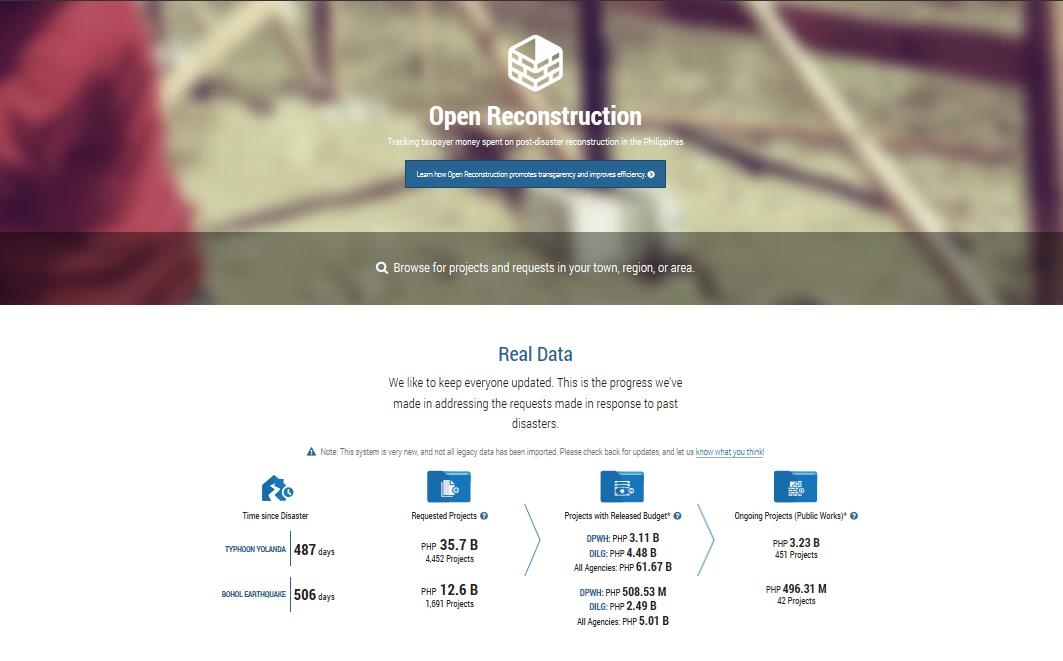 Sustaining reforms requires strong leadership, but, more importantly, it needs to be anchored on the support of broad-based coalitions – including civil society, the business community, and the civil service – the front lines of service delivery. Delivering good governance entails key public sector reforms, such as choosing wise policies and investments, ensuring that civil servants are skilled and motivated, directly confronting corruption, and demonstrating that the state’s resources are being used well, so that citizens have trust in their leaders and institutions.

Setting a new trajectory calls for not only the creation of an effective and efficient state which can deliver public services, it also implies taking on a larger agenda for creating an institutional framework which delivers good governance. It requires reaching outside of government to leverage a wider set of capabilities and resources to create transparency and accountability, and raising citizen awareness and providing them with the tools to hold their government accountable. The Philippines today provides as good an opportunity to see the current changes sustained, so that poverty can be eradicated within their lifetime.