Since 2014, Paraguay has taken big steps toward access to information by enacting Act 5282/14 of “Access to public information and government transparency”, which came into effect in 2015. Rules of operation 3064/15 were published that same year.

Paraguay’s third open government action plan (2016-2018) set the goal to establish access to public information bureaus and to strengthen development councils in at least 175 municipalities. These challenges, as well as others related to local governments, were taken on by the government agencies and civil society organizations that constitute the Open Government Board, such as the Technical Secretariat for Development and Social Planning (STP in Spanish), the Ministry of Justice (MJ), the National Secretariat for Information Technology and Communication, and the National Anticorruption Secretariat (SENAC in Spanish).

In Paraguay, there are 254 municipalities, 93 of which currently have a bureau of access to information. 27 of these bureaus were activated in just 10 days. This daunting task was completed thanks to the decision made by STP and MJ to visit each of the municipalities that were not complying with the law. Until then, only 66 municipalities had complied.

Dirt roads, electrical storms, wooden bridges, partially paved roads, municipal authorities that were reluctant or unaware of Act 5282, political divisions and lack of knowledge about sanctions were some of the situations encountered by the inter-institutional team that set out to visit all municipalities.

In addition to establishing the bureaus, we carried out training workshops for municipal officials and the citizenry about access to information. To this effect, we established a special task force with resources and staff from STP, MJ and other agencies, and supported by the Spanish Cooperation Agency for International Development (AECID in Spanish).

In a country where, ironically, public information was secret for a very long time, how can we establish bureaus of access to information?

As a first measure, we designed a strategy, building on open data of municipalities that both adhered and did not to the MJ’s access to information portal. This strategy identified an objective and realistic list of municipalities to be visited and consisted of an innovative working approach.

Visiting municipalities entails setting up meetings with officials and members of Municipal Development Councils and encouraging them to comply with Act 5282 and adhere to the portal. Compliance involves issuing resolutions to legally activate the bureaus. Of course, this is just one of many steps toward compliance, but a crucial one that many municipalities had not taken.

10 days and 27 bureaus. This story takes place in two departments: Canindeyu and Guaira. 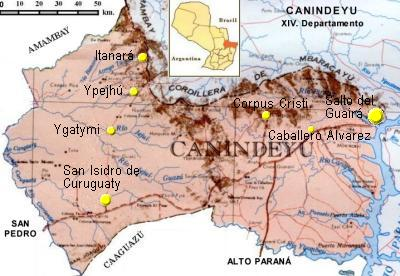 Canindeyu: 250 km from Asuncion (Paraguay´s capital city) and bordering Brazil, this department consists of 14 municipalities, of which only one was compliant with Act 5282. We set up meetings with officials and informed them of the regulatory framework. They claimed ignorance. Then, we informed them about its significance and relevance for them, as well as its impact on the citizens. They then issued a municipal resolution to create the bureaus. Some of them did that immediately, while others did it a few hours later.

Insecurity, as well as a lack of financial and human resources, were used as excuses for lack of compliance with the law. However, Canindeyu now has over 10 bureaus of access to information. We visited 13 municipalities. 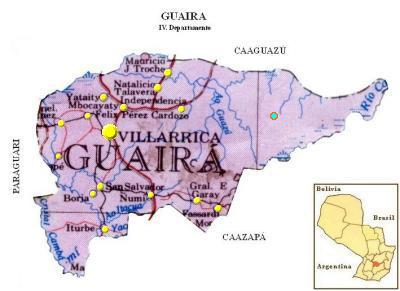 Guairá, with 18 municipalities is, like many departments, scarred by political divisions that have resulted in a political stalemate. Therefore, visiting this department was considerably more challenging and uncertain. However, we had a clear goal: activate bureaus of access to information in all municipalities.

The team was able to have conversations with the majority of officials after getting referrals (even to their personal addresses). Upon the team’s insistence, officials agreed to have conversations during non-working hours. This was an innovative approach: eliminate certain formalities, do not give up, and capitalize on the fact that their addresses were public knowledge.

Like in Canindeyu, officials from Guaira were informed about Act 5282 and its reach. Arguing political rivalry, some officials opposed to the creation of the bureaus. Excuses included a lack of infrastructure and poor understanding of the technology. They even alluded to the “municipal governments’ autonomy.”

Some municipal advisors were very helpful in persuading authorities. They thought of the bureaus as a mechanism for accountability, transparency and open data.

This was how we visited 17 municipalities, 17 of which activated bureaus of access to information.

We visited both departments in 10 days and traveled 1750 km. The 27 activated bureaus are a result of our group philosophy: Do not take no for an answer. This tenacity allowed for a structured and coordinated interinstitutional team. This is what allows for public policies to achieve greater impact and reach.

When you read this article, you can be sure that Elida, Liliana, Veronica, Milciades, Francisco, Rosa, Pedro, Eliana, Alvaro, Raquel and other staff will keep on touring Paraguay in an effort to create an open and transparent state for all.