Who Owns our Companies: Why Privacy isn’t Always in the Public Interest 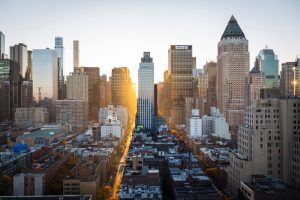 At the opening ceremony of the OGP Summit, Canadian Prime Minister Justin Trudeau highlighted some of the challenges involved in regulating social media giants like Facebook and Google.  Scandals from Cambridge Analytica and beyond have raised genuine concerns around privacy and data protection that are spilling over into the transparency movement. Here, a fine balance needs to be placed between respecting the privacy of individual citizens while supporting the open data movement in their efforts to create more transparent and accountable governments and businesses.

The Panama Papers leak undermined public trust in these institutions by revealing how anonymous companies have been used to hide corruption, finance terrorism, help the wealthiest avoid taxes, and launder money made through criminal activities like human trafficking and the drug trade.

The majority of companies are used for legitimate purposes but exposés like this and research  conducted by groups like the Stolen Asset Recovery Initiative clearly demonstrate that corporate structures can also be used to facilitate unethical behaviour.

How OGP Supports the Public Good

Fortunately, governments across the world are starting to take action. In 2016, the UK became the first G20 country to establish a publicly accessible central register, which shows who really owns and controls UK companies, sparking plans by several countries to follow suit. So far, 21 OGP members have made beneficial ownership-related commitments, and we can expect to see more following the launch of the Beneficial Ownership Leadership Group – a government coalition that will implement public, open data beneficial ownership – at this year’s OGP Global Summit. The Leadership Group also provides a platform to share best practice and coordinate the efforts of implementing governments. It’s an exciting move, which creates huge public benefit and can help both strengthen the social contract and market competitiveness.

As Robin Hodess, Director of Governance and Transparency at The B Team explains, “The corporate ownership data in public registers can be used to help ensure that companies are genuine rather than shells, with the aim of strengthening market integrity and increasing competitiveness.”

By making company ownership data open, easily accessible, and publicly available, civil society, investigative journalists, law enforcement, and other players can scrutinise data and combine it with other datasets, increasing the likelihood of spotting criminal activity. If it’s publicly available, company ownership data can also streamline due diligence processes for financial institutions. Over time, public availability will improve data accuracy by enabling greater oversight and scrutiny. As public company ownership information becomes a global norm, it will deter actors from using corporate structures for questionable purposes out of fear of public exposure. 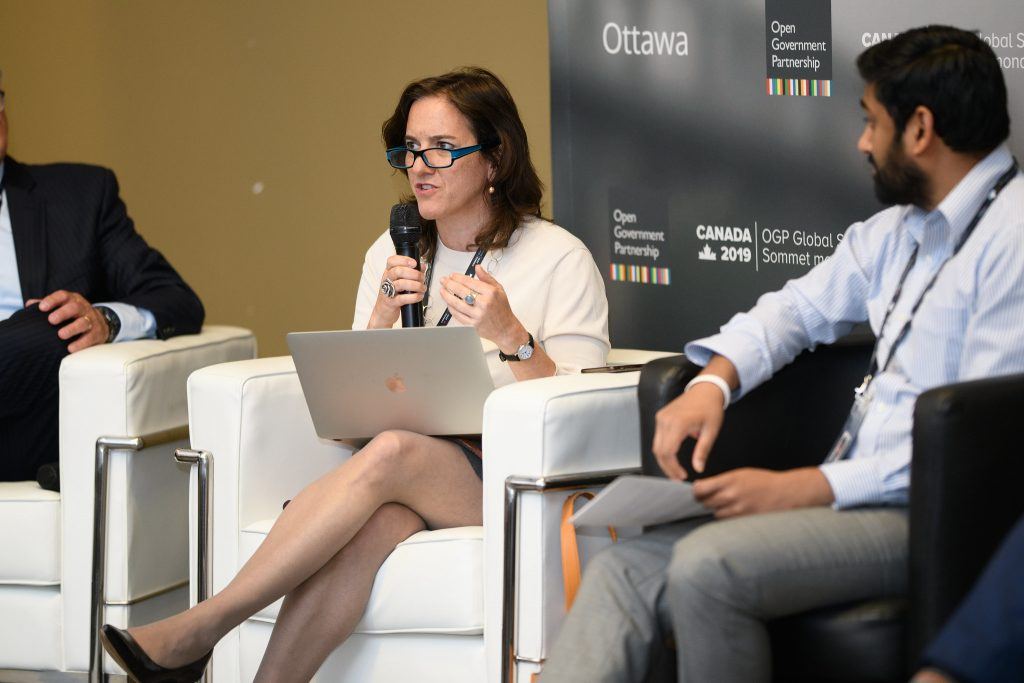 Robin Hodess (B Team) at the launch of the beneficial ownership coalition at the OGP Global Summit in Canada.

Despite the obvious public good in improving corporate transparency, some critics raise concerns that this infringes on the privacy rights of company owners. Anxiety about data protection is understandable in the wake of companies like Facebook exploiting personal data for commercial purposes.

The right to privacy is linked to autonomy and dignity, and it’s important to respect it. OGP is supporting these efforts through recent commitments in Australia, Denmark and Portugal. For example, Australia is working towards “improving privacy and personal information protections in using and sharing data.”

However, as OpenOwnership’s Head of Policy, Zosia Sztykowski, explains, “Publishing information about who owns companies is fundamentally different. This is about changing the role that companies play in society. We often forget that the legal form that we call a company can’t exist without the state, and agreements between states. Therefore, they have the right, and even the responsibility, to ensure they serve the social good. Open beneficial ownership data can help do just that. All while also providing desirable incentives for legitimate businesses, including reducing their risk of being exposed to bad actors and supporting the stability of economies globally.”

Privacy is a critical right, yet it isn’t absolute. When someone has a substantial ownership stake in a company, they gain a whole range of benefits, including protection from personal liability. Surely, in exchange for this privilege, governments can make sure that companies are used for their intended purposes?  In the name of prosperity and economic development, many countries have made it deliberately easy to open a company. This is all well and good, though unfortunately it’s had the unintended consequence of turning the corporation into an easily accessible escape vehicle for money launders. Governments must balance personal freedoms with a responsibility to create a fairer society.

Is it lawful to publish open beneficial ownership data?

Recent research from Engine Room, OpenOwnership and The B Team found that, according to a human rights legal framework, it is reasonable, lawful and effective to publicly publish beneficial ownership data in open data formats.  In many countries, laws and legislation require the public disclosure of beneficial ownership information, exempting this information from data protection restrictions.

Perceived risks to publicly publishing information about who owns and controls companies include kidnapping, identity theft, blackmail or government interference.  Such concerns are amplified in particular contexts, such as living under authoritarian regimes or being famous. To date, there are no documented examples of harm arising when company ownership information has been open and freely available, nor is there evidence that greater transparency has increased incidences of kidnapping or blackmail.  Moreover, this risk is most serious when information has already been published online in other formats. Despite such risks being incredibly rare, we must take them seriously as their consequences could be grave and far-reaching.

So how can we mitigate these risks?  Firstly, we must carefully consider justified exemptions, tailored to country context.  Let’s be clear here: being wealthy is not reason enough to be granted an exemption. Yet being a vulnerable person, such as having a religion or sexual orientation not recognised by their country, could be.  We need to ensure that a carefully designed and narrowly defined exemption process exists to allow those with legitimate security or privacy concerns to request that their details aren’t published in the public domain.  Such applications could be verified and judged by an independent body. These exemptions are likely to be few and far between. Of the more than one million UK companies analysed by OpenOwnership and Global Witness, 270 entities claimed exemption, with the government only granting five requests.

To comply with data protection laws, while mitigating risks and respecting an individual’s ultimate right to privacy, we need to ensure that the information we collect is proportional to our aims.  In other words, we must publish the minimal amount of information needed to identify the true owners of companies – excluding information like residential addresses, which could potentially threaten security.

Why does this matter for OGP?

The launch of the Beneficial Ownership Leadership Group at the Summit unites governments joining this coalition in the hope that public, open data beneficial ownership will become a global norm as the only way to combat the negative effects of anonymous company ownership. To the extent that privacy and data protection concerns continue to pose a barrier to realizing this norm, we can work through OGP to test new approaches and build knowledge and understanding on this important issue.

While we can’t foresee all the potential uses of this data, some of which may be unintended, organisations like OpenOwnership will work with information commissions to stay on the cutting edge of data use and responding rapidly to any unintended issues that arise.

If there are still concerns in your jurisdiction about data protection and privacy as it relates to public beneficial ownership data, use the OGP action plan cycle to conduct an assessment of the risks and possible mitigations. OpenOwnership would be delighted to support you.

As Zosia Sztykowski explains, “Privacy concerns must be taken seriously, but when the publication of open beneficial ownership data is implemented correctly, the key risks can be mitigated and should not be a barrier to enabling the significant commercial and public benefits it can bring about. This is a necessary step in fostering the greater openness that we need to reduce crime and corruption, stabilise markets and foster trust between governments, companies and the citizens they serve.”

A summary of the issues outlined in this article can be found below in the short report, entitled Privacy or Public Interest? Making the case for public information on company ownership, produced by OpenOwnership, The B Team and The Engine Room.  A more detailed report is available here.  You can also read more about how OGP and OpenOwnership are supporting global beneficial ownership transparency efforts here.

Can beneficial ownership transparency really be compatible with data protection?

Can beneficial ownership transparency really be compatible with data protection?