The Challenge Ahead for Latin America: From Participation to Results 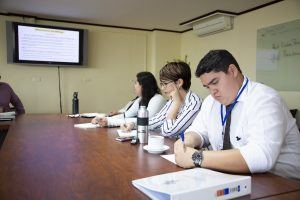 After the third wave of democratization from the late 70s to the 2000s, Latin America saw the growth of professional civil society organizations (CSOs) and the legal recognition of citizen participationAccording to OGP’s Articles of Governance, citizen participation occurs when “governments seek to mobilize citizens to engage in public debate, provide input, and make contributions that lead to m... More in public policy decision making. By the time the Open Government PartnershipThe Open Government Partnership (OGP) is a multi-stakeholder initiative focused on improving government transparency, ensuring opportunities for citizen participation in public matters, and strengthen... More (OGP) was founded in 2011, the region had long been navigating the complexities of engagement between a vibrant civil society and public administrations.

Latin America has been an important source of innovation in OGP. In nine years, 16 countries and five local governments from the region have joined. Collectively, they have introduced approximately 1200 commitments in over 65 action plans. With most countries currently in their third or fourth action planAction plans are at the core of a government’s participation in OGP. They are the product of a co-creation process in which government and civil society jointly develop commitments to open governmen... implementation cycle, we have learned much from their successes and challenges.

And behind it all, there has been a progressive structural change driven by creativity and innovation. CSOs and governments in Latin America have steadily improved their participation frameworks, starting from ad-hoc consultation opportunities to sophisticated platforms for multi-stakeholder engagement. Amid a wide range of challenges during the development of action plans, a few countries showed beams of light that pushed the region forward.

The first wave of action plans introduced in 2011 and 2012 were created with little participation, with governments mostly informing a handful of capital-based civil society organizations, if anything. However, Chile, Mexico, and Peru championed the concept of a permanent roundtable for civil society and government dialogue. In December 2011, Chile and Mexico established some of the first multi-stakeholder platforms for dialogue which became a preferred mechanism for participation for other OGP countries. It paved the way for the development of Chile’s civil society network which is among the most advanced forms of CSO coordination to participate in an OGP forum.

2014 to 2017 Action Plans
Countries seek out regional diverse and thematic specific input, but relations between government and CSOs are strained.

In 2014 and 2015, Colombia, Honduras, Dominican Republic, and Peru pioneered far reaching and broad national consultation frameworks to seek out direct citizen input for the development of their action plans. Additionally, countries also carried out thematic roundtables inviting experts to contribute in the development of specific commitments.

As part of a co-creation strategy, Colombia carried out 6 regional consultations to identify citizen and civil society priorities nationwide. They skillfully leveraged the OGP platform to address the challenges of post-conflict and implementation of the Peace Agreement through open government initiatives. Colombia’s second action plan included the largest amount of transformative commitments in one plan, as assessed by the IRM.

However, despite the increase of direct citizen input, most action plans were still developed without shared civil society ownership. Throughout 2015 to 2017, CSOs in multiple Latin American countries were critical of their governments. Strained relations between CSOs and governments in countries like Honduras, Guatemala, and Mexico caused major obstacles in the development and implementation of their action plans.

Throughout 2018
Countries set a new standard for participation frameworks and focused on addressing important policy issues beyond e-governmentGovernments are working to increase access to and quality of government services, improve transparency, and create opportunities for participation by using information and communications technologies ....

In 2018, Latin American countries institutionalized forums for governments and CSO to discuss policy and collaborate  on their action plans. These forums provide a framework of collaboration with clear rules and standards, which has been essential in promoting trust.

This has allowed governments and CSOs to reach a common understanding regarding the challenges both parties face in the process and which role they should play to achieve better results.

Action plans submitted in 2018 shifted focus from structural governance reforms or e-government initiatives to include commitments that respond to more specific national priorities. Paraguay, El Salvador, and Panama included strong commitments addressing justiceTo address barriers that prevent citizens from having their justice needs met, OGP participating governments are working to expand transparency, accountability, and inclusion into all systems of justi... reforms, participatory mechanisms for the recovery of historical memory, promotion of human rightsAn essential part of open government includes protecting the sacred freedoms and rights of all citizens, including the most vulnerable groups, and holding those who violate human rights accountable. T... and transparencyAccording to OGP’s Articles of Governance, transparency occurs when “government-held information (including on activities and decisions) is open, comprehensive, timely, freely available to the pub... More, and advancement of accountability in government infrastructure investment projects. Some action plans were also linked to international activities, such as the Sustainable Development GoalsOGP countries are experimenting with open government innovations to accelerate progress on the Sustainable Development Goals, particularly SDG 16+ which includes peaceful, just and inclusive societies... (SDGs).

2019 and Beyond
We see hints of a promising future amid a challenging context across the region, but will improvements in process translate to better results?

The action plans recently submitted in 2019 and those currently being co-created, face two important challenges:

1. With growing political unrest across the region, will all countries be able to leverage open government to face their national challenges?

It seems like countries are starting to discover that there is more value in developing a strategic vision for the action plan aligned with pressing regional challenges and the context in the country. Although not yet assessed by the IRM, Ecuador, Mexico, and Argentina introduced commitments on the eradication of gender-based violence, participation and access to information in the management of natural resourcesOGP participating governments are improving transparency and citizen participation in natural resource governance to help detect corruption, safeguard community interests, and support environmental su..., transparency of state-surveillance activities, and nationwide water management and sanitation, among other pressing issues.

Moving forward countries could consider using the OGP platform to:

2. Will Latin American countries be the ones to raise the bar for more ambitionAccording to OGP’s Articles of Governance, OGP commitments should “stretch government practice beyond its current baseline with respect to key areas of open government.” Ambition captures the po... and achieve more concrete and tangible results?

Since the first cycle of action plans until the most recently assessed cycle (2016-2018 action plans), nearly a third of commitments have resulted in significant improvements to open government. While Latin America is the leading OGP region in this area, action plan outcomes in the region have not grown throughout the years. IRM findings show that improvements in participation have not translated into more ambitious action plans or better results overall. IRM recommendations from 2016 and implementation recommendations from 2017 still ring true and can be extended to current action plans. For better implementation, countries could:

The OGP platform presents a clear opportunity to take advantage of the existing participation platforms and shift focus towards stronger implementation. With a new decade ahead, countries in the region must now evolve from innovating in participation processes to innovating to achieve stronger results. Are they up for the challenge?