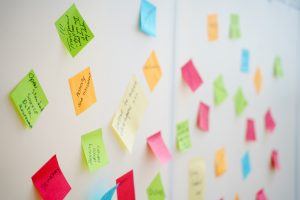 This blog was originally published on the EITI website. Read the original article here.

Since its creation in 2011, the Open Government Partnership (OGP) has successfully promoted open government reforms in 78 countries. Of these, 30 implement the EITI. The OGP can count many achievements over the past decade, many of which are shared with the EITI through national action plan commitments.

An OGP survey in 2019 identified significant potential to strengthen complementarities in countries that are members of OGP and the EITI. It found that EITI countries are using the OGP to accelerate or go beyond implementation of the EITI Standard. One in four extractives-related commitments in OGP Action Plans have the potential for high impact – this represents a greater level of ambition compared to other sectors. As the OGP enters its second decade and the EITI its third, the question is how to make the most of this potential.

The context for open government and transparency work has changed considerably over the past ten years. Authoritarian forms of government have reasserted themselves around the world, threatening civic space and undermining progress on governance reforms. Violent ousters of civilian governments in Myanmar and Afghanistan are reminders of how challenging it can be to make progress on transparency in fragile states. The COVID-19 pandemic has required governments to shift their focus towards economic recovery and job creation and away from transparency and openness.

But despite these setbacks, the future of transparency is not bleak. Democracies continue to play a leading role in promoting reforms in the OGP, and advancements in extractives transparency continue to motivate more countries to join the EITI.

The EITI Board adopted a set of strategic priorities for 2021-2022 that help identify areas for strengthening complementarity with the OGP. In particular, the EITI is focusing attention on the energy transition to help countries plan pathways to a low-carbon future. This entails empowering countries that depend on fossil fuels to use EITI data to consider the trade-offs and fiscal implications of reduced demand for fossil fuels. There is demand for the EITI to play a role in supporting governance, in the production of energy minerals and more broadly, in the energy sector. The OGP is giving more attention to open government reforms that help mitigate the worst effects of climate change, for example by encouraging public debate around fossil fuel subsidies as a national action plan commitment.

Anti-corruption is EITI’s second strategic priority. The EITI’s requirements on beneficial ownership and contract disclosure can enable EITI countries to ramp up progress on tackling corruption risk. The 2019 OGP survey found that most progress to date had been made on beneficial ownership transparency and contract transparency in the extractives sector, and 13 OGP national action plans currently embody these commitments.

The G7 statement released last month emphasises the importance of beneficial ownership transparency throughout the supply chain to help to mitigate corruption risks, demonstrating the political salience of this shared agenda.

There is also potential to build on momentum around contract transparency. In 2019 there were 16 commitments related to extractives contracts in 11 OGP countries, many of which were also EITI implementing countries. As of January 2021, countries implementing the EITI Standard are required to publish new and amended contracts. With open contracts increasingly becoming the norm in the extractives sector, this requirement offers scope for governments to further their anti-corruption efforts.

Open data as a norm is intrinsic to OGP’s and EITI’s goal of furthering transparency to promote good governance and is one of the EITI’s six strategic shifts. Most OGP action plans now have a digital element to seek feedback on public services and improve decision making. Twenty-three OGP members have made 39 extractives-focused commitments that specifically relate to open data initiatives. Around a quarter of data required by the EITI is now disclosed through government and company online sources. Both OGP and EITI emphasise the use of data to inform public debate and shape decision making. But the existence of data provides no assurance of transparency and accountability unless active efforts are made to promote greater access and uptake. The opportunity lies in broadening access to data, so that it is no longer confined to policy experts and data specialists, and in the innovative use of data platforms and mobile technology.

The growing tendency towards authoritarian forms of government is a reality for both the EITI and OGP.  Democracy as such is not a prerequisite for EITI membership, which depends instead on political commitment to transparency reforms. The OGP is more explicit in its sign-up criteria, requiring countries to demonstrate adherence to democratic norms. Yet both initiatives share a common commitment to protecting civic space, this being necessary to uphold freedoms of expression and association and facilitate public engagement. Civil society participation is critical to the multi-stakeholder governance of both organisations. The absence of civic space hinders the scope for using open data to promote accountability. Closer alignment on efforts to protect civic space in countries in both initiatives can provide a bulwark to political encroachment on fundamental freedoms. Civil society networks can counter threats to freedom of expression using OGP’s Rapid Response Protocol and EITI’s Rapid Response Mechanism. But they cannot do so alone and need support from government reformers to have an active voice and influence.

While there are near-term opportunities to promote shared strategic goals to progress transparency and accountability, such as the US Summit for Democracy and the OGP Summit, differences between the mandates of the two organisations offer longer-term opportunities for shared learning. The EITI’s private sector constituency provides a vital strand in its multi-stakeholder governance structure with growing opportunities to strengthen corporate accountability through participation in the EITI process. Private sector engagement has not been a major feature of the OGP process to date in most member countries, but it could present an opportunity for broadening reach and influence, drawing on lessons from EITI’s experience.

OGP’s goal of promoting a participatory and inclusive vision of democracy offers insights for the EITI, especially in fragile states. Established democracies are more resilient to authoritarian reversals and more amenable to governance reforms. This is especially salient at a time when elected governments have proved vulnerable to military coups and violent overthrow. Greater emphasis on strengthening institutions and protecting civic space in EITI countries would help strengthen such resilience. 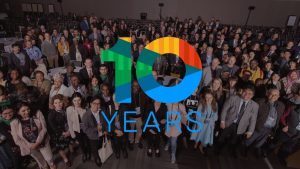 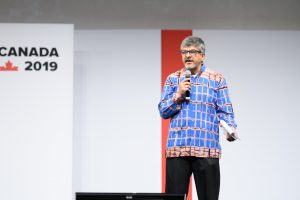 As OGP celebrates its 10th anniversary, we sat down with Rakesh Rajani, an open gov advocate who has been involved with OGP since its inception. 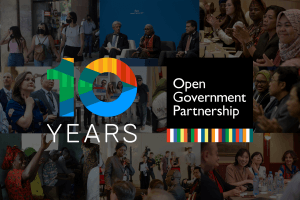 Ten years ago reformers inside and outside government launched OGP – a simple yet distinct way to join forces to create transparent, participatory, inclusive, and accountable solutions