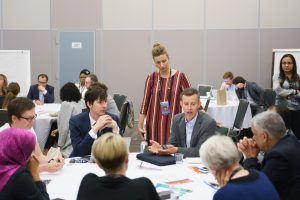 Since 2011, OGP’s Independent Reporting Mechanism (IRM)The Independent Reporting Mechanism (IRM) is OGP’s accountability arm and the main means of tracking progress in participating countries. The IRM provides independent, evidence-based, and objective ... has provided independent, evidence-based reporting to hold OGP members accountable and support their open government efforts. For each action planAction plans are at the core of a government’s participation in OGP. They are the product of a co-creation process in which government and civil society jointly develop commitments to open governmen..., the IRM offered “five key recommendations” to help members:

How have IRM recommendations evolved over time?

Early action plans were often novel learning experiences for OGP members. IRM recommendations originally focused on improving the OGP process itself,  like how to establish multi-stakeholder forums, structure national OGP processes, or consult stakeholders when developing and implementing commitments. As members gained experience, IRM recommendations became targeted to address specific gaps in open government policies or increase the potential of reforms based on previous or ongoing efforts. For example, in recent design reports for the Nordic countries (Denmark, Finland, Norway, and Sweden), the IRM recommended lobbyingLobbying transparency allows the public to ensure that there is diversity of participation and contribution to public decision-making. Technical specifications: Policies and actions affecting lobbying... transparencyAccording to OGP’s Articles of Governance, transparency occurs when “government-held information (including on activities and decisions) is open, comprehensive, timely, freely available to the pub... More measures to address possible political corruption between lobbyists and government or political officials. The four countries’ action plan cycles all started in 2019, so the recommendations had the additional potential of fostering synergies and peer learning.

Recent IRM recommendations also link action plans more directly to their national contexts. For example, in France, the IRM recommended linking OGP commitments to the Great National Debate, and in the Republic of Korea the IRM suggested aligning priorities as an incoming OGP Steering CommitteeThe Steering Committee is OGP’s executive decision-making body. Its role is to develop, promote and safeguard OGP’s values, principles and interests; establish OGP’s core ideas, policies, and ru... Co-Chair to the action plan. Finally, throughout its history, the IRM has used its recommendations to ensure that members are able to meet OGP’s co-creation and participation requirements.

In 2021, the IRM underwent a refresh to provide stakeholders (both in and outside of government) more timely and strategic input during key moments in the action plan cycle. This changed the way the IRM provides recommendations to OGP members. Previously, the IRM provided five general recommendations on all facets of an action plan (co-creation, commitmentOGP commitments are promises for reform co-created by governments and civil society and submitted as part of an action plan. Commitments typically include a description of the problem, concrete action... design, and implementation) in one report, which was often published deep into the action plan’s cycle. Starting in 2021, the IRM has broken up recommendations across two of its three new products, offered at two separate times with two distinct focuses:

The third new product, Results Report, is conceived primarily for accountability purposes and will not include IRM recommendations. However, they are also designed to understand the main drivers or constraints of results during implementation. Results Reports will inform how recommendations from other IRM products contribute to the OGP process and the outcomes of commitments.

One goal that emerged from the IRM Refresh was to improve the timeliness of IRM recommendations. Indeed, 61 percent of 25 recently submitted action plans reference IRM reports, recommendations, or guidance as a resource used to design processes and commitments. Therefore, it is important that the IRM provides timely and actionable findings and recommendations during the co-creation process.

The next decade of OGP is the IRM’s time to focus on results and the new IRM products are a step in that direction. After publishing the first batch of action plan reviews in July 2021, government points of contact complimented the timeliness of the reviews and identification of policy areas that were promising or potentially problematic. Timely, actionable recommendations can give governments targeted guidance on where to focus efforts, provide best practices used in other countries, and suggest how to use resources to achieve tangible results. 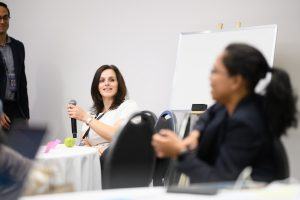 Join us October 25-29 for series of events and resource launches around the latest findings on performance of OGP members. 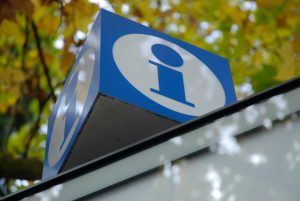 Reaffirming Freedom of Information in the Western Balkans after COVID-19

On paper, the Western Balkans have some of the most progressive Freedom of Information (FOI) laws in Europe. All OGP members in the region... 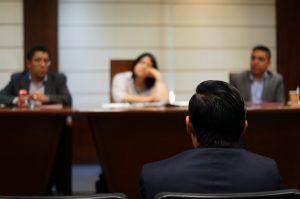 A Clear Commitment to Justice

Justice has become one of the most popular policy areas across the Partnership and the Independent Reporting Mechanism (IRM) has found many of these commitments to be highly impactful.