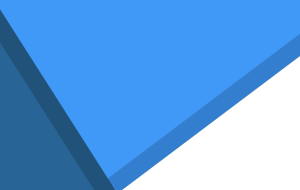 In 2016, OGP launched the “Subnational Government Pilot Program”, recognizing that many open government innovations and reforms are happening at the local level where governments can engage more directly with citizens and many crucial public services are delivered. The Pilot program consisted of 15 “pioneer” subnational governments who signed onto the Open Government Subnational Declaration. The pioneers submitted their first Action Plans in December 2016 and implemented them throughout 2017. Following the strong early resultsEarly results refer to concrete changes in government practice related to transparency, citizen participation, and/or public accountability as a result of a commitment’s implementation. OGP’s Inde... of the pilot, the OGP Steering CommitteeThe Steering Committee is OGP’s executive decision-making body. Its role is to develop, promote and safeguard OGP’s values, principles and interests; establish OGP’s core ideas, policies, and ru... approved the expansion of the subnational pilot program, later renamed the OGP Local Program. In 2018, 5 additional local governments joined the program.

To assess the implementation of these action plans, the IRM divided the research process in two parts: first, designing and developing a first draft assessing the 2018-2020/2021 action plans and second, carrying out the assessment for the remaining 2019-2021 action plans.

This first draft report looks at the level of citizen engagement in the process, analyses the key thematic trends across the cohort and discusses the main results achieved and challenges encountered over that period, including the impact of local responses to the pandemic. In addition, it draws out a series of broader lessons to inform the further roll-out of the OGP Local Program and to support new local governments developing and implementing action plans for the first time. The IRM will launch the final report with the assessment of all 16 local action plans in November.

How to read this report

Readers can find an overview of the key findings across the cohort of 12 local governments in the first section of the report. They can explore the main thematic areas covered by the plans and their relevanceAccording to the OGP Articles of Governance, OGP commitments should include a clear open government lens. Specifically, they should advance at least one of the OGP values: transparency, citizen partic... to OGP values and review a selection of the most promising early results achieved, as well as the main challenges which hindered the completionImplementers must follow through on their commitments for them to achieve impact. For each commitment, OGP’s Independent Reporting Mechanism (IRM) evaluates the degree to which the activities outlin... of commitments. Readers can also learn about the levels of citizen engagement in action planAction plans are at the core of a government’s participation in OGP. They are the product of a co-creation process in which government and civil society jointly develop commitments to open governmen... implementation across the cohort and reflect on key lessons and recommendations from the collective experience of the 12 participating local governments.

For those who wish to read a more in-depth analysis of a particular local government´s action plan, Annex 1 provides a 3-4 page summary assessment of the implementation of each of the 12 local action plans, including early results, level of completion for each commitmentOGP commitments are promises for reform co-created by governments and civil society and submitted as part of an action plan. Commitments typically include a description of the problem, concrete action... and level of civil society and public engagement during implementation. These snapshots replace the longer end-of-term reports produced for the first cycle of local government action plans in 2017.

For any questions or comments, please do not hesitate to reach out to irmlocal@opengovpartnership.org

I really enjoyed reading this report and harvesting the insights it reveals about the successes and challenges of achieving impactful local government commitments. I contend that the relatively higher success of infrastructure and public service delivery commitments is to be expected as is the tendency for Locals to focus on open data commitments in their first rounds of Action Plans.