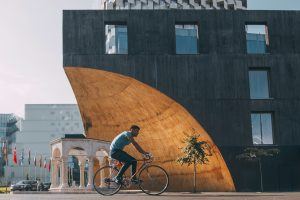 By Alexandr Bormotin, via Unsplash

This blog is part of IRM Week: A Year in Review. Throughout the week, the Independent Reporting Mechanism (IRM) will share findings and analysis from recent reports through a series of events, report launches blogs, and fact sheets. Learn more here.

On 15-16 October, OGP ran a series of online workshops with Western Balkan Government Points of Contact to learn about improving co-creation of OGP action plans, making commitments more ambitious, and exploring open government topics. This blog post pulls together some of the content from those workshops as well as a comparative analysis of Western Balkan action plans by the IRM.

Since joining the Open Government Partnership (OGP), six countries of the Western Balkans – Albania (2011), Bosnia and Herzegovina (2014), Croatia (2011), Montenegro (2011), North Macedonia (2011), and Serbia (2012) – have made over 350 commitments to implement open government reforms. Yet ongoing institutional and political challenges have reduced the impact of, and have even weakened, democractic progress made over the years. Continuing open government reforms and restoring civic space will help to ensure these countries continue their path towards being stronger democracies.

Ongoing challenges in Western Balkan countries hold many of them back in their progress towards attaining EU membership. In Serbia, the main opposition parties boycotted this summer’s parliamentary elections. Journalists and media in Montenegro, Serbia, and Bosnia and Herzegovina continue to come under pressure from authorities, and threats and attacks are a persistent problem. Albania has drawn criticism for a new draft anti-defamation law that “would empower the authorities to shut down online media without judicial oversight”. Montenegro has not progressed on the independence of its Judicial Council and only 24% of the Croatian public perceive the country’s judiciary to be independent, the lowest in the EU.

The transformation of civic space is crucial to the sustainability of democratic reforms and more open government in the region. OGP provides a framework that can address these key issues on transparency, civic participation and public accountability, alongside a process establishing greater engagement with civil society.

Based on data gathered by the OGP’s Independent Reporting Mechanism (IRM), the most recent Western Balkan action plans submitted in 2018 and 2019 contain 70 open government commitments, including some relevant to EU membership.

Of these 70 commitments, 51% could lead to significant progress in areas like access to information, citizen engagement, and fiscal transparency. However, there is a wide difference between governments in the region in the number of ambitious open government commitments. For example, some countries have no such commitments, while 26% of the commitments in Croatia’s 2018-20 action plan are potentially transformative (the one country that has already attained EU membership).

Potentially transformative commitments from the region stretch from improving implementation of proactive transparency measures in Serbia’s freedom of information legislation, to fiscal openness in Croatia and North Macedonia by publishing detailed budget and spending data at all levels of government. Additional steps, such as raising awareness among data users of new proactively published information and working closely with civil society to improve the relevance and quality of this information, could further enhance the commitments’ impacts. Other such commitments introduce access to justice measures in North Macedonia, as well as whistleblower protections, a centralised online government portal, and political and election campaign financing transparency in Croatia.

However, the COVID-19 pandemic has strained the region’s engagement with open government principles. Constitutional courts, investigative journalists and civil society monitors have highlighted and challenged the use of state of emergency powers to severely limit fundamental freedoms and human rights, the concentration of power in the executive over parliaments, and questionable public procurement decisions.

On top of enhancing media freedoms and tackling political corruption, countries can address challenges in other policy areas using the OGP framework, including:

But before open government commitments make it into an OGP action plan, government and civil society reformers come together to discuss thematic priorities. At recent workshops, country government points of contact shared the advances with online repositories charting progress on co-creation and implementation of commitments, development of multi-stakeholder forums to co-create action plans, and explained the new interactions with local government representatives.

Yet co-creation processes vary across the Western Balkans from not meeting the basic OGP requirements for participation to having a collaborative development process. Moving forward, all Western Balkan countries should ensure that multi-stakeholder forums exist and function to OGP standards, and that their online OGP repositories have complete, up-to-date and easily accessible information. They must engage with a broad cross-section of citizens, and provide reasoned responses to civil society and citizen input.

The OGP co-creation process provides a space to build up greater trust between civil society and government, draw up an agenda for greater openness in government decision-making and increase confidence in the rule of law. Improvements in access to justice, countering corruption in procurement, and enhancing civic space make an important contribution in moving closer to EU membership and, crucially, in building citizens’ trust in government. 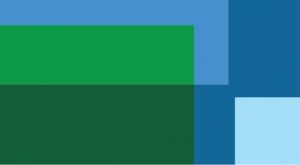 IRM Week: A Year in Review