In support of¬ÝOpen Renewal, the Co-Chairs of OGP, the Republic of Korea and Maria Baron of Directorio Legislativo, have launched a global call-to-action for all OGP members in 2021 to use their¬Ýnew and existing action plans to make ambitious commitments that address core challenges. This includes anti-corruption, civic space and participation, and digital governance where they can share their expertise and experience. Read their letter to the community¬Ýhere.

Corruption is defined as the abuse of entrusted power for private gain. It continues to be one of the greatest systemic problems faced by countries worldwide. Transparency International‚Äôs 2020 Corruption Perceptions Index (CPI) revealed a concerning trend that ‚Äúmost countries made little to no progress in tackling corruption in almost a decade.‚Äù

2020 brought unprecedented corruption-related challenges due to the COVID-19 pandemic. Nearly $11.7 trillion was spent by governments worldwide to address a range of issues resulting from the pandemic. However, issues like contract irregularities, missing government aid packages and medical supplies, bribery, money laundering, fraud, embezzlement, and conflicts of interest¬Ýwere exacerbated during the pandemic as corruption often thrives during emergency situations.

Corruption continues to undermine democratic institutions worldwide. Without strong commitments focused on political integrity, achieving OGP‚Äôs partnership-wide goals of economic recovery, tackling systemic inequalities, safeguarding threats to democracy, and having a more citizen-centered democracy will be even more difficult. These corrupt, interconnected practices — experienced by high and low income countries alike — have ultimately lowered the quality of public services, diverted aid away from those most in need, deepened inequality, and eroded the trust between citizens and the state.

As a community, OGP members have advanced a number of anti-corruption reforms. Domestically-owned OGP action plans have seen an increase in critical areas such as open contracting and public procurement, beneficial ownership, political integrity, and extractive industries. Historically, OGP commitments have focused more on prevention of corruption than on investigations and sanctions; however, many of the transparency and accountability policies have provided direct value to law enforcement, investigative journalism, and public mobilization around political transitions.¬Ý

As of March 2021, of the 722 anti-corruption commitments implemented by 91 members over the past ten years, 57 percent were considered ‚Äúambitious‚Äù and 21 percent showed strong results in opening up government, based on assessment by OGP‚Äôs Independent Reporting Mechanism (IRM).

As the 2021 OGP co-chairs, the government of the Republic of Korea and Maria Baron, Executive Director of Directorio Legislativo, launch their call-to-action, even more anti-corruption success could be realized. The OGP co-creation process ensures action plans reflect the right representation from government, parliament, civil society, independent state institutions, and the private sector needed to identify, diagnose, and design effective solutions.¬Ý

Data on action plan progress demonstrates the value of using OGP to catalyze and coordinate progress across government departments, as well as for the international exchange of ideas and learnings. OGP action plans serve as an important mechanism for accountability of implementation of commitments made on the global stage. For example, following the 2016 London Anti-Corruption Summit, at least 20 OGP countries included their commitments within OGP action plans. Recent analysis by Transparency International on their progress suggests including commitments can strengthen implementation. In 2003, the United Nations adopted the UN Convention Against Corruption, which continues to help shape several countries‚Äô action plans. OGP action plans will benefit from several global forums focusing on anti-corruption in 2021: G7 Summit and UNGASS Conference in June, G20 Forum in October, the OGP Global Summit in December, the proposed Summit for Democracy to be hosted by the United States.

Below are several anti-corruption policy options, along with illustrative examples of existing OGP commitments. This is not intended to be a cumulative list, but rather a guide which draws on recent OGP resources on the topic, including the Open Government Guide (Open Response + Open Recovery edition), the OGP Global Report, and thematic briefs that have been developed in collaboration with OGP partners working on these topics. These policy actions may be implemented at both the national and local government levels, depending on mandate and country context.

Money in politics covers a wide range of interrelated issues that damage governance structures and weaken the rule of law.

The United Nations Office of Drugs and Crime (UNODC) estimates that corruption and fraud may amount to 10 to 25 percent of a contract‚Äôs value. This means that essential services may not be delivered to those who need it the most. Government contracts can be used to hide illicit money flows and with an estimated global average of $13 trillion a year, having a beneficial ownership register for government suppliers can make it easier to detect corruption. As of March 2021, a total of 219 commitments from 75 OGP members were submitted on open contracting and public procurement. About 33 percent of these achieved strong results.

Several high-income countries with their high levels of financial secrecy have long been considered tax havens, costing developing and emerging economies about $1 trillion annually in lost capital and revenue due to illicit financial flows. To address this, the United Kingdom announced a public register during the 2013 OGP Global Summit, which has grown to 31 members and resulted in 46 beneficial ownership commitments, 68 percent of which were considered ‚Äúambitious‚Äù indicating the transformational nature of this reform. Several OGP countries have also established registers in the extractives sector in compliance with EITI standards and built on future action plans to create public central registers. OGP‚Äôs Global Report on Beneficial Ownership took an in-depth look at the current commitments and offered detailed recommendations.

High revenues and profits from oil, gas, and mining renders extractive industries vulnerable to corruption. The OECD Foreign Bribery Report tagged the extractive sector as one with the highest incidents of bribery to secure contracts. At a global level, OGP amplified the effectiveness of the Extractive Industries Transparency Initiative (EITI) by adding visibility to EITI commitments echoed in OGP action plans. To date, 51 OGP members have made 145 commitments in extractive industries, 70 percent of which are considered ‚Äúambitious,‚Äù and 33 percent have achieved strong results. OGP published the research paper, Seeking Synergy: OGP and EITI, which provides recommendations on how to leverage both initiatives to make meaningful reforms in extractives governance.¬Ý

Whistleblowing is one of the most effective tools to expose and combat corruption. However, whistleblowers are often at risk due to potential retaliation. OGP developed A Guide to Open Government and the Coronavirus and included a module on whistleblower protection.¬Ý

Asset Recovery enables governments to retrieve funds that have been illegally obtained. Once returned, these funds can be used to fund development projects for the public‚Äôs benefit.¬Ý

The pandemic has shown just how easily things can break down. But it also offers the opportunity to build them back up, better and stronger. 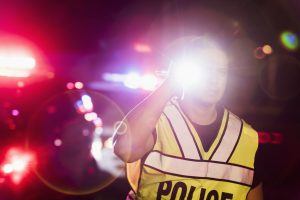